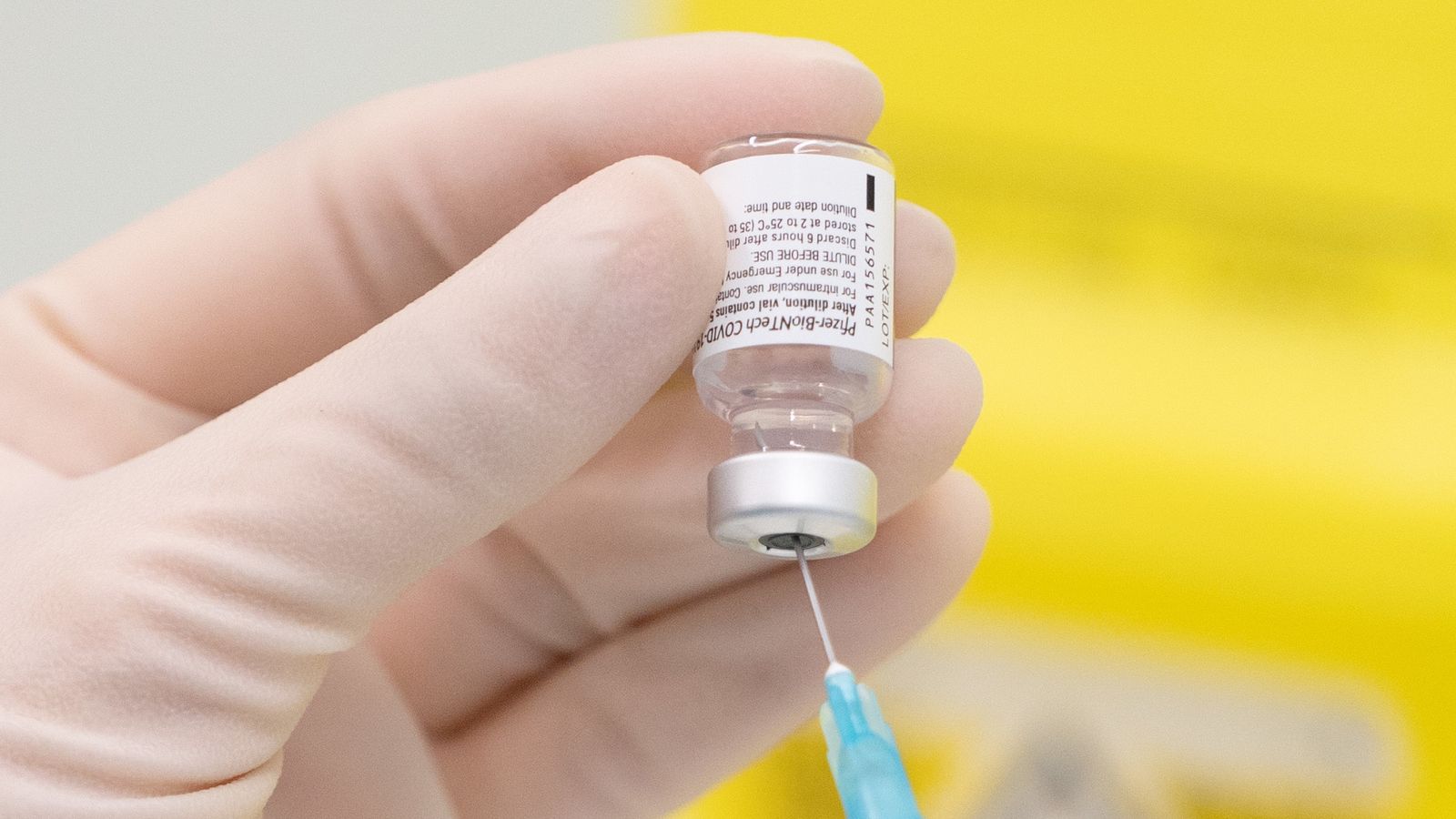 The UK will need to look “very carefully” at the protection provided by the Pfizer/BioNTech vaccine, the government’s chief scientific adviser has told Sky News, amid concerns its effectiveness is significantly lower than had been found in trials.

Sir Patrick Vallance said the government would “just need to keep measuring the numbers” as the vaccine is rolled out across the UK.

Answering questions from Sky News viewers, Sir Patrick was asked about an analysis from Israel, where the Pfizer jab has been rolled out the fastest.

That study suggested the effectiveness of the vaccine after a single dose was as low as 33% – rather than the 89% that had initially been thought.

The 89% figure – pointing to high short-term protection – was used to help justify the UK’s decision to delay giving a second vaccine dose to people for up to 12 weeks, as part of a push to get as many people as possible in the UK vaccinated with an initial first dose.

Sir Patrick said: “We need to look at this very carefully, we just need to keep measuring the numbers.”