Andrew King, the brainchild, heart and soul of Burning in The Skies, has just celebrated the release of his epic EP, “Caught In The Undertow.” With a Depeche Mode vibe, and a Linkin Park influence, the EP is already creating a global buzz. The eclectic music ranges from piano ballads too heavy guitar driven rock and synth propelled pop.

By day Andy is a physician’s assistant, a dream that he followed after losing a close friend and by night he is an accomplished musician with an accidental intent to share his music with world. Well on his way to accomplishing that, the British born rising superstar first created music as a hobby until people began to notice his talent and become addicted to his song….

What inspires your music?

I think anything from day to day life really. I think certainly when I feel emotion, I feel it quite deeply and I think sometimes I find it kind of hard to direct. I started writing songs even before I thought about the music. I just put it on paper so it all kind of started about four or five years ago and Burning In The Skies has only been around for about two years. It’s been a long time.

Burning In The Skies is all you?

It’s just me. That’s why I don’t perform live or anything. I make the music on my laptop with my guitar and keyboard. It’s always been on my bucket list to record a song to see what it sounds like and I’ve never looked back.

Who are your favorite music influences….who did you grow up listening to on the radio?

I didn’t really start listening to my own music until I was about 12 or 13 years old. I used to live with my mum and dad when they were together. My dad was kind of the head of the household and he would listen to his jazz music and his 70s and 80s kind of pop rock-ish music. I didn’t really enjoy the stuff, but I listened to it. When they got divorced and when me and my mum moved, the first thing I did was I got this little TV with my pocket money. It was only 10 pounds and gave me the music channels. It was the first time I got to listen to popular music and I’ll always remember one of the first songs I ever heard was Linkin Park’s song “Numb”. I just thought “WOW” I’ve never heard that music before. It sounded like it was from the soul. It sounded gritty and heavy. I decided to keep an eye on them. Then I heard “Breaking the Habit”, and I went to a popular music store over here and the first album I ever bought was Linkin Park’s “Meteora” album. Since then I have been a diehard Linkin Park fan. They are my biggest influence. 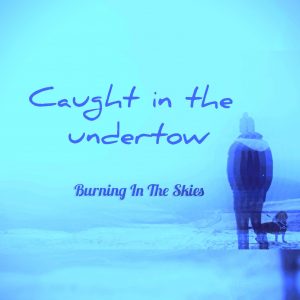 Where do you hope to be musically in five years?

In a dream world, I’d love to have a band together and I’d love to be successfully touring and maybe be able to live off that money. It’s such a hard industry to break into because there’s so much competition. Then on social media everyone offers to promote your music and you have to pay for it and when you’re naïve you jump at it. It’s very hard to even get yourself heard. I never actually was going to show people my music. I went to my friend and asked him to help me record the song and he had played it for his girlfriend who loved it. He told me to put it up somewhere but I didn’t know how and then he told me about DistroKid and how it went onto Spotify and iTunes and that kind of thing. So, I did that and put it on social media and then I kind of got a following. That gave me a little confidence to go back into the studio and record a couple of others. It just kind of snowballed from there really.

So, you kind of started by accident?

Precisely. I didn’t have any expectations and I thought I’m just gonna put my music out and now I’m probably my number one fan. I listen to my own music all of the time, in the car, when I’m at the gym. I think when you write music and it comes from the heart you can really obviously empathize with it and I think that’s what makes music so great. I think that’s why people like it so much and come together because they all share similar feelings as far as how a song makes them feel….I think music is wonderful. 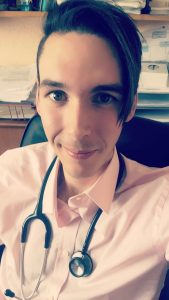 Tell me your story outside of music?

None of my family had been to University or anything like that. I came from quite a poor family, they always struggled. I said to myself that I wanted to earn more money and try and get to the top where I can, so I went to University and studied for a degree in zoology to begin with because I didn’t really know what I wanted to do. I love the biology but I bloody hate plants, so I studied zoology. I just really enjoyed the human part of physiology and one of the medical schools in London started a program for physician’s associate. So, I applied and I got in, and I’ve been a physician’s associate in general practice for the past eight years. When I was young, I had a best friend called James and he was like a brother to me. I would see him every day, we went to the same school. But I had a really bad year and my best friend committed suicide and then four months later my dad came down with a rare type of cancer and passed away. So ,it was a pretty horrible year and I think in a way that’s what kind of pushed me into the medical field. The reason I went into medicine is because I thought that I could empathize with things and maybe I could prevent certain things from happening. That has always been a big motivation for me.

Watch the “Biding My Time” lyric video from Burning In The Skies here:

“Caught In The Undertow” is now available worldwide. Listen here: