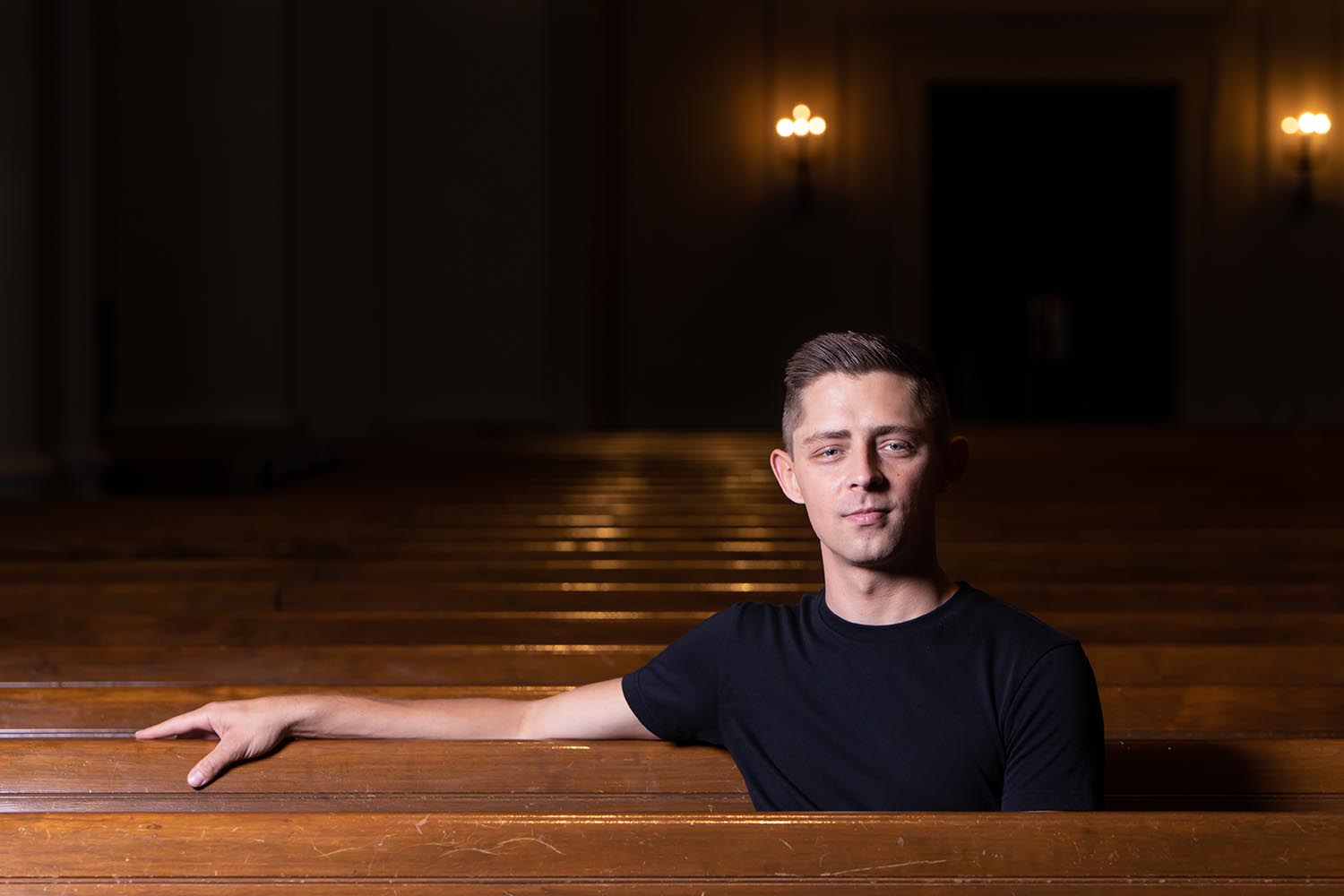 This piece originally appeared as part of Rolling Stone’s annual Hot List, in the July/August 2021 issue of the magazine.

Recently this thing has been happening to Brandan Robertson. He’ll be at a gay bar, minding his own business (sort of), when someone will approach to ask, “Are you a pastor by any chance?” Robertson will nod. “Are you that pastor who did that video on LGBT inclusion?” Robertson will nod again. Then, the gratitude will start flowing. “Thank you for what you do,” they’ll gush. And, “I appreciate what you said.” And, “I sent your video to my parents.”

These encounters, though frequent, are still striking for Robertson, 29, who had taken to TikTok during the pandemic just for kicks. “My first few videos were geeky, dancing in a clergy collar or whatever,” he says. “Then, I was like, ‘Well, let me just make videos about theology and politics, the two things I like to talk about.’ Within a few weeks, I was making videos about LGBT inclusion in the Bible.”


Beyond They/Them: What Are Neopronouns?

Within a few weeks of that, he had more than 3 million likes and had become one of the digital leaders of the so-called Christian left, a social-justice-minded counterpoint to the conservative evangelical faction that’s dominated faith-based rhetoric in American politics for decades.

In just 60 seconds of air time, Robertson debunked the “clobber passages” — the verses of the Bible that have been interpreted as a condemnation of homosexuality but were actually, he argues, referring to the sexual practices of pagan idol worship. When this and other such commentary inevitably brought about the wrath of other pastors, Robertson had some TikTok’d thoughts on that too: “On the Sunday after increased violence toward Asian Americans across the country, on the Sunday after a mass shooting, on a Sunday in the middle of a global pandemic, if you took time to preach a sermon about me and my TikTok and my progressive theological views, you don’t understand the gospel of Jesus Christ.”

Robertson first encountered that gospel when his Baptist neighbors invited him to church one Sunday at the age of 12. A few months later, he came back from worship service to announce to his alcoholic dad and stunned mom, “I got redeemed tonight,” having experienced a type of affirmation and welcome at church that he hadn’t in the Maryland trailer park where he was raised. A pastor later helped pay for his expenses at Chicago’s Moody Bible Institute, where it was practice for students to venture into the historic gay neighborhood of Boystown at 1 a.m. to proselytize. “The guise was you would find drunk gays and help them get home safely, and in so doing, also have an opportunity to share the gospel with them,” Robertson says. But instead of seeing sin, he saw something else: “It wasn’t brokenness. It was people celebrating who they were.”

By this point, Robertson had started to question his own sexuality, but even more profoundly, to question the brand of evangelical Christianity that prized indoctrination over earnest intellectual and theological pursuit. He started a blog called Re-vangelical that attempted to kick the tires of his faith, and began inviting “heretical” pastors to speak on campus radio. “They were really quite conservative,” he says in retrospect. “But, you know, they believed in evolution.”

He was called in for six different meetings with the dean and — as a condition of his graduation — spent his senior year attending weekly conversion-therapy sessions with an “ex-lesbian” professor. “We would ask God to reveal places of trauma in my childhood and then imagine Jesus stepping in,” Robertson explains. “The idea was that through working through the trauma, I could heal these wounds and my sexuality would be healed.” It didn’t quite work like that. “By the time I came to the end of senior year, I knew more certainly than ever that I was attracted to men.”

What he didn’t know was how many Christians were wrestling with the same questions he had. The year after he graduated from Moody was spent coming to new terms with his faith (“Jesus is hard to break away from”), and exploring the teachings of progressive religious leaders like pastor Rob Bell and writer Rachel Held Evans, who rejected the idea that the Bible was ever meant to be a static, literalist document, holding Christians to an ethic that’s more than 2,000 years old.

“If you don’t have any way to look at the Bible other than a science and history book, how are you ever going to evolve to women’s rights or gay rights or Black Lives Matter?” Robertson asks of the very movements he believes “radical, renegade, rabbi” Jesus would have supported.

Robertson has since attended a liberal seminary, pastored an inclusive church called Mission Gathering, written five books, and moved to Washington, D.C., to pursue work in faith-based activism. In 2016, he spoke at the White House about LGBTQ bullying, and has been working with legislators to draft laws outlawing conversion therapy and combating religious LGBTQ discrimination. “The first time the word ‘homosexuality’ ever appeared in the Bible was in 1946,” he points out.

Yet it’s only in the past pandemic year that he’s become the “TikTok preacher,” uniting far-flung progressive Christians in the digital sphere. He’s gotten his fair share of death threats and warnings that he’s going to hell. But, as he sees it, he’s doing God’s work. “I use religion to create justice in the world by empowering communities to do what’s right,” Robertson says. “I went from organized religion to religion for organizing.”

Watch George Jones Perform Some Classic Country Hits On ‘The Johnny Cash Show’ Back In 1970
Grumpy / Sunshine Duo Books for Fans of Wednesday and Enid
Get Smarter with these 25 Popular Science Books
American Aquarium Calls Out Venue For Taking 20% Of Merch Sales: “Tell Me Again Why They Deserve A 20% Cut?”
Conspiracy theorist who claimed Sandy Hook victims were actors says he’s bankrupt