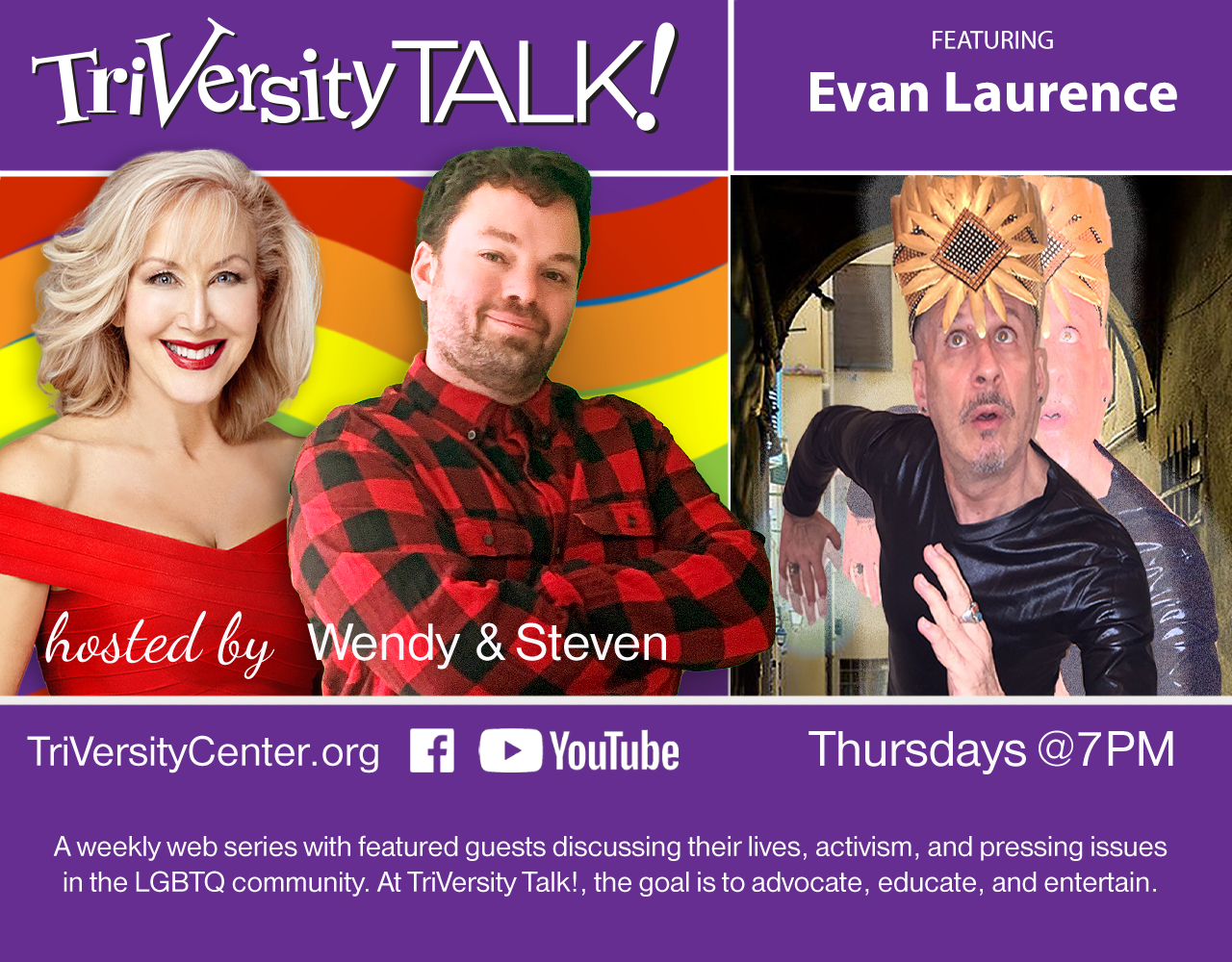 TriVersity Talk! is a weekly web series with featured guests discussing their lives, activism and pressing issues in the LGBTQ Community. With TriVersity Talk!, the goal is to laugh and learn. 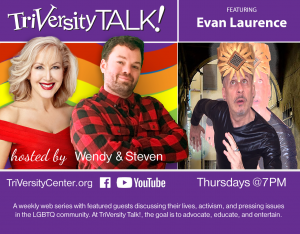 Evan Laurence is a musician, singer/songwriter, improv actor, milliner and creator of couture. He has performed and produced solo and variety shows at Don’t Tell Mama, Pangea, House of Yes, LITM and FM in Jersey City as part of Jersey City Pride, performing parody and original songs. Evan is #211 of Best of 2020 on Jim Silvestri’s popular nightlife blog https://www.thotyssey.com and is proud to be a regular performer in Chauncey Dandridge’s GLAM award nominated “Freak Out.” During these strange and solitary times, Evan’s creativity has soared with mask, jacket, headdresses and hats and his new music has taken a wonderful turn with an EP coming out later this year. He is proud to feature Felipe Rose, the original Indian from The Village People, in his fourth Jersey City Pride show – Evan Laurence presents The Fringe Fest Equality Rocks Spectacular on August 14, 3-7 pm ET.

The official website for the TriVersity Center may be found at: https://www.triversitycenter.org