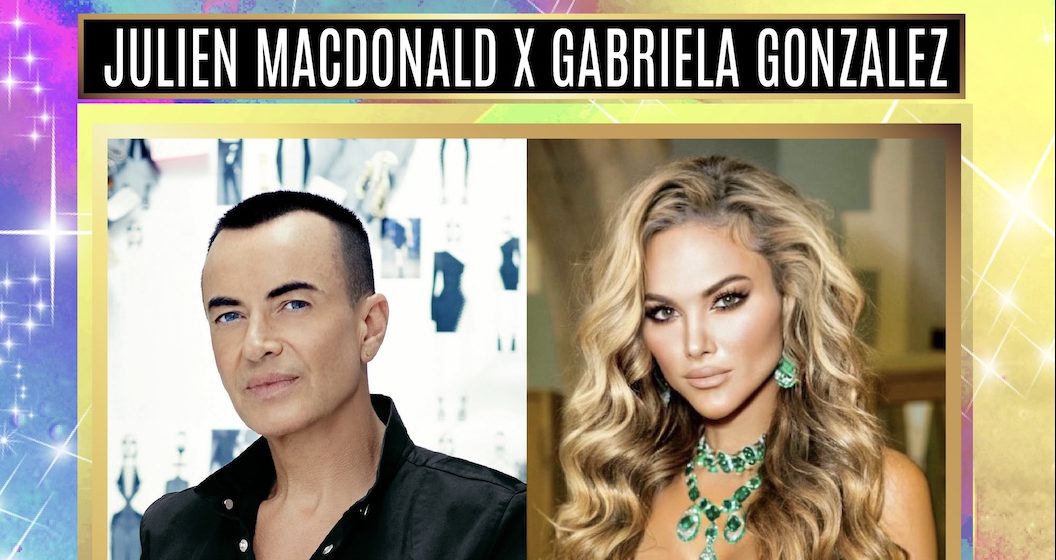 As The Simonetta Lein Show prepares to close its 3rd season, the show presents its very fashion panel with returning guest, Mexican designer and fashion icon Gabriela Gonzalez, but this time she is joined by renowned international fashion designer Julien Macdonald, whom she collaborated with for their joint brand, “Julien x Gabriela”. Not only business partners but dear friends, Gabriela has stormed the cover of top publications such as Vogue Magazine, while becoming the first Latin American designer to close a London Fashion Week. Julien has worked for famed houses of Givenchy, Fendi, and Chanel under the wing of the Legend Karl Lagerfeld, while launching his own label in 1997. The two have gone on to dress the world’s top celebrities and biggest names in fashion, with highly anticipated fashion shows each year. The two dear friends have joined Simonetta to discuss all things fashion, from how they met, to Julien’s early career. They even gave her a sneak peek into an upcoming second collaboration! This is a glamorous episode you won’t want to miss!

Simonetta’s prominent profile on Instagram has earned her more than five million followers, and she continues to grow her following by demonstrating her commitment to making a difference in her adopted city of Philadelphia and all around the world. https://www.instagram.com/tv/CSPLJ5cn0m8/?utm_medium=copy_link
The Simonetta Lein Show may be found on IMDB here: