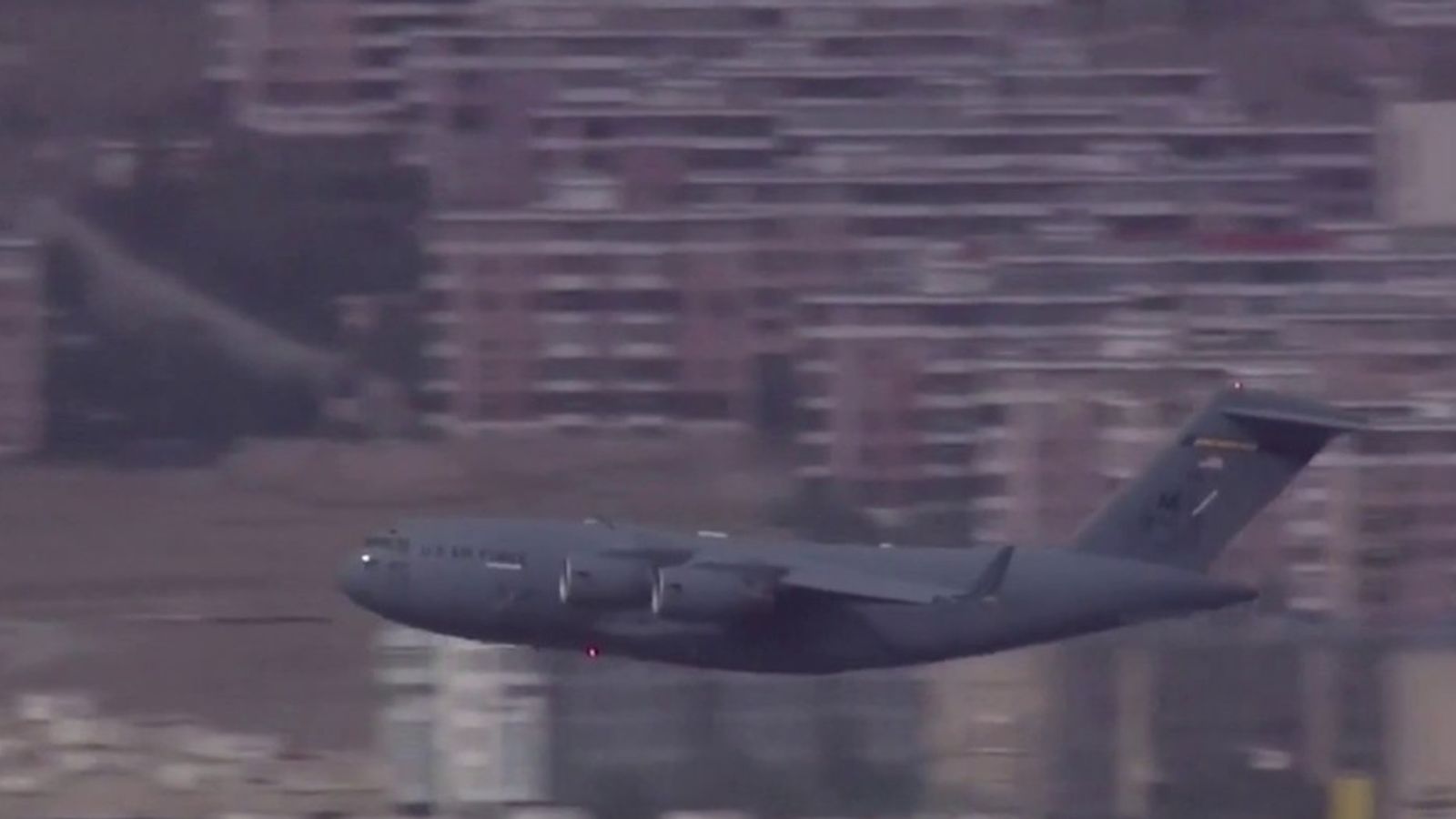 The US has completed its withdrawal from Afghanistan after the last of its planes took off from Kabul airport.

All its service members have now departed, bringing an end to a 20-year campaign that saw more than 2,400 Americans die – as well as tens of thousands of Afghans.

General Kenneth F McKenzie announced the “completion of our withdrawal” during a news conference at The Pentagon.

He said the US ambassador to Afghanistan, Ross Wilson, was on the last flight from Kabul.

“The last C-17 lifted off on 30 August at 3.29pm (EDT) and the last manned aircraft is clearing the airspace above Afghanistan now,” said General McKenzie, head of US Central Command.

He said the US and its allies had evacuated 123,000 civilians since 14 August, following the Taliban’s swift takeover.

However, the general acknowledged that while the “vast majority” of Americans who wanted to leave were able to, not everyone got out and that diplomatic means would now be used.

General McKenzie also told reporters that the threat from the ISIS-K group in Kabul was “very real” and warned an estimated 2,000 “hardcore” ISIS fighters were still in Afghanistan.

The group, a regional affiliate of the Islamic State terror group, was behind last week’s suicide attack at Kabul airport that killed 13 US service members, three Britons and scores of Afghans.

It also claimed responsibility for a rocket attack on the airport on Monday.

The Taliban established a “firm perimeter” as the final flight left, said General McKenzie, and were “helpful and useful” as the US drew a line under two weeks of frantic airlifts.

The pull-out means President Biden has followed through on a Trump pledge to leave Afghanistan.

However, many have criticised him for pushing ahead with the wind down of troops after the Taliban seized the opportunity to quickly over-run the Afghan military and take power.

There are fears that – despite their assurances – the group will reimpose their violent form of Sharia law that previously saw women’s rights reduced to practically zero.