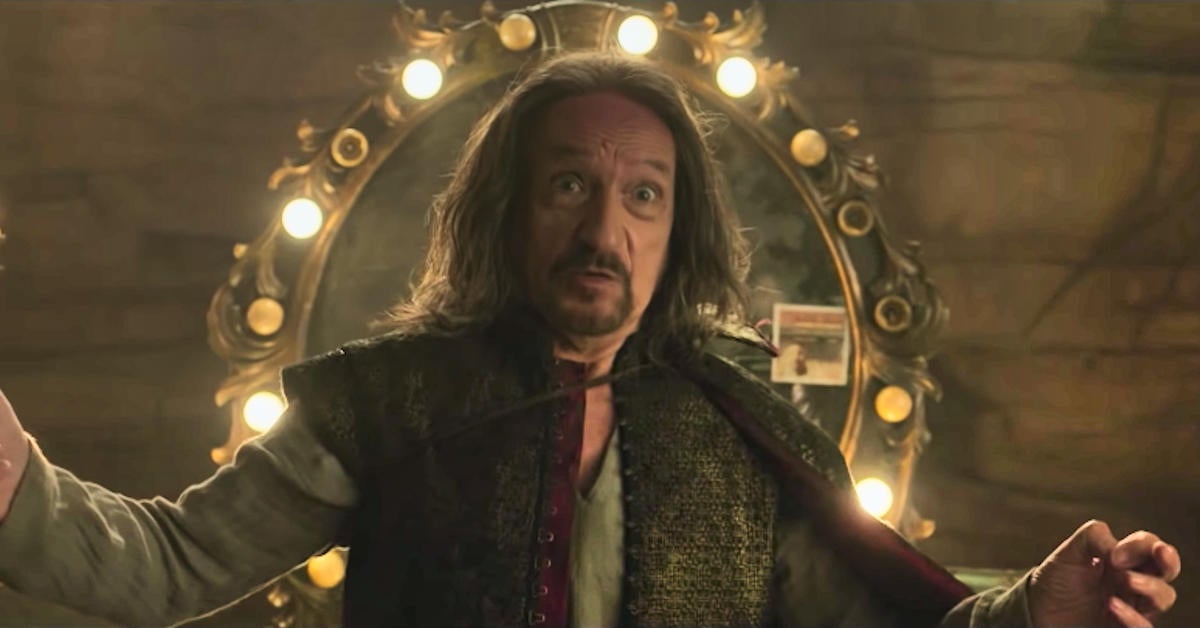 Shang-Chi and the Legend of the Ten Rings is finally playing in theatres and while it features an almost entirely new cast of MCU characters, there was one unexpected appearance from a returning actor. Ben Kingsley reprised his role as Trevor Slattery AKA the fake Mandarin from Iron Man 3, much to the delight of fans. Recently, director Destin Daniel Cretton has been sharing behind-the-scenes content from Shang-Chi‘s production on Instagram, and his latest post is a sweet tribute to Kingsley.

“Sir Ben Kingsley is in our movie! Watching this genius work was a highlight of my life. One of the best performers in the world, and such a good soul,” Cretton wrote. You can check out the photo of Kingsley and Cretton below:

“We’ve been talking about that when we do bring this character to the screen, [we] only wanted to do it when we felt we could do it supreme justice and really showcase the complexity of this character, which frankly we couldn’t do in an Iron Man movie because an Iron Man movie is about Iron Man; an Iron Man movie is about Tony Stark,” Marvel Studios head Kevin Feige previously said of the Mandarin and Slattery plot twist. “So [Iron Man 3 director] Shane Black, in his film and his script that he co-wrote, came up with this fun twist that we love to this day, and it turned out to be Trevor Slattery. Just because that version wasn’t real didn’t mean there’s not a leader of the Ten Rings organization, and that is who we meet for the first time in Shang-Chi.”

Not only did Shang-Chi have a record-breaking opening weekend at the box office, but it also earned the highest audience score of any Marvel Cinematic Universe film on Rotten Tomatoes. The movie was met with positive reviews from critics, earning a 92% critics score on Rotten Tomatoes after 272 reviews, and it also earned an impressive 98% audience score after 10,000+ reviews. ComicBook.com gave the movie a 4.5 out of 5, calling it “one of the Marvel Cinematic Universe’s best origin stories to date.” In addition to Kingsley, Shang-Chi and the Legend of the Ten Rings stars Simu Liu as Shang-Chi, Awkwafina as Katy, Meng’er Zhang as Xialing, Tony Leung as Wenwu, Michelle Yeoh as Jiang Nan, Fala Chen, Florian Munteanu, and Ronny Chieng. The movie was released with a 45-day exclusive theatrical window.

Shang-Chi and the Legend of the Ten Rings is now playing in theaters.