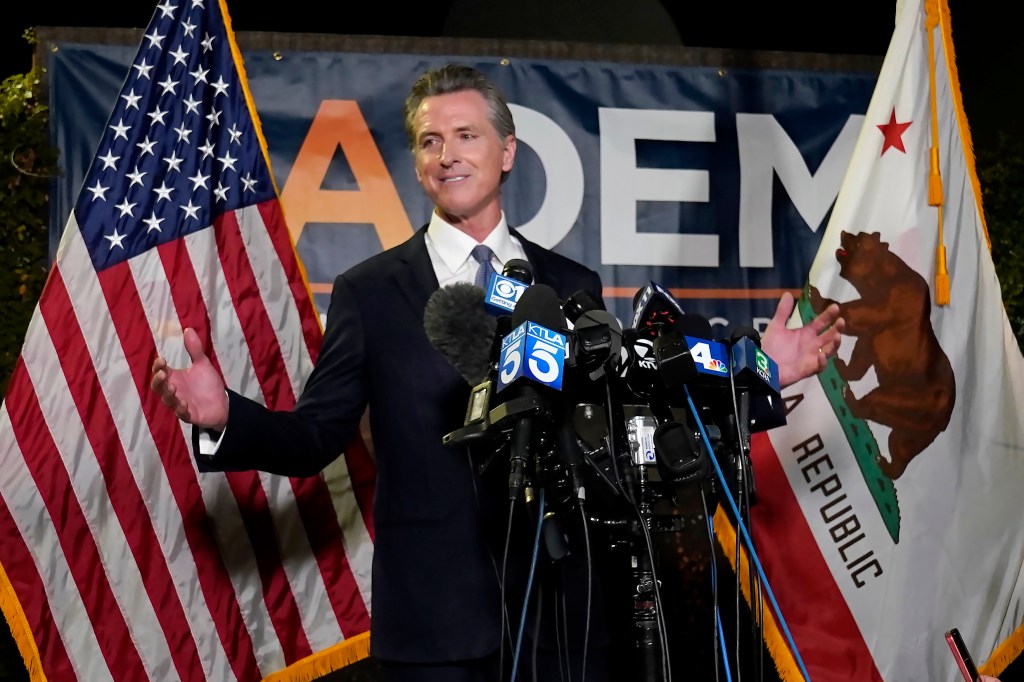 Refresh for updates … Gavin Newsom is staying put as California governor after the state’s voters declined to oust him in the recall election today. The issue has been front of mind for Californians — and Hollywood — for months, especially the past few weeks, and social media was flooded with reaction to the results tonight. Have a look at a sampling of them below.

Major news outlets began projecting the result about 40 minutes after polls closed 8 p.m. PT, after Los Angeles County’s mail-in ballots came in pro-Newsom in a big way. The governor beat back the recall attempt and conservative talk show host Larry Elder, who was the leading candidate to replace him.

It was a different result 18 years ago, when then-Gov. Gray Davis was recalled and replaced by Arnold Schwarzenegger. The actor-turned-pol was re-elected in 2007.

The multimillion-dollar 2021 recall effort in the deep-blue state drew the attention of national media and national politicians. President Joe Biden was in Southern California on Monday to stump for Newsom to give a speech in which he called Elder “a “clone of Donald Trump.” Vice President and California native Kamala Harris flew in from Washington, D.C, last week to campaign again the recall, framing the race within the larger context of the battle for voting rights and abortion rights.

In the end, it appears to be a landslide defeat for the recall. Here’s what people in the entertainment industry are saying about tonight’s failed bid:

Overheard: The vote was so lopsided, it’s basically Elder abuse.

Now that the phony #Recall agenda is over and #LarryElder can return to AM Radio to defend white supremacy and #CaitlynJenner can return to incoherent irrelevance we can focus on how #GavinNewsom has actually failed the state and figure out how to fix it. https://t.co/ShJDMnyZjy

What a waste of millions of dollars.

Hey @larryelder I dare your ass to say this loss by 30%+ was rigged. Just go for it, Homeslice. Ride that train ALL the way into Crazytown and whatnot.

CONGRATULATIONS GOV. GAVIN NEWSOM and your landslide victory! You crushed it. Another huge loss for Trump and Republicans. The American people do not want these hateful idiots in charge of anything. Gavin – keep moving California forward! Your state is the progressive leader!

.@GavinNewsom remains our Governor! Any “votes” for @larryelder weren’t even counted. There was no need. https://t.co/TFvYWlCykF

Oh, and now can we just put this “recall” notion to bed forever? pic.twitter.com/H99Nu9RMcg

Thank You #California Voters for voting NO on the recall! Governor Gavin Newsom has survived! #GavinNewsom https://t.co/E4cCBT5svg