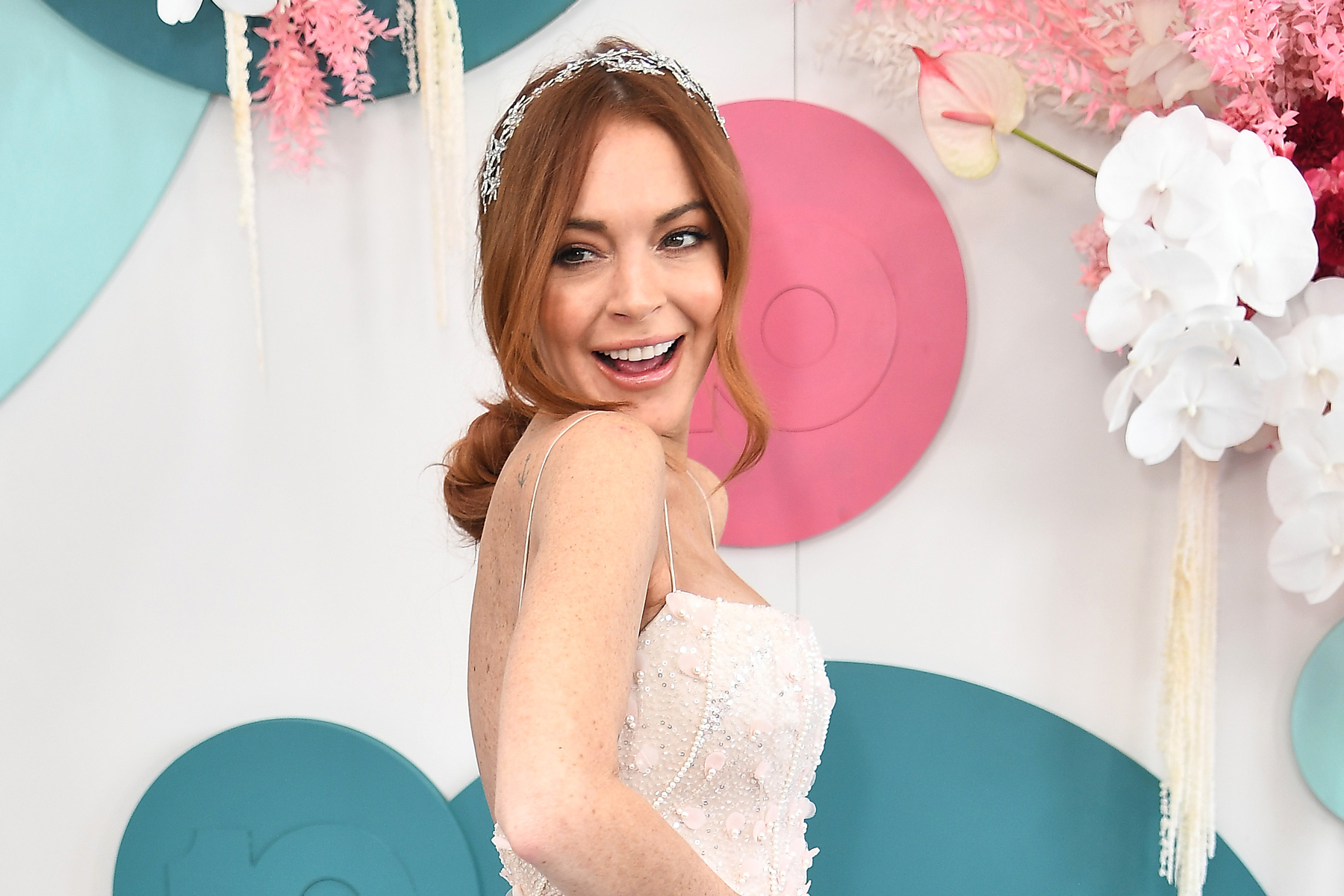 Because we live in an alternate timeline, today Lindsay Lohan tweeted an image of herself as an anthropomorphic dog, or her “fursona,” to promote an auction for the Canine Cartel, an online community that offers NFTs (non-fungible tokens) of special dog avatars.

“It’s official, I’m a Friend of The Cartel!!,” Lohan tweeted alongside a dog emoji. “It’s the first NFT the @CanineCartelNFT is minting for the collection and you’ve got a chance to own it!” Bidding starts at .5 ethereum, which translates into about $1,500 human dollars.

It’s official, I’m a Friend of The Cartel!! 🐶 It’s the first NFT the @CanineCartelNFT is minting for the collection and you’ve got a chance to own it!

Lohan’s foray — are we doing this? I guess we’re doing this. Fur-ay — into the anthropomorphized creature community prompted widespread derision on social media, with her name trending on Twitter on Thursday afternoon. (It’s also worth noting that this is far from the first time Lohan has attached her name to a dubious product, as Rolling Stone reported back in November when she appeared in a fart-themed TikTok ad for an app.)


Tory Lanez Released an ‘NFT Album,’ and Then Things Got Extra Weird

“Flat D, perhaps even a D-,” says Colin Spacetwinks, an artist in the furry community. “It reminds me in a way of frequently insecure straight artists rendering furries: [diminish] and reduce furry traits so as to not ‘commit’ to what you’re doing. Ears covered, why? Feels like it’s avoiding animal traits on purpose.” Furry and aspiring game developer Tommo the Cabbit made a similar point, telling Rolling Stone, “It’s weird how there’s no ears shown since furry characters have ears shown on the top of the head.”

Part of the reason some furries aren’t happy about Lohan’s NFT is because of the demonstrable negative environmental effects of crypto art in general, due to the high level of carbon dioxide emissions generated by cryptocurrency transactions. “A lot about the design actually seems to be made so they can quickly swap out colors and such which makes sense given the nature of NFTs,” says Kaide, a furry 3Dartist, adding that he finds the art of “middling quality.” Kaide says he believes the artwork is lower quality because many furry artists would receive backlash if they took an NFT commission: “Most of the top tier furry artists and furries at large (but not all) stand against NFTs due to the environmental impact of them.”

Ultimately, if Lohan’s goal in auctioning off her fursona NFT was to court the furry demographic, she may very well have missed the mark. “There’s no style or panache here,” says Spacetwinks. “Nothing that says ‘Lindsay Lohan.’ Nothing that makes it an interesting piece of art, furry or otherwise.

SZA’s Out for Blood and Big Moods on ‘S.O.S.’
Things to do in the San Fernando Valley, LA area, Dec. 8-15
Christmas travel hit by new strikes as Border Force set for airport walkouts
Troops training at Heathrow and Gatwick airports ahead of Border Force strikes
Amazon’s $45 Tablet Has Features the iPad Can’t Match