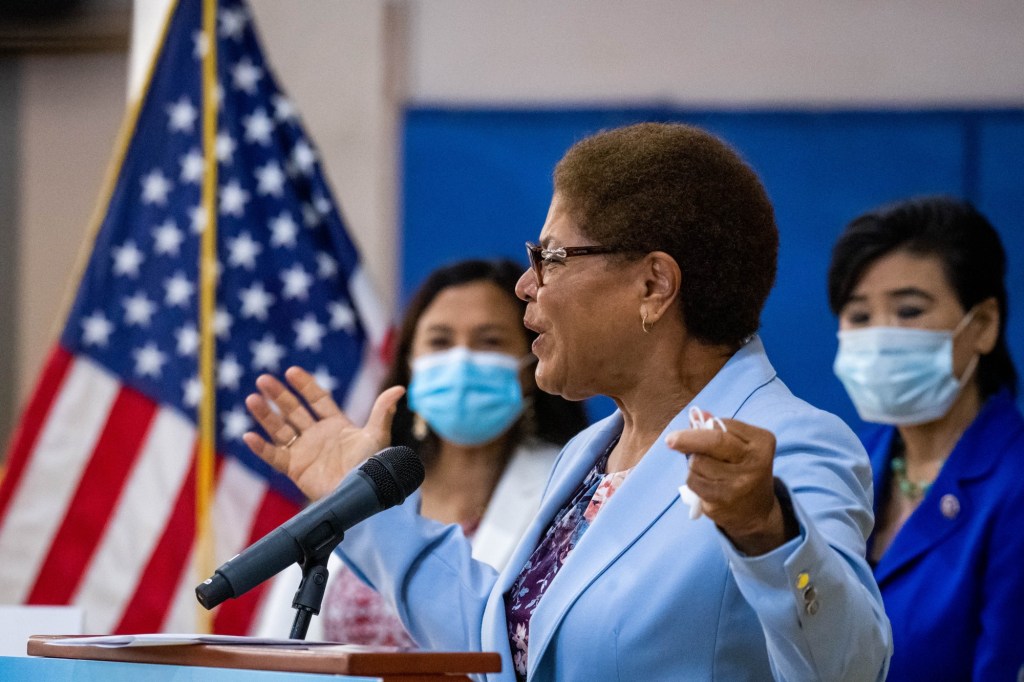 “I’m honored to earn the endorsement of these esteemed leaders throughout Southern California at such an important time for our city. Their vocal and legislative advocacy on behalf of their constituents is the hallmark of strong leadership,” Bass said in a statement Thursday. “It will take all of us, together, to address the crises at hand — but I believe with a strong coalition, we can bring about the change that we need to put this city on the right track as we recover from this pandemic. I thank you again for your support.”

Bass announced her run on Monday, joining a field of high-profile officials seeking to succeed Mayor Eric Garcetti, who is barred for running for reelection because of term limits.

On her campaign website, Bass outlines her vision for the city, saying she will focus on homelessness, calling it “a public health and humanitarian crisis.”

Bass’ website focuses heavily on the issue of homelessness, emphasizing the need to address “the root causes” of the crisis, including through affordable housing, health care, job training, mental health services and drug and alcohol counseling.

Garcetti, who is expected to leave office early pending the U.S. Senate’s confirmation of his appointment to ambassador of India, said at an unrelated news conference Monday:

“I love Karen Bass and it’s going to be a very exciting race with all sorts of candidates in it, and the nice thing about being a former mayor … is that I’ll get to assess the candidates and I get to be a voter, so I can’t wait to hear what all the candidates have to say.”

Bass would be Los Angeles’ first female mayor and only the second Black mayor, after Mayor Tom Bradley, who led the city from 1973 to 1993.

The primary for the 2022 Los Angeles mayoral election will take place on June 7, with the top two finishers squaring off in the election on Nov. 8.

Coyote attacks toddler in front of her Woodland Hills home
‘Playing fast and loose with people’s Christmas plans’: RMT criticised as fresh rail strikes are announced
Lizzo at People’s Choice Awards: ‘If I’m the People’s Champ, I Don’t Need a Trophy for Championing People’
Get Smarter with these 25 Popular Science Books
Amazon’s $45 Tablet Has Features the iPad Can’t Match