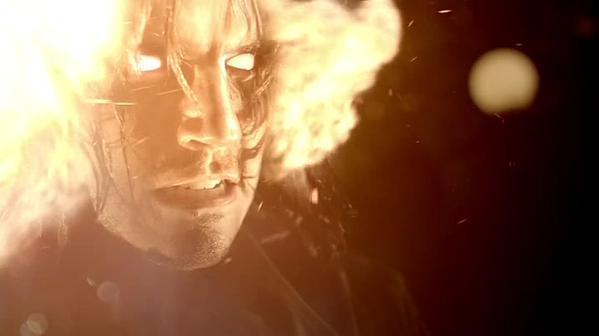 Robbie Amell, who played Ronnie Raymond in the first season of The Flash, is set to reprise the role in an upcoming episode of the series’ eighth season. Amell has returned to the world of the Arrowverse periodically since his character’s death, which happened in the season one finale. As one half of the nuclear-powered superhero Firestorm, Ronnie sacrificed himself to save the city, leaving behind Professor Martin Stein (Victor Garber) to find a new co-host for the Firestorm abilities. He did, merging with Jefferson Jackson (Franz Drameh). The pair would appear in two and a half seasons of DC’s Legends of Tomorrow and recently returned for that show’s 100th episode.

Amell isn’t the first character from The Flash‘s past who will return this season: last month, news broke that Eddie Thawne (Rick Cosnett) would be returning for a flashback episode. According to Entertainment Weekly, who broke the news about Amell today, the pair will not be appearing in the same episode, leading to the possibility that the version of Ronnie we meet this season will not be a flashback, but some other means of bringing him into the story.

“You know, you’re never really dead in that universe,” Amell told ComicBook during a recent interview in support of his new Resident Evil movie. “So I would love to go back. I’m currently shooting a movie in Toronto right now. So a lot of it is just scheduled based, and I’ve got a two year old son now. So it’s one of those things of just balancing life and work. But I love everyone over there. I think they’re in their final season, season eight, or close to it, or, you know, something like that. But you know, I love everyone over there. I stay in touch with them. Danielle is amazing. She has a son who’s just a little bit younger than mine, and I would love to go back.”

“I would love to go back, whenever it works, but there’s great people and supporting characters on The Flash; I never want to be the guy who comes in for a couple episodes and steals time away from other people who are deserving of it,” Amell added at the time. “I’m still very much in touch with the people who are in charge and Danielle and I talk on a regular basis. I would love to go back but who knows when and how, it would have to make sense for everybody.”

The Flash is currently in the middle of its “Armageddon” crossover, a five-part event that leads up to the show’s holiday hiatus. You can see part three tomorrow night at 8 p.m. ET/PT on The CW.