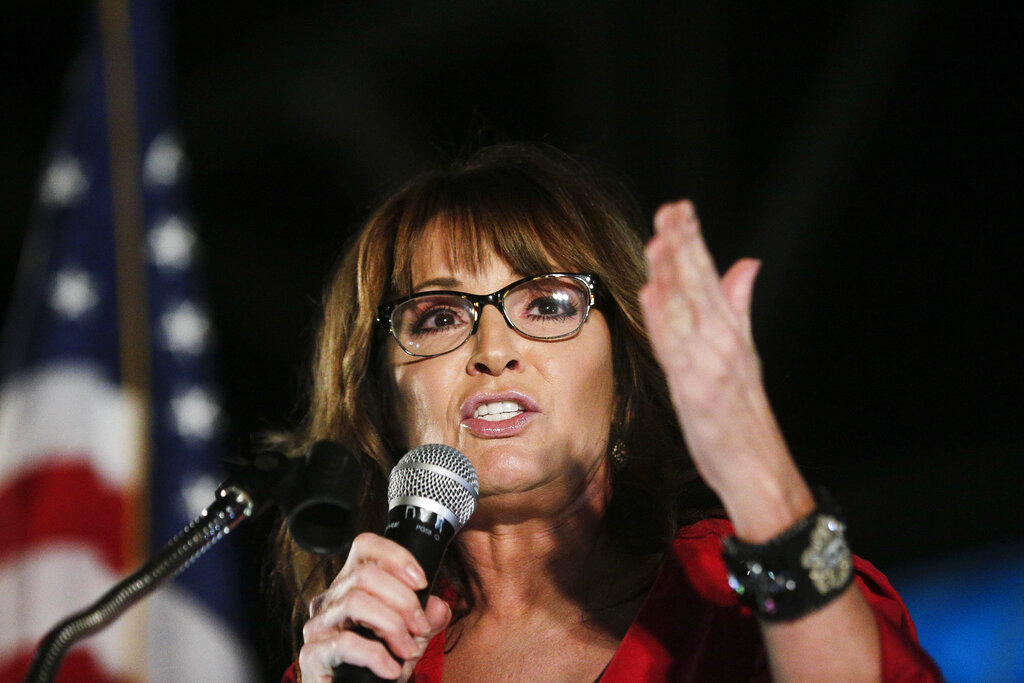 UPDATE, 8:22 AM PT: A federal judge has pushed back the start of the trial in Sarah Palin’s libel suit against The New York Times after she tested positive for Covid multiple times.

Rakoff had earlier delayed Monday’s proceedings for about 90 minutes until Palin could take a more reliable rapid PCR test to confirmed two positive results from at home tests. Later in the morning, though, the former Alaska governor’s attorneys indicated that she was delayed because of confusion over the type of test she should be taking. So she took another at-home test and again tested positive.

“Since she has tested positive three times I am going to assume she is positive,” Rakoff said.

He said that Palin could still attend proceedings on Feb. 3 if she continues to test positive yet is asymptomatic. If she continues to have symptoms, Rakoff said, she will have to submit to a doctor’s assessment a day earlier.

The court has implemented new protocols in which no one may unmask in the courtroom unless that have tested negative via an approved molecular diagnostic test.

PREVIOUSLY: The jury selection and trial in Sarah Palin’s libel lawsuit against The New York Times had been set to start on Monday, but there is an unexpected twist: The former Alaska governor tested positive for Covid.

U.S. District Judge Jed Rakoff made the announcement at the beginning of the proceedings. “She is of course unvaccinated,” he said, per Reuters.

Rakoff told attorneys that he would wait until Palin has another, more reliable rapid PCR test at 10:15 AM before deciding whether to delay the proceedings, perhaps until Feb. 3.

Palin’s case is one of the rare instances of a libel suit against a major media outlet to go to trial, given the high bar that public figures have in proving defamation against media outlets.

Palin sued the Times in 2017 over an editorial she said falsely linked her political rhetoric to the 2011 shooting of Gabby Giffords in 2017. The Times corrected the editorial, conceding that it had incorrectly characterized a map from Palin’s political action committee that featured crosshairs over certain Democrats’ electoral districts, including Giffords.

The case was originally dismissed but was reversed on appeal.

Palin claims that the Times editorial damaged her reputation and that the Times correction were insufficient. “In fact, none mentioned Mrs. Palin or acknowledged that Mrs. Palin did not incite a deranged man to commit murder,” her attorneys wrote in their original complaint.

Palin had two positive antigen tests on Sunday, but Rakoff indicated that it was a “normal at home test whose reliability is not as high as the test that she will be taking today.” Palin has been outspoken against taking the vaccine.

The Times editorial was published on June 14, 2017. Earlier that day, James Hodgkinson opened fire on several Republican members of Congress who had been engaging in practice for a softball game, seriously wounding Rep. Steve Scalise (R-LA).

“Was this attack evidence of how vicious American politics has become? Probably. In 2011, when Jared Lee Loughner opened fire in a supermarket parking lot, grievously wounding Representative Gabby Giffords and killing six people, including a 9-year-old girl, the link to political incitement was clear. Before the shooting, Sarah Palin’s political action committee circulated a map of targeted electoral districts that put Ms. Giffords and 19 other Democrats under stylized crosshairs.” The editorial included a hyperlink to an ABC News story that stated that no connection had been made between the crosshairs map and the Arizona shooting.

The next day, following complaints, Times corrected revised the online version of the editorial to remove suggestion that there was a link between the crosshairs map and the shooting. It also corrected the description of the map to say that the crosshairs appeared over Giffords’ district, not over her name or image. It also published a series of corrections and an apology on social media.

In originally seeking to dismiss the case, the Times argued that Palin had failed to plausibly allege that they engaged in “actual malice.” They also argued that the editorial statements were directed to her political action committee, and not to her herself.

Palin later amended her lawsuit to add James Bennet, then editorial page editor of the Times, as a defendant. Bennet added the challenged wording to the editorial linking Palin’s PAC to the Arizona shootings. But he testified that it was a mistake and that he did not read the hyperlinked ABC story.