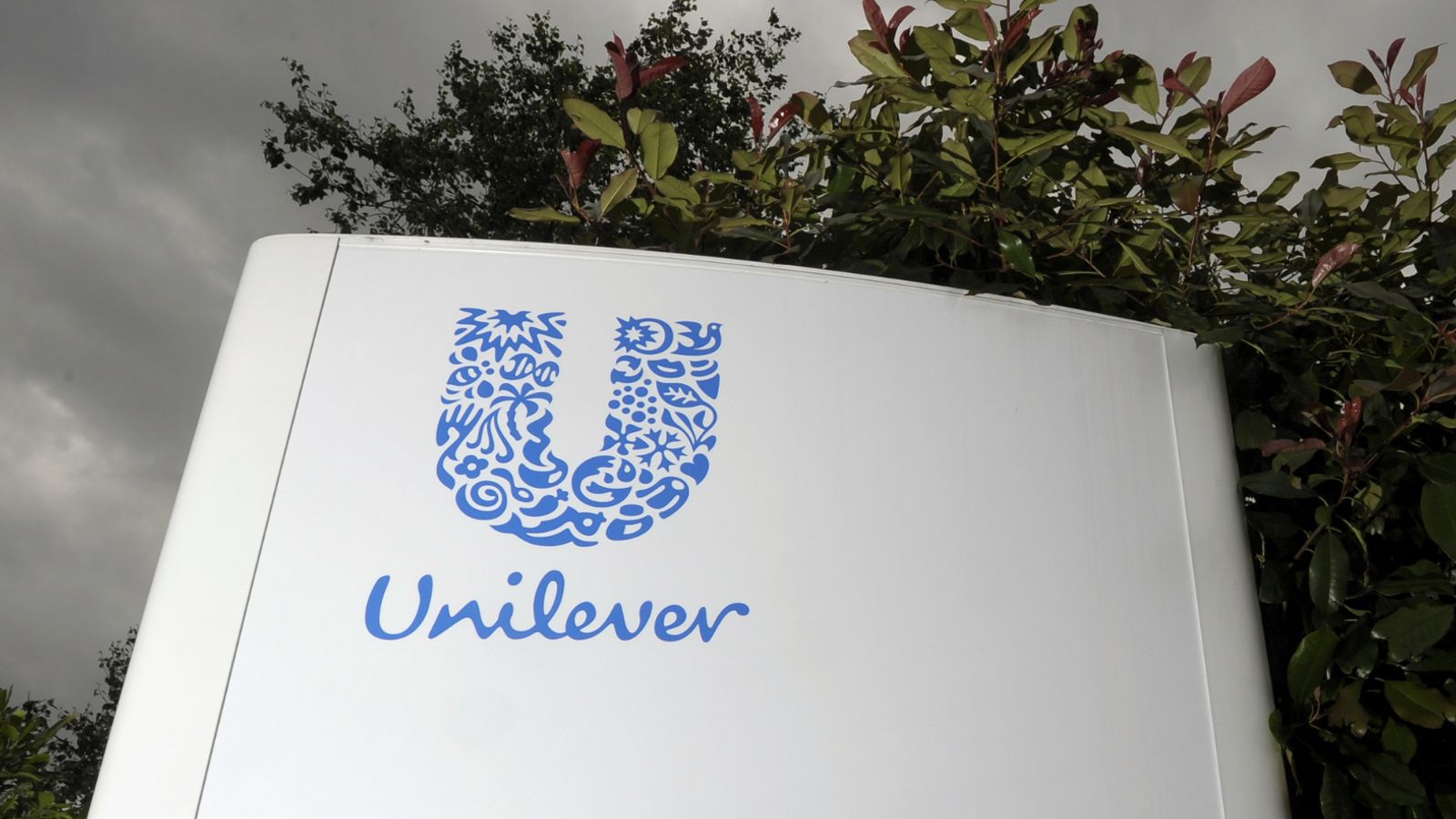 Consumer goods giant Unilever is preparing to cut thousands of management jobs across the business in a “major initiative” due to be announced within days.

The cuts will form part of a shake-up, flagged last week by the Marmite to Domestos maker, intended to “drive greater agility, improve category focus, and strengthen accountability”.

Unilever declined to comment after Bloomberg first reported the expected job cuts which were said to be in the “low thousands”.

The company has been under pressure from investors over its strategy under chief executive Alan Jope, most recently in the light of its spurned £50bn takeover approach for GlaxoSmithKline’s consumer healthcare division.

But on Monday, its shares rose by 7% on reports that New York-based activist investor Nelson Peltz had built a stake in the company.

Sky News understands that the cuts – which could be announced as soon as this week – were not prompted by reports of Trian’s stake and that the plans had been “in the works for some time”.

Unilever, whose products include Dove soap, Ben & Jerry’s ice cream, and Hellman’s mayonnaise, employs 150,000 people worldwide including more than 6,000 in factories and offices in the UK and Ireland.

Details of where the jobs axe will fall have not been set out.

Unilever’s series of rebuffed approaches for GSK’s consumer healthcare business – maker of brands such as Aquafresh toothpaste and Panadol painkillers – took the City by surprise when details were disclosed just over a week ago.

GSK said the offers “fundamentally undervalued” the business – in which US drugs giant Pfizer owns a 32% stake.

But Unilever maintained that the product portfolio would be a “strong strategic fit”, prompting expectations that it might up its offer.

However within days it ruled out doing so, effectively ending the pursuit.

The episode has intensified unease about Unilever’s prospects under chief executive Alan Jope, who had already been facing pressure over his approach even before the takeover tilt.

Terry Smith, a major investor in the company labelled the GSK bid “a near death experience” and reiterated calls to focus on the operating performance of the existing business.

As part of its disclosures last week Unilever also revealed that it would this month “announce a major initiative to enhance our performance”.

It said: “After a comprehensive review of our organisation structure, we intend to move away from our existing matrix to an operating model that will drive greater agility, improve category focus, and strengthen accountability.”