Steve Hamm is quickly becoming the face of America with his rugged good looks and his sexy persona. The rising actor is a retired army pilot who has been deployed to Afghanistan and pretty much the scariest places on the planet. Now he “marches” to a different beat.

After doing several tours in Afghanistan and Iraq, and remaining in the army as a helicopter pilot for over 23 years, he decided to embark on a new adventure. This one almost as dangerous… Steve decided to become an actor and model and voice over expert.

He is currently known for “Crisis in the Valley”, “Taken Over”, and “Acts of Violence”, as well as several independent films and a radio broadcast soon to be released called “Dead Exit.” He is also a voice over master, a model, and a helicopter pilot for “Lifeflight.” 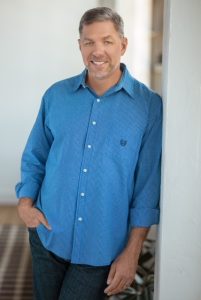 Steve has recently been involved in a YouTube science fiction Web series called “Cold Blooded” where he plays Dr. Bradley. He has appeared in countless magazines including the cover of “The Spotted Cat Magazine.”

As your career escalates, what continues to keep you motivated to follow your dream and keep it escalating, even though the entertainment biz can sometimes be a rollercoaster?

A passion for acting and a positive mindset. It’s a very liberating experience to bring a character that someone has created to life. The entertainment business is definitely a roller coaster ride. I don’t focus on being famous or rich. Each day brings new opportunities around every corner.

What first sparked your interest in acting and modeling?

My interest in acting started at a very young age even though I didn’t realize it. I grew up as an only child so I would make up characters and act out scenes to have something to do. This interest faded as I got older. During the summer, in between my junior and senior year of high school, I decided to participate in a high school musical “Anything Goes”. This renewed my interest in the arts. Modeling didn’t come into the picture until 2013. 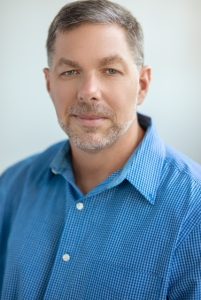 How do you get into a role….what’s your process?

I learned a great technique from my acting coach, Shannan Yancsurak, of Shannan Y Studios (LA). First and foremost- I READ the sides and/or script SEVERAL times! I want to get to know and understand my character, any other characters in the scene, and the overall scene in general.

The next thing I look for is any character background information. If there is a short one, or none at all, I will ask myself questions to build on or create that background/biography. This process will help me to develop the character’s mindset. Once I have this accomplished, I will start working on the lines.
I have found that developing the character’s mindset helps with learning the lines and delivers a more authentic audition and performance. 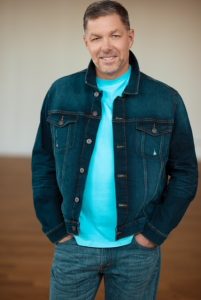 Aside from your good looks and talent, what do you think you have to offer a movie producer? In other words what are your best attributes?

Great question! Appreciate the compliments. I have a lot of great attributes to offer a future producer or director. I’m a consummate professional, will always be on time and prepared for my scenes. I won’t complain about long work hours or filming multiple takes. I’m friendly and get along with everyone. I don’t desire any special treatment. My goal is to provide the best performance for a solid finished project.

You have been doing a lot of cool voice overs, how does that compare to acting?

Voice over/narration work is a pretty cool business. Just like in the acting world, preparation is the key. Getting your voice warmed up, having good recording/editing equipment, and being familiar with the script. Reading all the directors/clients notes so you know how to deliver the product professionally and efficiently

What are you looking forward to in 2022 and beyond?

There are endless possibilities in this business of acting.

The official website for Steven P.Hamm may be found at https://www.stevehamm.org