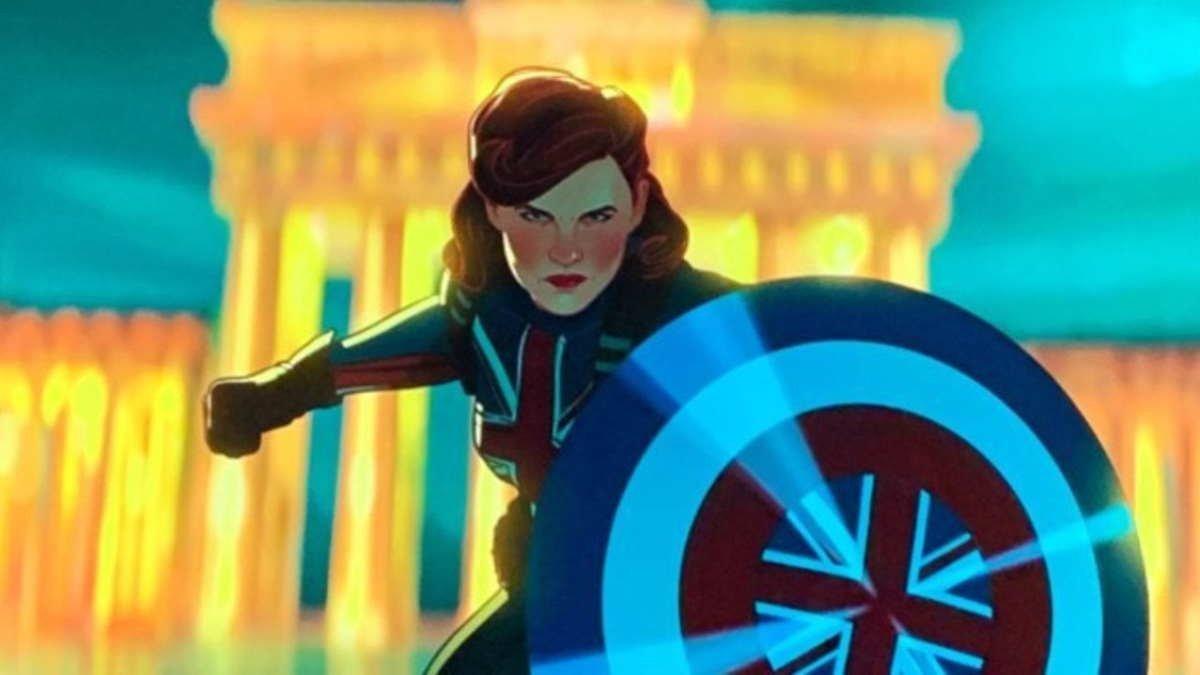 The first season of Marvel’s What If…? made its debut last summer, showcasing a new animated corner of the Marvel Cinematic Universe. Among the new additions to the series, which showed remixed versions of MCU canon from other universes, was Captain Carter (Hayley Atwell), an alternate version of Peggy Carter who took the Super Soldier serum. Captain Carter has become somewhat of a runaway hit from What If…?, spawning her own comic series and various pieces of merchandise. Atwell recently took to social media to share an amusing reaction to the latter — particularly, her mom’s response when asked if she wanted a Captain Carter Marvel Legends figure. As Atwell’s mom explained, she doesn’t need the figure when she already has “the original mold.”

Captain Carter made her debut in the first episode of What If…?, and went on to become a bit of a fan favorite across the remaining episodes of the season. As the series’ creative team revealed, she will continue to be a recurring role in the second season and beyond.

“We realized, I think, early on in development as we were starting to get AC [Bradley’s] scripts and starting to look at the arc of the series that there was going to be a character that bubbled up and became more important,” Marvel producer Brad Winderbaum said in an interview last year. “Not more important than the rest, but had a strong relationship with The Watcher, who is really our driving force behind the series, and that’s Captain Carter.”

“And we realized as we started developing the second season that Captain Carter was going to be the character who we would revisit in every season and continue that adventure,” Winderbaum continued. “Obviously, we’re telling a story on a giant multiversal canvas so you never really know who’s going to pop up where and when. It’s very much an anthology, but there’s always opportunity for fun connections to be made.”

The first season of What If…? is now available to stream exclusively on Disney+. If you haven’t signed up for Disney+ yet, you can try it out here.