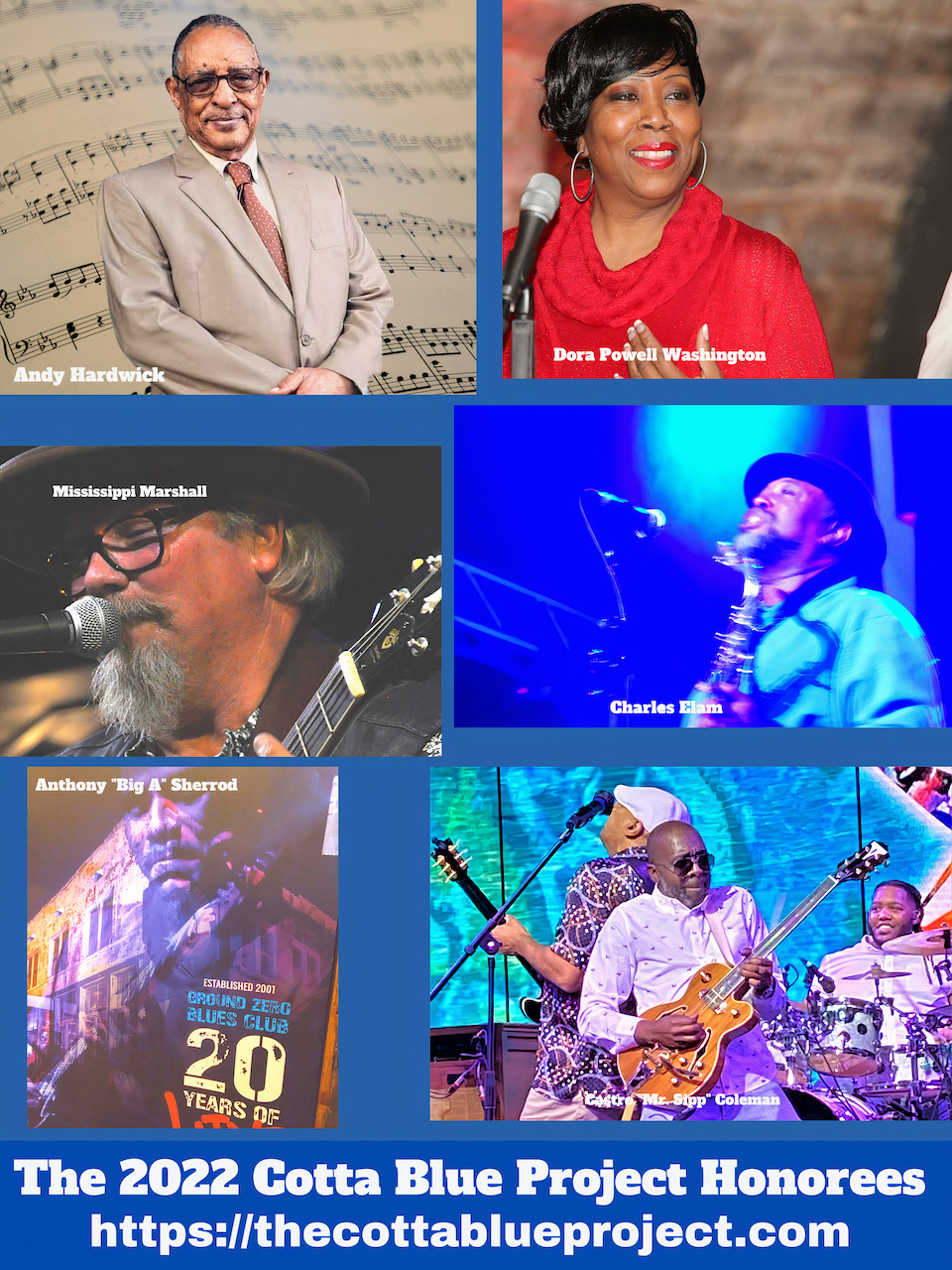 One of the most rewarding opportunities in life is recognizing the efforts and contributions of those who paved the way for others. They may not have received the greatness and accolades as their peers; still, their skills and mastery remain matchless. Reaching the pinnacle of success in music is often the luck of the draw, an uncertain hierarchy, or a predestined blessing. There are no guarantees in the music business, those who deserve the acclaim periodically do not. The cream does not always rise to the top.

A companion documentary project supported by Cindy D’Adamo of Lady Lake Music, Charity Umbrella, Mike Ricucci of Terra Rising Films, and others is in the works. The documentary has an early summer release and highlights the following Delta musicians: Andy Hardwick, Dora Powell Washington, Castro “Mr. Sipp” Coleman, Mississippi Marshall, Charles Elam, and Anthony Sherrod. These artists will share their fascinating journeys in music. The honorees will be given a Lifetime Contribution to the Blues award. 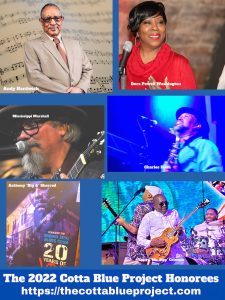 The Cotta Blue Project, founded by Diane Cameron Elam, collaborates with musicians and friends who are bonded together for a humanitarian purpose. The project will recognize the Mississippi Delta Blues Musicians worthy of unlimited national and international recognition.

Ms. Cameron-Elam’s soon-to-be-released book UNSTRUMMED tells of a fictional Delta Blues musician named Carter Simms. He watched other Delta artists he played with on stages achieve worldwide prominence and fame. Though he was immensely talented, Cotta never earned the same recognition. A twist of fate and a wrong accusation further delay his stardom. The book will be available on Amazon in late April.

The Women In Music Gathering members, Linda Marks, CiCi Eberle, Mary Crowe, Roberta Lamb, Joanna Katzen, and Lori Zuroff, will perform on March 13, 2022, at 6:30. The concert is focused on promoting the book and paying homage to the musicians of the Mississippi Delta. The show will be held at One Broadway Collaborative in Lawrence, Massachusetts, owned by Aaron Tornberg. Several artists, musicians, and friends have joined this project’s mission. For details on how to order the book, UNSTRUMMED, the upcoming WIMG concert, and the documentary release, locations, and times, see https://thecottablueproject.com.

Ms.Cameron says of the project, “We are proud to do our part and bring the musical treasures of the unsung Mississippi Delta Blues Artists to the forefront. We are humbled to lean, not stand on their shoulders. Standing indicates pride while leaning shows gratitude, for which we all are. The project’s sole purpose is to Give Back, Recognize and Say Thank you to the MDBA (Mississippi Delta Blues Artist).”