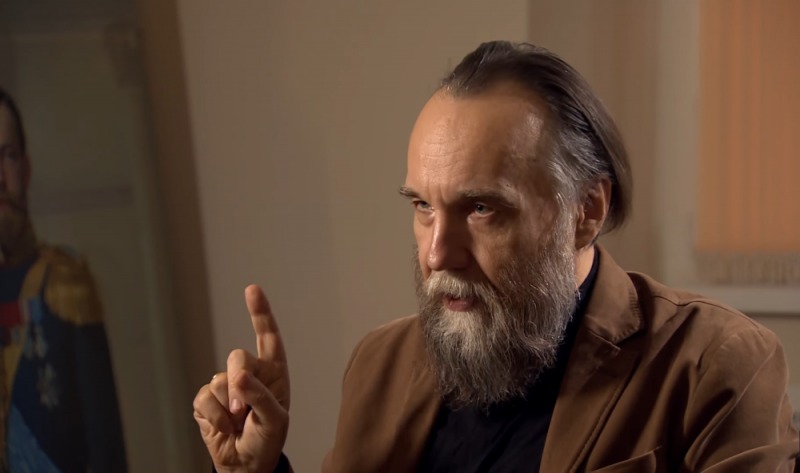 Dmitry Medvedev is the former president of Russia, the current deputy chairman of the Security Council of Russia, and is a mouthpiece for his boss, Vladimir Putin. So when Medvedev speaks, he gives insight into Putin’s mind.

And on Tuesday April 6th, Medvedev spoke. In a message on Telegram, Medvedev said that the goal of Russia’s war in the Ukraine is far bigger than you think. “The goal,” he wrote, is “building an open Eurasia, from Lisbon to Vladivostok.”

Lisbon to Vladivostok is far more threatening than it sounds. It’s 8,436 miles from East to West—more than three times the width of the United States. It takes in all of Asia and all of Europe. How would this “open-Eurasia” be created? Apparently by a simple fact. Russia would rule.

Which means that Vladimir Putin does not see his Ukraine war as an isolated conflict. He sees his “special military operation” in the Ukraine as the opening salvo of a world war.

To see why, it is crucial to grasp something outside the bounds of your normal reality and mine. Vladimir Putin sees through the lens fashioned by a Russian strategist, analyst, and philosopher of geopolitics named Alexander Dugin. Dugin is so important to Putin that he is called “Putin’s brain.” 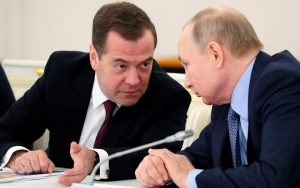 And in Dugin’s eyes, at the beginning of time, God created the Russian people. Yes, the Russians were the first people on the planet. God fashioned the Russians to rule the earth. But something is standing in Russia’s way, Ukraine.

What the Jews were to Hitler, the Ukrainians are to Dugin and to his follower, Vladimir Putin. Writes Dugin, “without resolving the Ukrainian problem, it is…senseless to speak about continental [Eurasian] politics.” So conquering the Ukraine is the first step in creating a Russian empire that will go clear across Europe and Asia and that will include France, Germany, Italy, and even China.

How does Putin perceive the Ukraine? Before his invasion of Ukraine began, Putin gave a long speech in which he declared that Ukraine does not exist. It is a fiction created to destroy Russia. On April 4th, one of Putin’s high-level propagandists in a long and shocking essay for the Russian news agency RIA Novosti, added some crucial details. At its heart, said the essay, Ukraine is a Nazi state.

But the word Nazi in Putin’s vocabulary does not mean what you think. By Nazi, Putin and his propagandists seem to mean anything anti-Putin and anything pro-Western or pro-democratic.

And this fantasy of pro-Western, democratic Nazis has consequences. You’ve seen pictures of civilian victims in Ukraine’s Kyiv suburb, Bucha, with their wrists tied behind their backs and bullets in their heads. 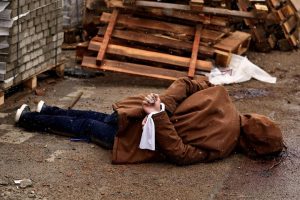 These Ukrainians cannot be redeemed. They cannot be re-educated. So they must be eradicated. They must be killed. And the population left after this killing must be forced into a brainwashing process that lasts at least a generation.

Why? Because according to Dugin and to Putin’s propagandists, there actually is no Ukraine. There is just little Russia and new Russia. The so-called Ukrainians must be reeducated to understand that fact.

Timofei Sergeitsev, What Should Russia Do With Ukraine? https://ria.ru/20220403/ukraina-1781469605.html
Alexander Dugin, The Foundations of Geopolitics: The Geopolitical Future of Russia, Arktogeja, 1997.
https://www.washingtonpost.com/opinions/2022/03/22/alexander-dugin-author-putin-deady-playbook/