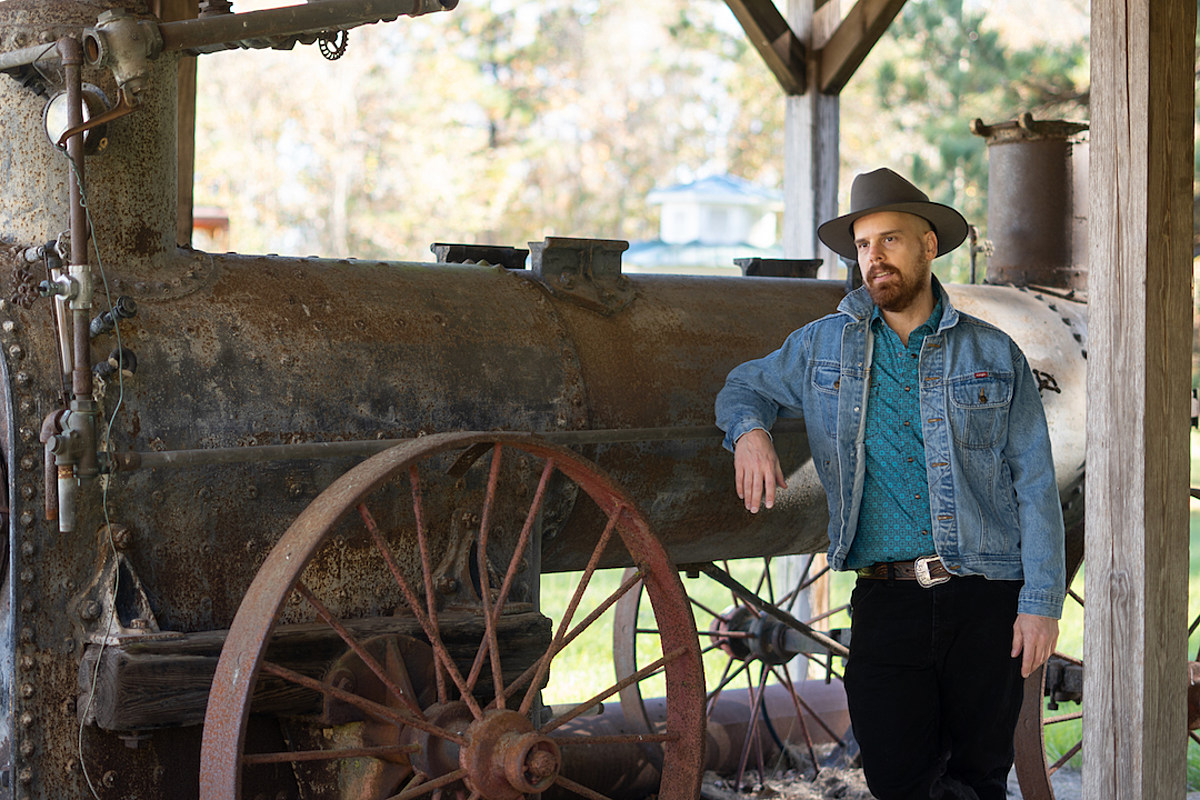 Talented singer-songwriter Will Payne Harrison taps into the all-too-relatable ache of a fresh emotional wound in his impressive new single “Goodbye, Sweetheart,” which is exclusively premiering at The Boot today.

The Louisiana native puts his own modern spin on classic country’s trademark tear-in-my-beer-style balladry on the first cut from his upcoming album Tioga Titan, which is set for release later this year.

“I had a friend go through a divorce and it brought back a flood of memories from my own,” Harrison tells The Boot. “This person was left through a text message while they were on tour. Most of the lyrics are based on conversations I had with them while they were going through the heartbreak.”

The result is an engaging, inspired heartbreak tune, anchored by impressive dual harmonies from Harrison and creative collaborator Zach Russell. The combination of traditional country accompaniment and production with distinctly current lyrical elements (“You threw away 10 years with a text on your phone”) allows “Goodbye, Sweetheart” to still feel fresh while giving a nod to country greats from the 50s and 60s.

“Production wise, I knew I wanted it to have a twin guitar solo like ‘East Bound and Down’ or some of Merle Haggard’s simple guitar solos. I also knew I wanted to have dual male harmonies on it like a Buck Owens tune.”

“I’ve been stumbling ‘round this town / Tryin’ to find some peace of mind / Since you went and threw our love away,” Harrison admits. “I’ve been finding comfort in a bottle of gin and bourbon / So I can finally find the words to say.”

Get a first listen to “Goodbye, Sweetheart” by pressing play below.

Tioga Titan marks Harrison’s third career album and his most in-depth creative project to date. The project explores a range of human emotions and experiences, from the often-overlooked struggles of everyday Americans to the incomparable bond between a father and his newborn child. Harrison began work on the project during the early days of the COVID-19 pandemic, allowing him to take a slower and more methodical approach than any of his previous releases.

“Keeping my mind on creating this record along with doing my podcast is probably what kept me from cracking,” he notes. ”I knew there was a light at the end of the tunnel, and I saw it, so I raced for it with this record.”

Glen Campbell‘s name is legendary in country music thanks to his iconic hit songs, but he’s also a major figure in music as a whole due to his crossover hits and, especially, because of his work as a session musician. Whether fans know it or not, Campbell left his mark on myriad songs in the 1960s, before and as he was starting his solo career.
When Campbell moved to Los Angeles in 1960, he got a job as a writer and demo singer / player for a publishing company; that led to work as a session musician. Campbell became part of the Wrecking Crew, an in-demand group of session players who worked on songs for everyone from Sonny & Cher to Frank Sinatra. They were producer Phil Spector’s go-to house band, but were sometimes uncredited players; the late Leon Russell was also a member.

Flip through the photo gallery below to learn more about Campbell’s work as a session musician — specifically, about seven hit songs that, fans may not know, include his playing: