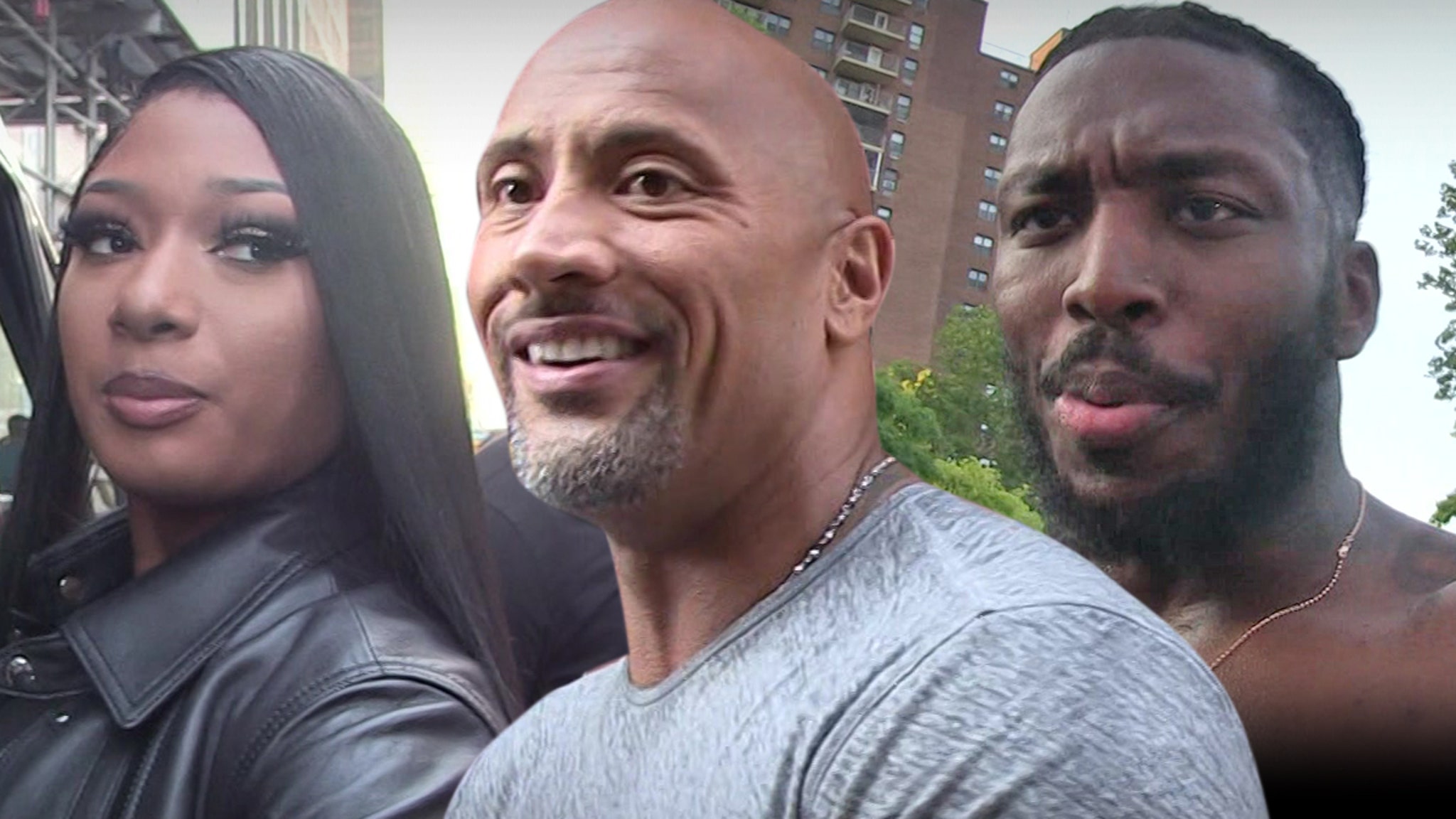 Megan Thee Stallion has finally responded to Dwyane Johnson’s animalistic desires … rather mildly we might add … probably because she has a boyfriend who’s watching things really closely.

Meg was a guest on SiriusXM to promote her new — and controversial — “Traumazine” album when she reacted to The Rock wishing to be her “pet” as promoting his “DC League of Super-Pets” film with Kevin Hart.

An overly astonished Meg appeared to hear the Rock’s statements for the first time … which is kinda crazy, considering her boyfriend Pardison Fountaine nearly had a cow over the comment earlier in the week.

Meg said the moment solidified her celebrity but didn’t take the megastar actor up on his offer all the same.

In a comment-and-delete scenario on Instagram, Pardison admitted his joke about The Rock’s wife using food seasoning didn’t land the way he hoped and offered up an explanation.

The comment started all our dogs #s and ended with Moana is my shit 🗿.. I deleted it (yesterday).. cus it seem like ppl took it wrong .. thought maybe my joke was in poor taste 😂

The “Traumazine” drama didn’t end there, however. Ahead of the album’s release, Megan’s now former label head Carl Crawford aired out her manager T. Farris to close the curtain on their relationship with a bang.

Meg says her album title deals with chemical releases to the brain when painful and traumatic events arise. Given her past week of events alone … we’ll say she named this one right.