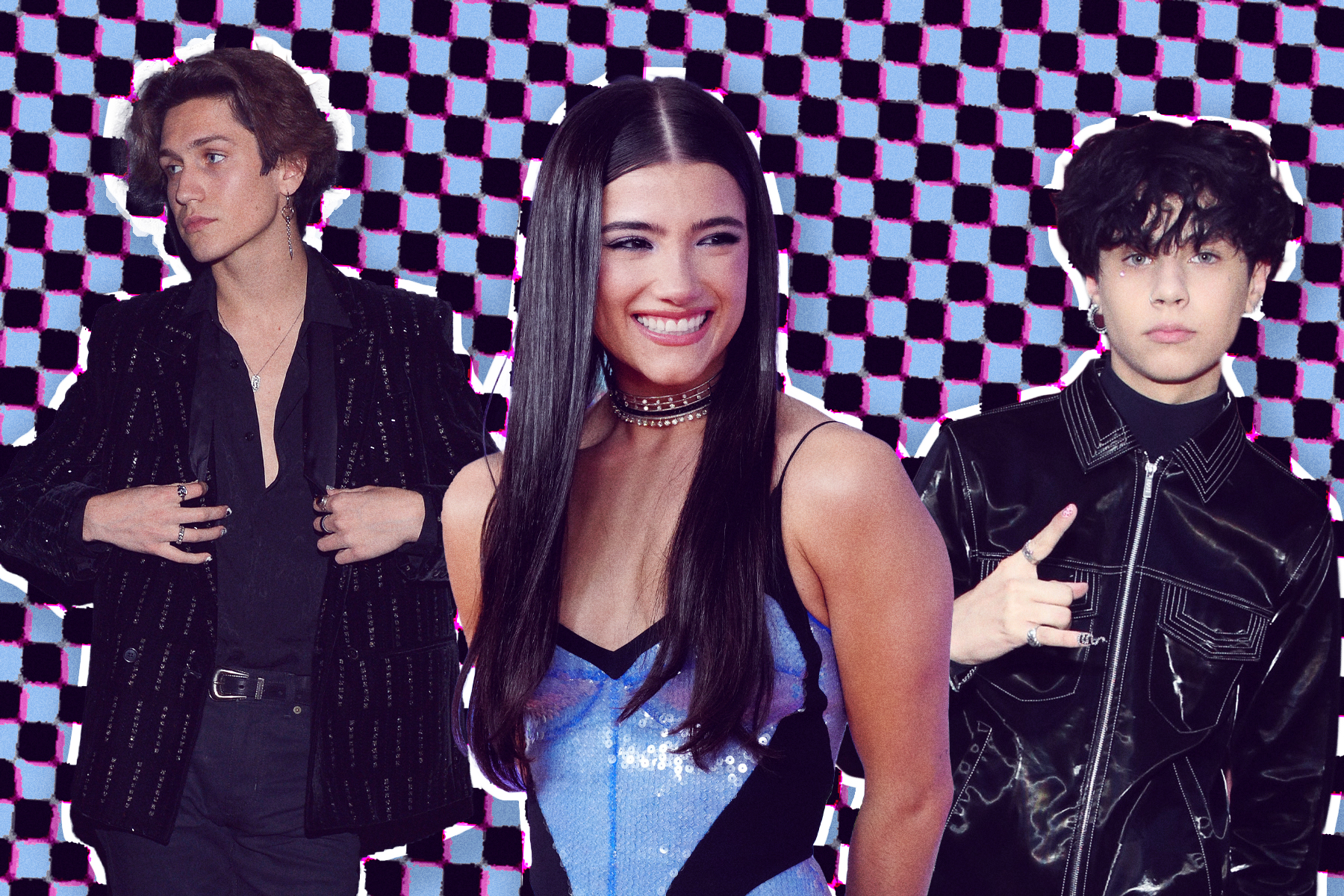 There is nothing more satisfying than a celebrity love triangle that really delivers on the fun and the drama. Thankfully, Charli D’Amelio, Chase Hudson, and Landon Barker are giving us the perfect pop-punk relationship spectacle we need this summer.

If you have ever cared about D’Amelio and Hype House, the collective of popular TikTok content creators, then you may already know that the 18-year-old budding star dated Hudson early in the Hype House’s existence. Hudson is more well-known now by the stage name Huddy (formerly “Lil Huddy,” he recently dropped the “Lil” from his name).

D’Amelio and Huddy once reigned supreme as TikTok’s most popular couple. Both joined Hype House in late 2019, confirming a relationship in February 2020, when they were 15 and 17 respectively. A couple months later, rumors started to swirl that Huddy had cheated on D’Amelio, who was at the time the most-followed person on the app. They broke up by April but never quite separated, going back and forth even with recurring accusations of him cheating on her. Their most recent run ended earlier this year.

TikTok’s Weight Loss Ad Problem Is Still Out of Control


The Furry Community Is Struggling to Snuff Out Far-Right Agitators

Black Sabbath on the Making of ‘Vol. 4’: ‘It Was Absolute Pandemonium’

In the interim, both have made names for themselves outside of TikTok. D’Amelio has become a big-name influencer with major brand deals (including a signature drink at Dunkin’). Her family even got a Kardashian-style reality show, called The D’Amelio Show. Huddy has been one of the few TikTokers to branch out with moderate success in music. He hasn’t had any earth-shattering hits but he has become a notable force in the pop-punk revival of late. (In part, due to a major co-sign from Travis Barker, who produced Huddy’s debut Teenage Heartbreak.)

Through his mentor Travis, Huddy became close with Landon Barker, the rocker’s teenage son. The pair became so tight that Huddy even got an invite to the eldest barker’s Italian nuptials to Kourtney Kardashian in May.

But a lot can change in a month: By late June, Landon Barker went TikTok and Instagram official with D’Amelio. The pair have been serving up real Tim Burton energy in their aesthetic, an emo love story for the ages.

Of course, this did not go over well with Huddy. There’s only one thing he could really do in this situation: write a viciously catchy anthem about how much he hates his ex. That’s how “All the Things I Hate About You”— a bratty bop that is maybe the most accurate signal that pop-punk is really back — was born.

It’s not the best song ever made but it sure is fun to sing: “You’re a showstopper/a bad liar/homie hopper/drama starter,” Huddy sings on the addictive chorus that will get stuck in your head as soon as you hear it. Over the course of the song, Huddy unloads all the ways he feels betrayed by his ex, whom he cheated on, who left him for a “bum star.”

The song has been taking off on TikTok, but likely not in the way Huddy expected. When you scroll through the audio, thousands of videos under it point out how much more they stan and adore D’Amelio for enacting sweet revenge on what seemed like a toxic relationship. Many of the videos are from people who say they never really followed or cared for the star before this drama occurred. This is a turning point for D’Amelio, allowing her possibly more clout in the long run as she eventually makes career moves away from dancing on TikTok.

Even if the posts celebrate his ex, Huddy could benefit greatly from the attention the song is getting. Nothing makes for better promotion than some real-life relationship drama. Let’s hope it leads to a whole album’s worth of savage break-up anthems from him.

♬ All the Things I Hate About You – Huddy