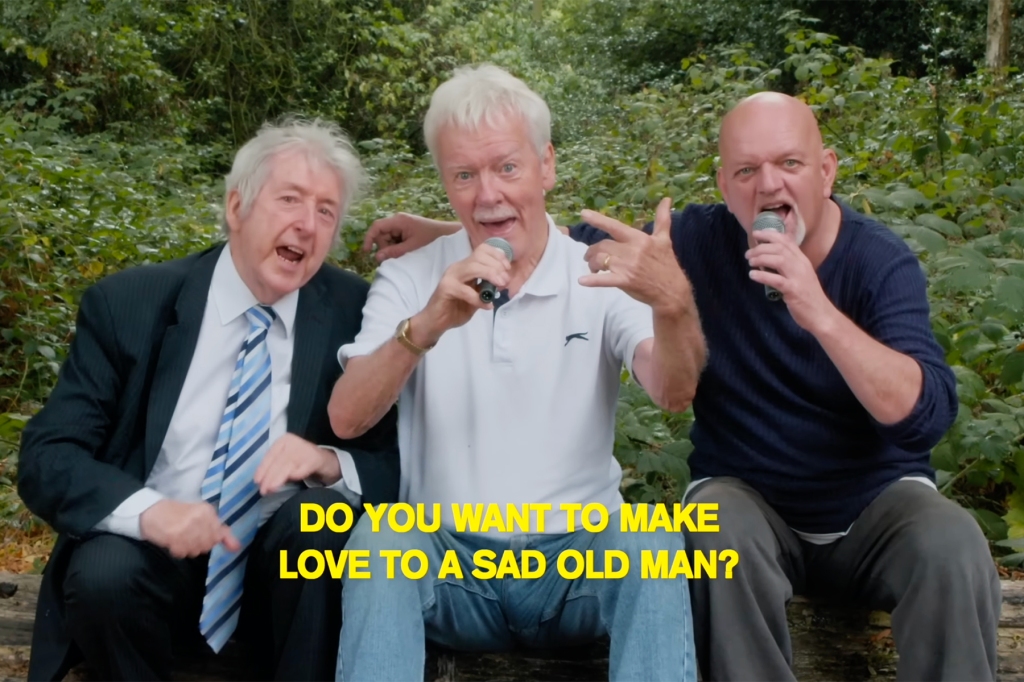 “This song may be the single best thing to come out of 2022,” tweeted one fan. “It’s breaking me how good this is,” wrote another. “This is not safe for work, but you should just quit your job and watch it,” a third recommended.

All had shared a link to an electrifying, somewhat poorly dubbed music video for “Party Time,” by the Northern Boys, a trio of three older British blokes — one of whom, Kevin, just dances. The other two are Norman Pain, who sports a shaved head and goatee, and Patrick Karneigh Jr., white-haired and mustachioed. In a parking lot of Birmingham’s Sutton Park, the pair take turns rapping over a groovy disco beat, careening from claims of outrageous drug use to descriptions of masturbating in a tree. You never know where a verse will go, but the flow is infectious, the vibe unmatched.

“Party Time,” which has racked up 400,000 YouTube views in about a week and nearly 2 million on TikTok, is the group’s first single, and it’s been a long time coming. Karneigh and Pain say they met decades ago as teachers at Bishop Vesey’s Grammar School in Birmingham, working in physical education and the drama department, respectively. In an email interview with Rolling Stone — they decided that a phone call would be “too expensive” — Karneigh describes playing American football with his students. “I’d often put myself in the position of quarterback, and absolutely smash through those kids like a bloody war horse,” he claims. “I’d dominate that field every time. It’s fine because I was the same size as the bleeding kids, I’ve always been tiny, so nobody got badly hurt. Apart from me actually, sometimes you’d get a bloody great brick wall of a kid and they were always tough bastards to get around. Still beat ’em though.” 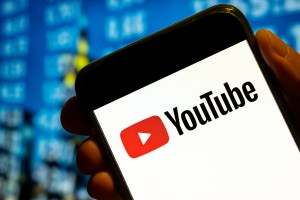 According to this personal mythos, Norm watched Pat play with the kids one afternoon, and the two struck up a chat afterward. “I can’t say I was a fan of Patrick’s teaching style,” Pain says, “but his taste in music was great and we hit it off in the staff room, talked Metallica, Bon Jovi, Thin Lizzy, etc., and used to crush the biscuit packets and then start shouting about the fact someone had crushed ’em. So much fun.” He adds that they’re both retired from teaching now and pursuing music full-time.

Before releasing his solo mixtape The Twins of Darkness Vol. 1 in 2019, Karneigh, who is in his early 70s, says he was in several bands, including one called Pat Karneigh and the Cufflinks, which “toured all over the North” of England. “I’ve already been a rockstar,” he says. (Googling revealed no trace of the storied Cufflinks.) “I’m more of a singer myself than a rapper but I kind of merge the two, people have compared me to that American guy Lil Baby,” he boasts. “But I like Fred Durst, he’s great. I suppose you could just say I’m just a music man and rap just came to me.”

Pain, age unknown, who hails from Lancashire, says he got into music as a kid after stealing his neighbor’s guitar. “I picked it up pretty quick and tried busking for a while, but I stopped that after getting attacked by an older woman with an umbrella, she wasn’t a fan of the loud music,” he recalls. He lists a wide range of U.S. hip-hop influences, from the Wu-Tang Clan to UGK, the Pharcyde, and Run-DMC.

Starting last year, he began to release a string of dark, experimental rap singles including “Pain & Strife” and “Sonnet.” (While his lyrics occasionally allude to time served in prison, he wasn’t keen to discuss that period.) He’s featured on “Golf,” a 2021 track by South London rappers Pete & Bas, a popular duo in their seventies known as “the grandfathers of U.K. drill.” Pain and Karneigh also guested as members of “The Snooker Team” collective on Pete & Bas’ “Windowframe Cypher.”

The Northern Boys are, like Pete & Bas, part of Sindhuworld, an Instagram-famous London convenience shop that somehow sprouted a record label back in 2017. It’s “kind of like Ruff Ryders but with old guys,” Norm summarizes. Their account of how they hooked up with this scene is no less confounding.

In 2003, Norman “made a relatively large error” when buying a car off the classifieds website Gumtree: “I sent the guy a message, drove down to London, paid for the car, drove it back through London on my way out to [Birmingham], and got stopped by the police,” he says. “Turns out it was a dodgy car. I don’t want to go into the details really, but, guy who sold me that car was Peter Bowditch.” That is, the very Pete who would go on to perform with Basil Bellgrave as Pete & Bas.

“I kind of became familiar with Pete & Bas through the whole ordeal,” Karneigh says. “I was all over Pete like a rash when I found out what happened, I wanted justice for my mate. I even punched him when I first met him,” he claims. “But as time went on we all got to know each other and they sorted Norm out quite nicely, so you know, we’re all friends now.” The name Northern Boys is partly a regional joke — everyone from London “always refer to anyone with a slight accent as Northern,” Karneigh says. When they’re with Pete & Bas or Uncle Bal, who works at Sindhuworld, “they always call us ‘the northern boys,’” Pain says.

“Party Time,” the pair tells me, came together with “a bottle of rum, takeaway pizza, and a lot of laughs.” When I ask what inspired those raunchy lyrics, Karneigh says that’s the least of it: “This song ain’t raunchy, you should see what we’ve got coming, then you’ll know what raunchy is.”

They decided to shoot the video at Sutton Park because Karneigh is a regular at Blackroot Bistro, a restaurant with a lakeside view, and they wanted to incorporate the landscape. “But when we got there they said we’d have to film in the car park, so we did,” Patrick says. The haphazard footage is all the more charming for this impromptu shift in concept, and, of course, greatly enhanced by the magnetic presence of their mate Kevin.

“Kev suggested we use dance tracks rather than the usual dark rap beats,” Karneigh explains. “Kev loves a dance, you see. So we couldn’t make something that he couldn’t dance to.” Kevin, he later says, “introduced me to my wife, he was there for me through my first divorce, and he’s gonna be with me till the day I die. He’s the third member of the band. He doesn’t need to sing or rap, he’s just one of us.”

Can we hope for further exploration of “Disco Death Rap” — the genre tag that Pain and Karneigh casually settle upon during our interview — from the Northern Boys? Count on it. “Yes, is the answer,” Karneigh says to the question of whether a full-length album is in the works. No doubt it will take further inspiration from their curious life experience and shared revelry. Addressing whether they really go as hard as their lyrics suggest, Norm replies: “We’re not completely insane, but we love to party and sometimes it gets wild.”

“Couldn’t have said it better myself,” says Patrick.