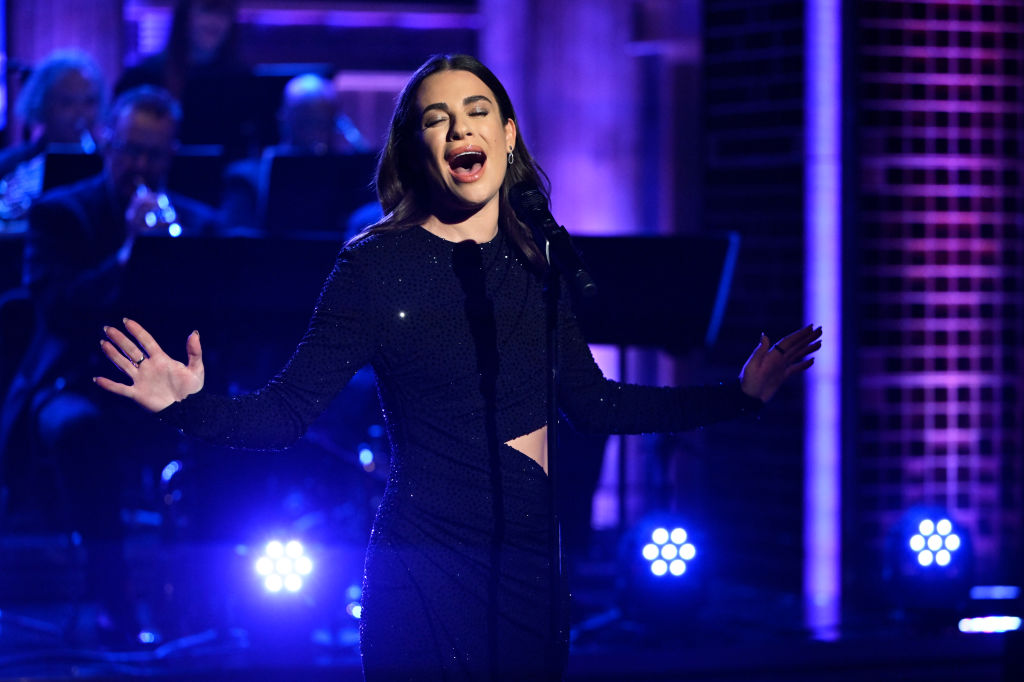 “I feel like at this point being where I am right now, it’s just perfect. Timing is everything,” actress says of now-hit Broadway revival

The Lea Michele Renaissance continued Friday as the Glee star appeared on The Tonight Show to perform “People” from Funny Girl as well as discuss her role in the now-hit Broadway re-revival.

A day after the New York Times published a rare re-review of the musical and praised Michele in the starring role — the actress recently took over for Beanie Feldstein, who left the production midway through its run — Michele delivered the show-stopping “People” for the television audience.

After Jimmy Fallon read some of the critical accolades for Michele’s performance in Funny Girl, the actress talked about the revival and returning to Broadway after a decade and a half.

Michele and Fallon then discussed “the Glee of it all,” Michele’s character on the cult high school show had a Funny Girl arc. “Now I’m doing it,” Michele said. “I’m 36 now, and the story of Funny Girl spans through the course of many years. You see her love and her loss and her failures and her successes and becoming a mom and a wife… I feel like at this point being where I am right now, it’s just perfect. Timing is everything and I am so grateful.”