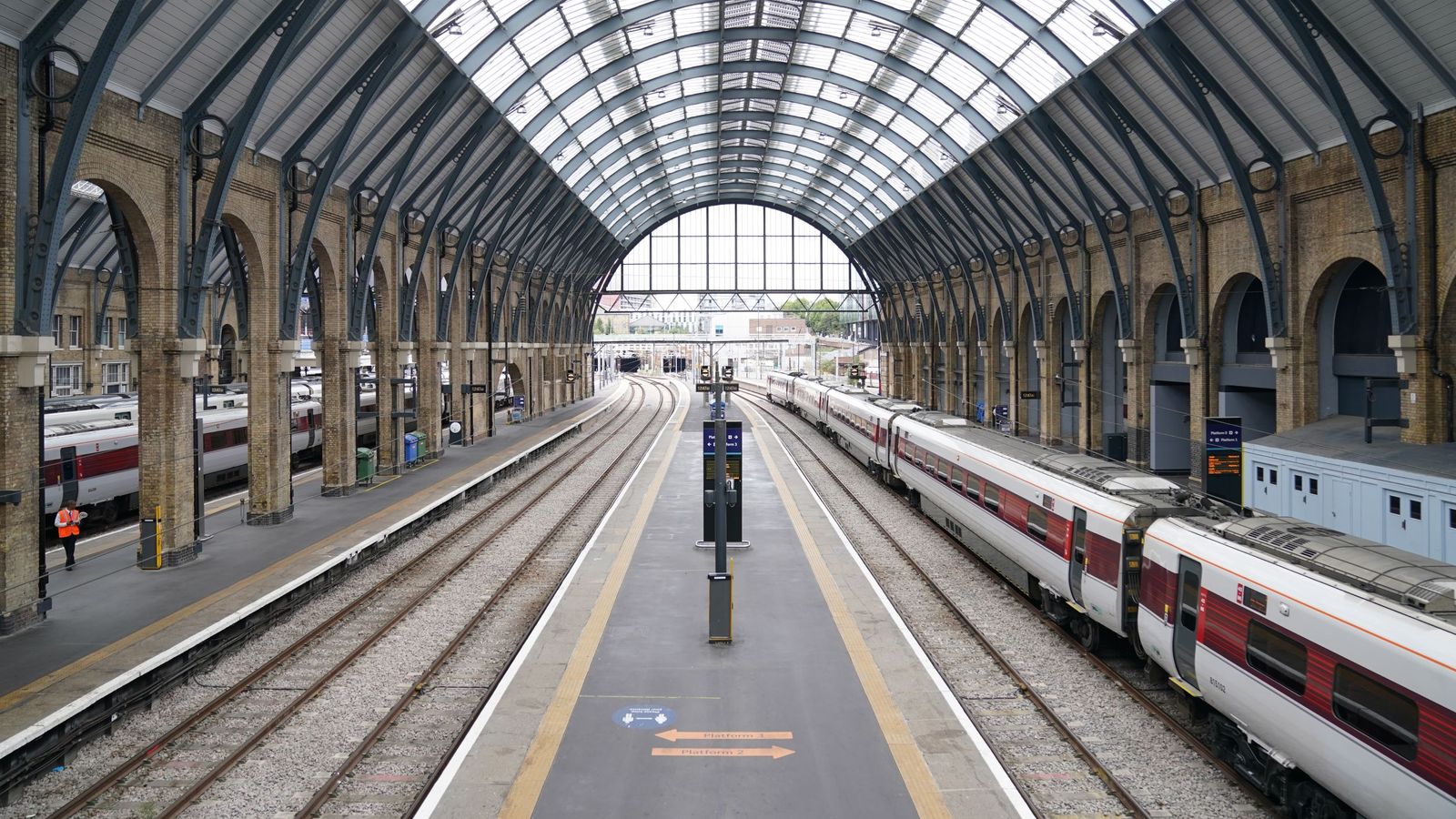 More rail strikes have been announced for 3 and 5 November – this time involving 14 train operating companies.

The Rail, Maritime and Transport union (RMT) has announced the strikes at the train operating companies – which run the trains – on the same days as other members of the union are planning walk outs on other parts of the transport network.

The RMT has said it is also planning strikes on Network Rail (which operates the track network) on 3, 5 and 7 November and, in a separate dispute, will take strike action on London Underground and Overground networks on 3 November.

Talks had been taking place between the RMT and the Rail Delivery Group, the British rail industry membership body.

But the body has not advanced an offer on pay, jobs and conditions, which has made strike action necessary, the RMT said.

The failure to advance an offer was “completely unreasonable”, according to RMT general secretary Mick Lynch.

“Some of our members on the train operating companies are some of the lowest paid on the railways,” Mr Lynch said.

“This stands in stark contrast to rail operating company bosses making millions of pounds in profit.”

Talks are ongoing but the industrial action is planned to go ahead.

Which railway operators are affected?

“We remain open to meaningful talks, but we are steadfast in our industrial campaign to see a negotiated settlement for all our members in this dispute,” Mr Lynch added.

The latest strikes comes after a summer of strike action across many industries and failed talks between unions and company heads.

A Rail Delivery Group spokesperson said: “We are frustrated that the RMT leadership has decided to take further strike action.

“Given their recent call for ‘intense negotiations’ we had hoped they would give our staff and customers a much-needed break from the disruption and lost pay of the last five months.

“Instead of inflicting more unnecessary long-term damage to the industry we all want to see thrive, we ask the RMT recognise the very real financial challenge the railway faces, and work with us towards fair deal that both offers a pay rise and includes the long overdue changes we need to make to improve services for our customers.”

The RMT is just one of numerous unions and organisations engaged in industrial action.

Also within the rail industry, Aslef (Associated Society of Locomotive Engineers and Firemen) and the TSSA (The Transport Salaried Staffs Association) have organised walkouts for thousands of members over the past months.