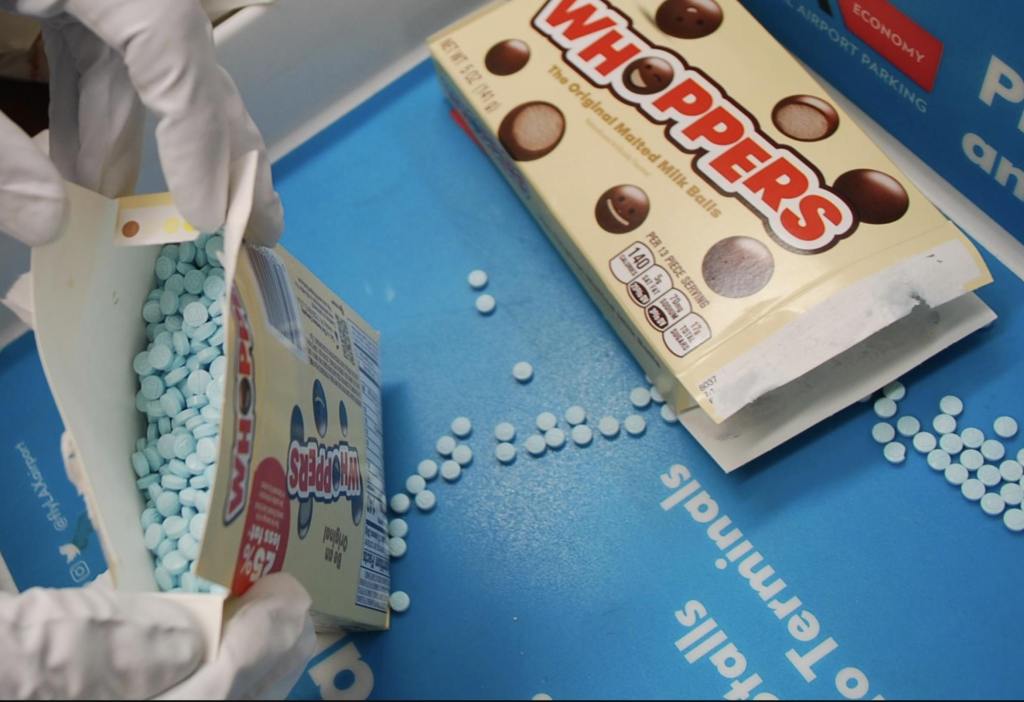 Authorities Wednesday seized thousands of fentanyl pills hidden inside bags and boxes of candy that a suspect attempted to smuggle through TSA screening at LAX.

Los Angeles County Sheriff’s Department and Drug Enforcement Agency units at LAX seized the roughly 12,000 pills about 7:30 a.m., after the suspect went through TSA screening with the drugs concealed in several bags of candy and miscellaneous snacks such as SweeTarts, Skittles, and Whoppers, according to the LASD.

“The suspect fled prior to being detained by law enforcement but has been identified and the investigation is ongoing,” the LASD reported. “With Halloween approaching, parents need to make sure they are checking their kids’ candy and not allowing them to eat anything until it has been inspected by them.”

Law enforcement agencies have been warning that when mixed with other drugs, fentanyl increases the chance of a fatal overdose.

Anyone with information on the incident was asked to contact the LASD Narcotics Bureau at 562-946-7125. Anonymous tips can be called in to Crime Stoppers at 800-222-8477 or submitted online at lacrimestoppers.org