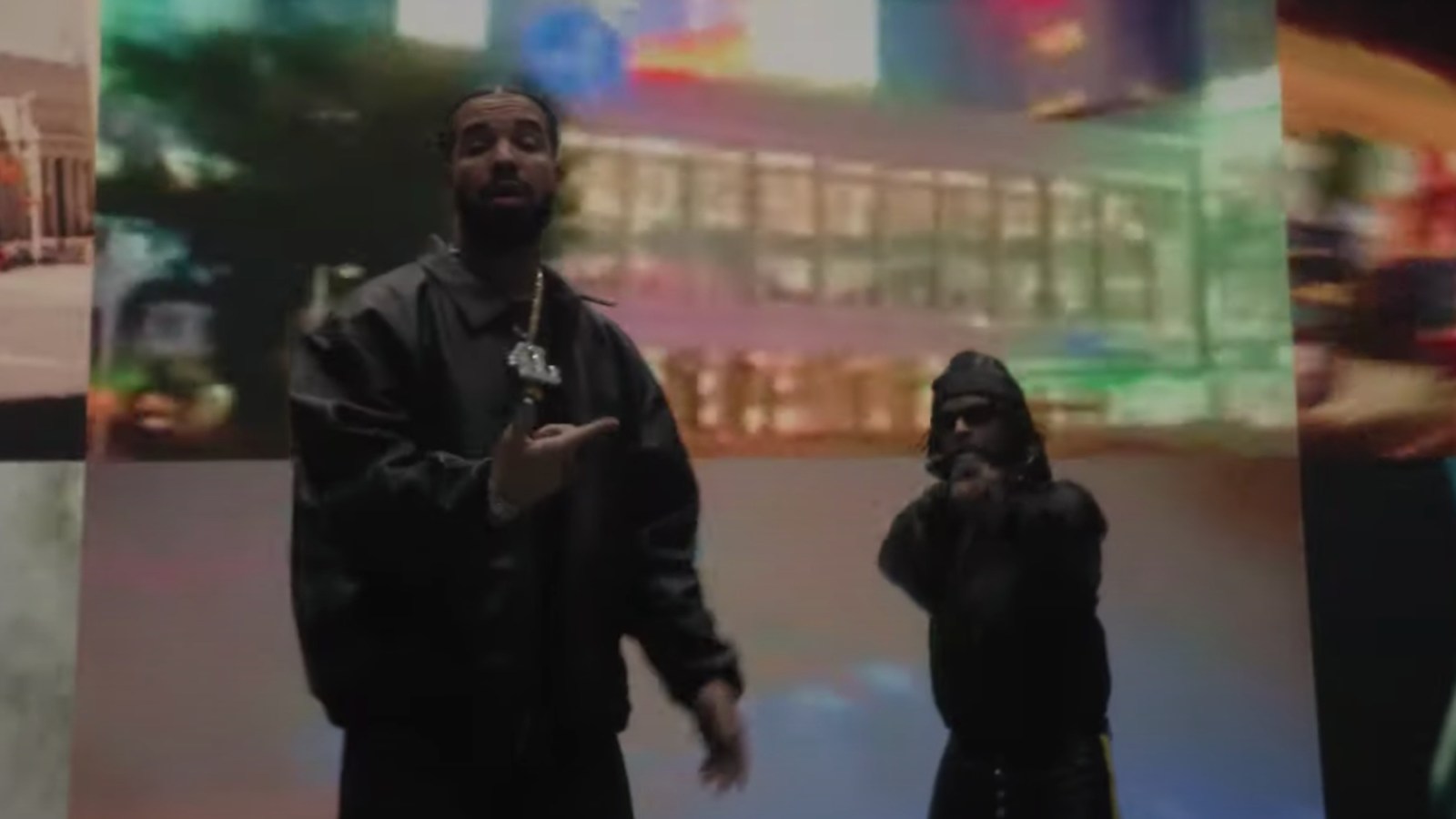 Drake and 21 Savage will be releasing a new collaborative album called Her Loss next week. The Toronto and Atlanta rappers recently teamed up for “Jimmy Cooks” from Drake’s seventh studio album, Honestly, Nevermind, which arrived in June. Her Loss arrives on Oct. 28.

In a new visual directed by Mahfuz Sultan soundtracked to “Jimmy Cooks” that dropped on Saturday, Drake and 21 Savage appear as Drake raps part of the song’s first verse. It’s unclear if a longer video featuring 21 Savage’s verse will arrive in the future. During the clip, the words “Her Loss, Album by Drake and 21 Savage, October 28, 2022” appear, to low-key announce their collaborative LP as the two talk in front of a backdrop of nine video scenes.

“Jimmy Cooks” is the sole collab to appear on Honestly, Nevermind. In addition to “Jimmy Cooks,” the pair recently previously teamed up on “Knife Talk” along with Project Pat from Certified Lover Boy, “Mr. Right Now” from Savage Mode II, and for 2016’s “Sneakin’.”

Earlier this week, the two rappers gave their debut live performance of “Jimmy Cooks” at a homecoming concert for colleges Morehouse and Spelman on Wednesday night.