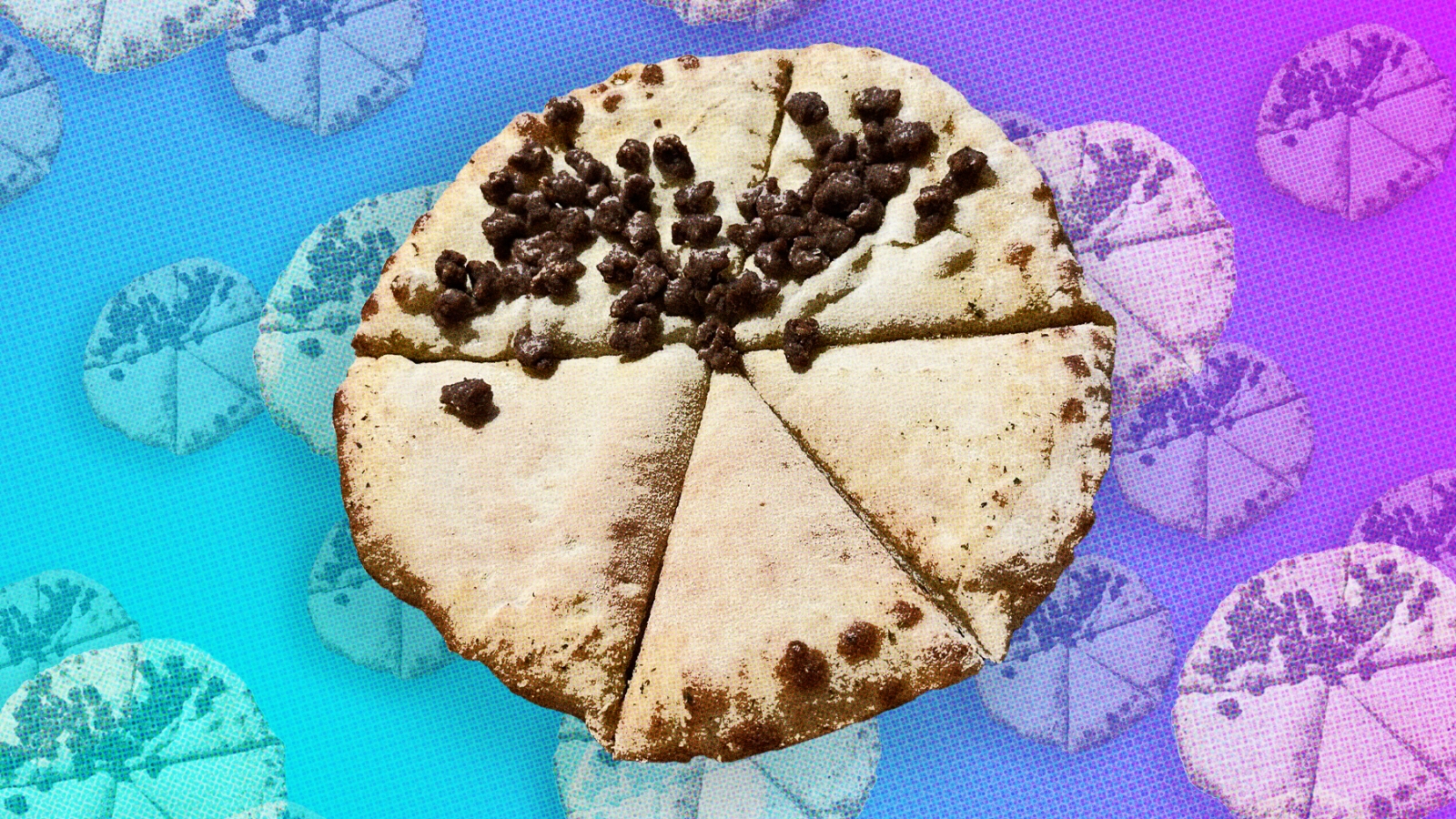 In Hollywood, Steve Molaro is known as an Emmy-nominated TV producer and writer who worked on the long-running sitcom The Big Bang Theory and co-created its spinoff, Young Sheldon. In the annals of internet lore, meanwhile, he’s the guy who first dared to order “None Pizza With Left Beef” from Domino’s, a hauntingly customized dish that became an indelible meme.

It was 15 years ago this month, on Oct. 19, 2007, that Molaro published a post titled “The Great Pizza Orientation Test” on his personal blog, The Sneeze. What interested him about Domino’s online ordering system at the time — when not having to call up the pizzeria had significant novelty appeal — was that you were made to specify whether half-pie toppings went on the left or right side. Thus, an experiment: would a divided pizza arrive “correctly” oriented in the box? Not at all, he discovered upon receiving a pepperoni-and-mushrooms pie. But that discovery was overshadowed by a far more unusual pizza Molaro had added to his order. Selecting the “NONE” option for both sauce and cheese — “just to be a dick,” he wrote — he then added beef to the left side. The result was tragic yet extraordinary:

The left-right alignment was almost correct, Molaro noted, but “the whole pizza was so small and light it must have shifted during delivery. And the little beef pellets didn’t have any sauce or cheese to hang on to, so a few lost their footing from the left half.” 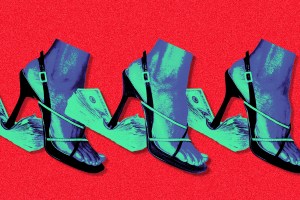 He had no idea that this striking combination of plain crust and haphazardly strewn meat nuggets would make his photo a cultural touchstone. In the decade and a half since, the image has spawned T-shirts, jewelry, stickers, embroidery and at least one custom emoji. Tumblr users are especially enamored of the concept, with many automatically reblogging it whenever it appears on their feed, and some ordering the cursed pizza for themselves. But no matter where it turns up, fans express their undying loyalty to the meme. “I will never not upvote none pizza with left beef,” wrote a redditor in 2015. Reposts go mega-viral to this day as people reminisce about the one-of-a-kind meal. A recent tweet (which erroneously claimed it was the 10th anniversary of the pizza) garnered over 140,000 likes.

Earlier this year, the Domino’s Twitter account made what appears to be the brand’s only acknowledgement of the phenomenon, joking that anyone old enough to remember it should start using eye cream. Rolling Stone reached out to ask if they had any internal data on None Pizza With Left Beef orders — and whether they spike around the middle of October — but the company did not respond. What we can say for sure is that attempts to remove both cheese and sauce from a customized pizza are now met with a pop-up warning, potentially to discourage these shenanigans.

“I didn’t even know it had become a meme until a friend of mine told me to Google it years later,” Molaro tells Rolling Stone. As to the longevity of the joke — it’s practically an ancient artifact where the internet is concerned — he can’t be completely sure why it still resonates. “I have heard theories like, ‘the picture is just so sad and simple,’ and ‘the name None Pizza With Left Beef is catchy,’” he says.

But it may be the sheer goofy innocence of the failed attempt at an un-cheesed, sauceless pizza with left beef that brings us joy. Molaro says he’s read comments from people “saying it reminds them of a simpler time on the internet, which is nice.” Reflecting on how the whole thing came about, he adds, “I think there is something in human nature that makes us want to see what else we can do with a technology beyond its intended use. Like when kids get a toy, they play with it for awhile and then start messing around with it in other weird ways. Here was some cool new pizza ordering technology — we ordered some pizza — now let’s see what other dumb stuff can we do with it.”

What most people don’t know, Molaro says, is that he never even tasted the original pie. He explains that “while I was off uploading the photos to my computer (this was before iPhones), my wife ate the entire None Pizza With Left Beef. In her defense, it was actually only a small 6” personal pizza. And we didn’t know we were in the presence of a future meme. But I do enjoy bringing up the fact that I didn’t get a single bite of it to her whenever I can.”

So, how does the creator of the internet’s most infamous pizza celebrate the 15th anniversary of his monstrosity? First, he went to his studio offices, where he discovered that his co-workers had thoughtfully decorated for the occasion:

But the main event came later, at home, where Molaro’s 22-year-old son had convinced him to order another None Pizza With Left Beef to mark the occasion. Molaro agreed, noting he could perhaps gain some “closure” after failing to sample the pizza that started it all. Poking around on the Domino’s site, he says, he found himself impressed by the new advanced interface.

The real test, however, was the pizza itself. “We were simply giddy with anticipation before lifting the lid,” Molaro says.

“Either way,” he says “we were happy to have it in our presence.” And Molaro’s wife, who has endured years of marital teasing about eating the 2007 pizza, was just as happy to let the boys enjoy this one by themselves.

“What can I say, the crust was fluffy and pleasant,” Molaro says. “The beef pellets were a little bland and chewy on their own, probably better in the context of cheese and sauce. I think my son put it best when asked to describe his experience: ‘If I’m tasting history — 6 out of 10.’”

A touching moment, and as fine a family tradition as one could ask for. It’s also heartening proof that whatever Domino’s employees may think of your silly stunt pizzas, they support your right to design them, and will do their best to bring even the most deranged ideas to fruition (for under ten bucks!). It doesn’t get more American than that. Bon appétit, you wild adventurers. May the dough rise to meet you, and the meat be tender on your tongue.