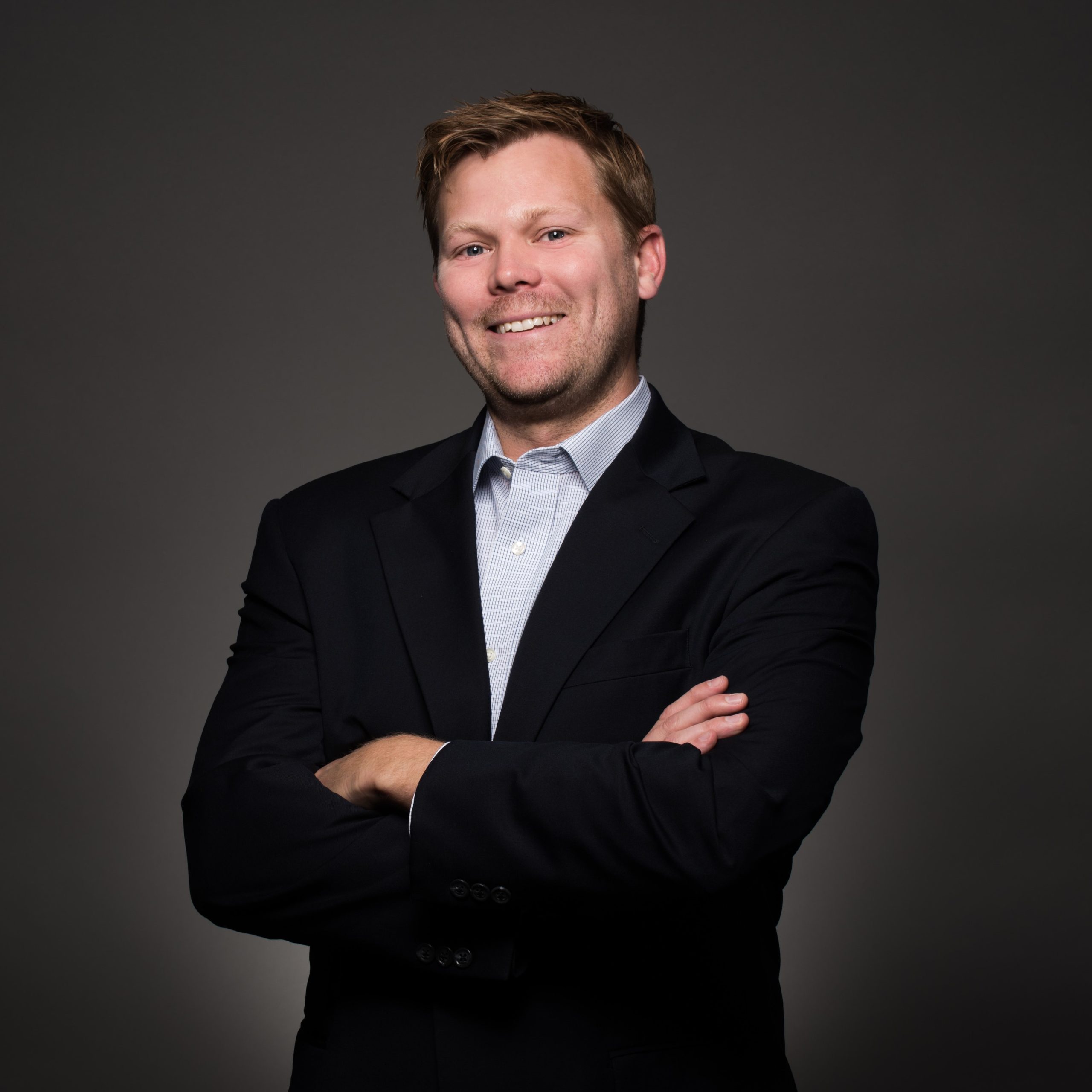 “Every age has its storytelling form, and video gaming is a huge part of our culture. You can ignore or embrace video games and imbue them with the best artistic quality. People are enthralled with video games in the same way as other people love the cinema or theatre.” — Andy Serkis

Humans love playing games. Imagine being able to do what you love and making money at the same time. By adding the thrill of cash-backed competition amongst peers into existing popular gameplay, Chris Slovak — the CEO and co-founder of Challenger — has made this possible for gamers of all backgrounds. Chris has leveraged his background in SaaS development, sales, and gaming to take on the challenge of democratizing access to esports-like competition for more gamers worldwide.

Having previously worked for marquee companies like Yahoo and Tealium, Chris’ career has enabled him to master the art of capturing consumer interests, which primed him to provide the best user experiences possible in real-time video game cash contests. His professional background, along with his own personal passion for gaming, led him down this path, and now – he has shared the story behind creating Challenger, along with some key predictions into what he believes the future holds for the industry.

I heard you’ve been working on some really exciting developments. Tell us about Challenger, and what inspired you to create it.

Challenger is a first-of-its-kind, free-to-use competitive gaming platform that allows video gamers to compete against their peers of all skill levels for cash. We recently added incentive-based reward programs, but we started with direct cash-to-cash play between two video gamers. My co-founder and I (who also happens to be named Chris) used to play Battlefield with a few other friends in our spare time and were always super competitive in gameplay. We’d even throw down a couple dollars on each hole when we’d go golfing. One night, after some Battlefield matches, I said, “Wouldn’t it be fun if we could play for a dollar per kill?” That’s what sort of sparked this idea.

We started analyzing the market and found that a lot of people know about esports (tournaments and professional play), but there wasn’t a way for me and a few friends to simply log in casually and play for a dollar per kill. The option just didn’t exist, which we quickly realized was largely a data accessibility issue. I have a pretty extensive background in big data, APIs, real-time analytics, and artificial intelligence, so we brainstormed how to create the solution we were seeking out. The data we needed for the experience we wanted for customers isn’t easily accessible by 3rd parties and sometimes even the studios don’t have it. So, we built an AI-powered technology that could essentially analyze on-screen gameplay with about 90% accuracy, which allowed us to gather the data necessary to make casual cash-backed competition possible. For example, I could choose Call of Duty and put down a $20 bet that I would get more kills than the other player. Then, when a willing opponent shows up, we would play according to that wager.

Do you think kids will pick this up?

Good question. There’s a really important caveat there. Legally it’s a game of skill, and we focus on that as being something for adults. We don’t let and don’t want to encourage children to participate. What people don’t realize is that 79% of gamers are over the age of 18. People tend to hear video games and think of kids and that might have been true in the 80s, but now your average gamer is 35 years old. Also, the average gamer plays 6 to 8 hours of multi-players a week and has $20,000 of disposable income. These are middle class professionals that are playing Call of Duty or Fortnite or Battlefield, and for them to put a few dollars down on something they’re so passionate about just seems to make sense. There are 3.24B gamers worldwide, with upwards of 163M adult gamers in North America alone, and millions more on the European continent. So, we think there are at least 200 and 300 million people that would be interested in this kind of activity. 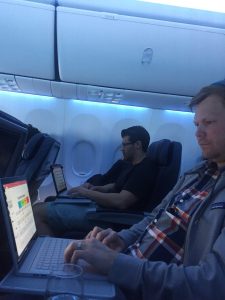 When I think of it, I think of my 7 year-old grandson that tells his brother I’ll bet you 20 bucks if…

When they turn 18 they can join. We are taking this very seriously in terms of making this for adults, now utilizing biometric customer validations. What this looks like is, you submit a picture of an ID, we take a picture of your face, and then we run both through a giant database to make sure you are who you say you are.

Do you anticipate this actually encouraging gambling? Not that doing so would be bad.

That’s a great question, and the answer depends on how you define gambling. It’s also important to remember that the American connotation of gambling is a bit more negative than it is elsewhere in the world. I was an international business sales developer before this, so I spent a lot of time overseas, where gambling is viewed differently. I would agree that it can be problematic when a person is blindly wagering based on a game or outcome that they have no control over. The inherent risk comes from the randomness and chance aspect of the bet. But, with Challenger, gamers are betting on their skill.

It’s your ability against somebody else’s ability. I’d argue that that’s similar to what you do every day when you go to work. I’d say it’s less risky than the stock market. It’s you versus somebody else who matches your skill set. So, it isn’t gambling from a regulatory perspective. You control your destiny. There is no house opponent that is going to come in and beat you. Is it going to change the way gamers play? No, I don’t think so. But will it enhance their experience and the overall competitive capabilities of the game? Absolutely.

If you look at the top four or five multiplayer games you will see 2-4M concurrent players, Why? It’s not just because it’s fun but because they want to compete against other people. So, Challenger is just taking that existing entertainment and turning it into something you can make money off of. We also recently announced that we’re rolling out “rewards-based” gameplay, so those who are uncomfortable wagering real money against other people can still dip their toes into the Challenger experience and earn rewards instead.

I think that’s so cool. How do you become a “Challenger?”

It’s as easy as: Go to the site, sign up at no cost through playchallenger.com, download our app, and then play your favorite participating game through our platform. You can play through the reward system without putting down a cash deposit or load some funds into your account to access the peer-to-peer contests.

Can you see big hotels and casinos adopting the Challenger platform?

Yes. If we look at gaming and casino hubs like Vegas, we’re already seeing a divide surface between the classic tourists and gamblers and the newer, younger visitors. The new generation is looking for more interactive experiences, which is true across every industry at this point in time. For example, considering the global gaming conference, if a section of a casino floor were to be reserved for Call of Duty gameplay and allowed me to bet money on my own skills, I would 100% choose to do that over playing the slots. I’d also argue that the majority of gamers would most likely agree with me on that. 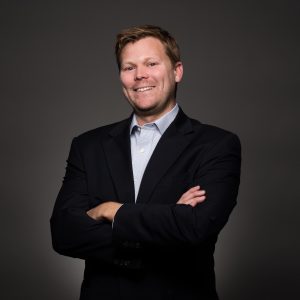 What about big tournaments?

The existing gaming tournaments (esports) are very successful, but they leave a few gaps behind in terms of gamer access and maximizing ROI. For example, if you invest millions of dollars into opening a tournament venue but only have one tournament there per week, what are you doing with all of those machines and all of that space between tournaments? Ideally, there would be a place where someone can walk in, sit down, play for a half hour or so, and walk away – which is exactly what the casino floor was designed for. We built Challenger as a fully online experience so that gamers don’t have to radically change when, how, where, and who they play against. By enabling this more casual cash-backed competitive gaming experience, we are actually creating net-new access to esports-like tournament competition for literally all gamers for the first time, and we set up new opportunities for in-real-life experiences for venue/event (LAN, casino, tournament) operators

I love that you’re doing this. Is there any last topic you want to touch on regarding the Challenger experience?

The last important detail would be that we look at everything from the consumer’s side, which is why/how we doubled down on the idea of peer-to-peer wagering. But as we watch the market evolve and see the discussions around the metaverse (which is really just a fancy video game) amplify, we can envision a world where the concept of incentive-based play is relevant to every industry. I came from the world of SaaS technology, where gamification was already being applied to the use of enterprise software. In that scenario, the game format is given enterprise value, whether that look like training AI models, doing data entry, software and product testing, or mathematical computations. In Challenger’s case, the notion that I can get paid to play video games while there is an incentive exchange between myself, the consumer, and the business on such a dynamic platform opens us up to a completely new genre of content … content that I don’t even know the true extent of yet. I’m positive that game providers are going to make content from this, specifically for the purpose of incentive play. To enable you to go to your job, do real work, and create real value for companies/society simply by playing a game. I think we’re at the very beginning of that.