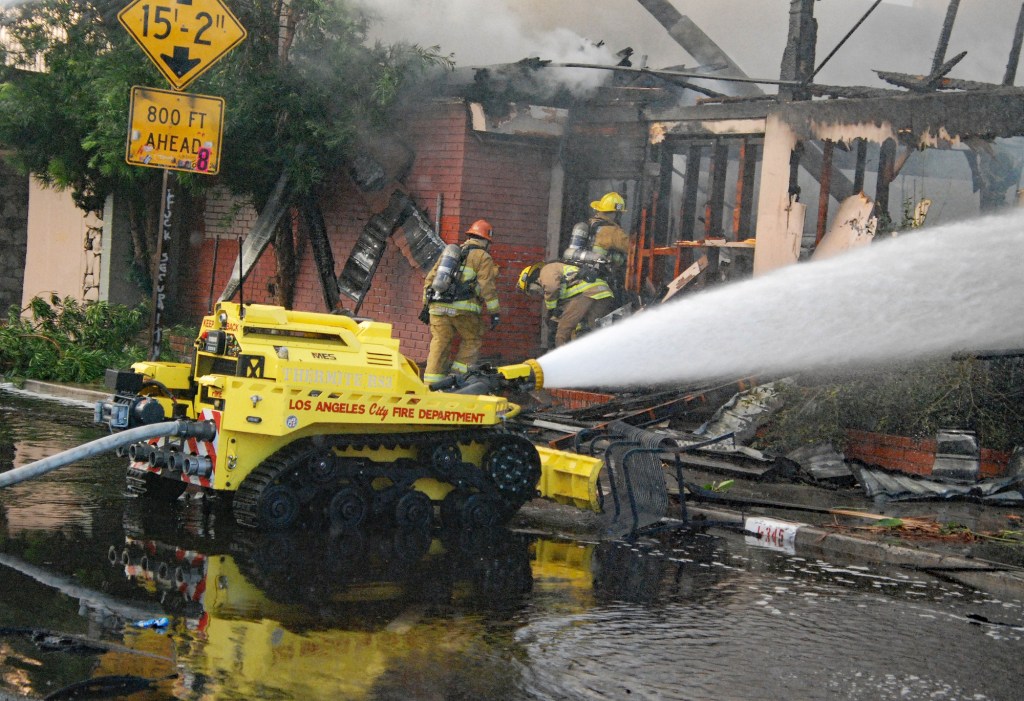 Firefighters doused a fire at the former Lamplighter restaurant at the abandoned Valley Plaza shopping center in North Hollywood early Wednesday morning, Oct. 26, as arson investigators looked into a cause for that blaze and other, smaller ones reported nearby at around the same time.

The larger fire began at the one-time restaurant, at 6261 Laurel Canyon Blvd., sometime before 6:40 a.m., according to the Los Angeles Fire Department.

For more than two hours, fire crews poured water into the center of the building from ladder trucks, but the structure later collapsed.

The smaller fires, at least eight, were all reported “within the span of approximately an hour,” said LAFD spokesman Nicholas Prange in a statement.

Officer Annie Hernandez, a spokeswoman for the Los Angeles Police Department, said detectives were preparing to arrest two people detained at the scene, saying both were suspects in their investigation into what caused the fire.

The original Lamplighter in the chain closed for good in 2006 to make way for a redevelopment plan that hasn’t happened.

The old restaurant was a cherished institution at Valley Plaza, first opened in 1951 and billed back in the day as one of the nation’s largest original open-air malls. Valley Plaza has been credited with helping set the standard for Southern California’s many car-friendly shopping centers.