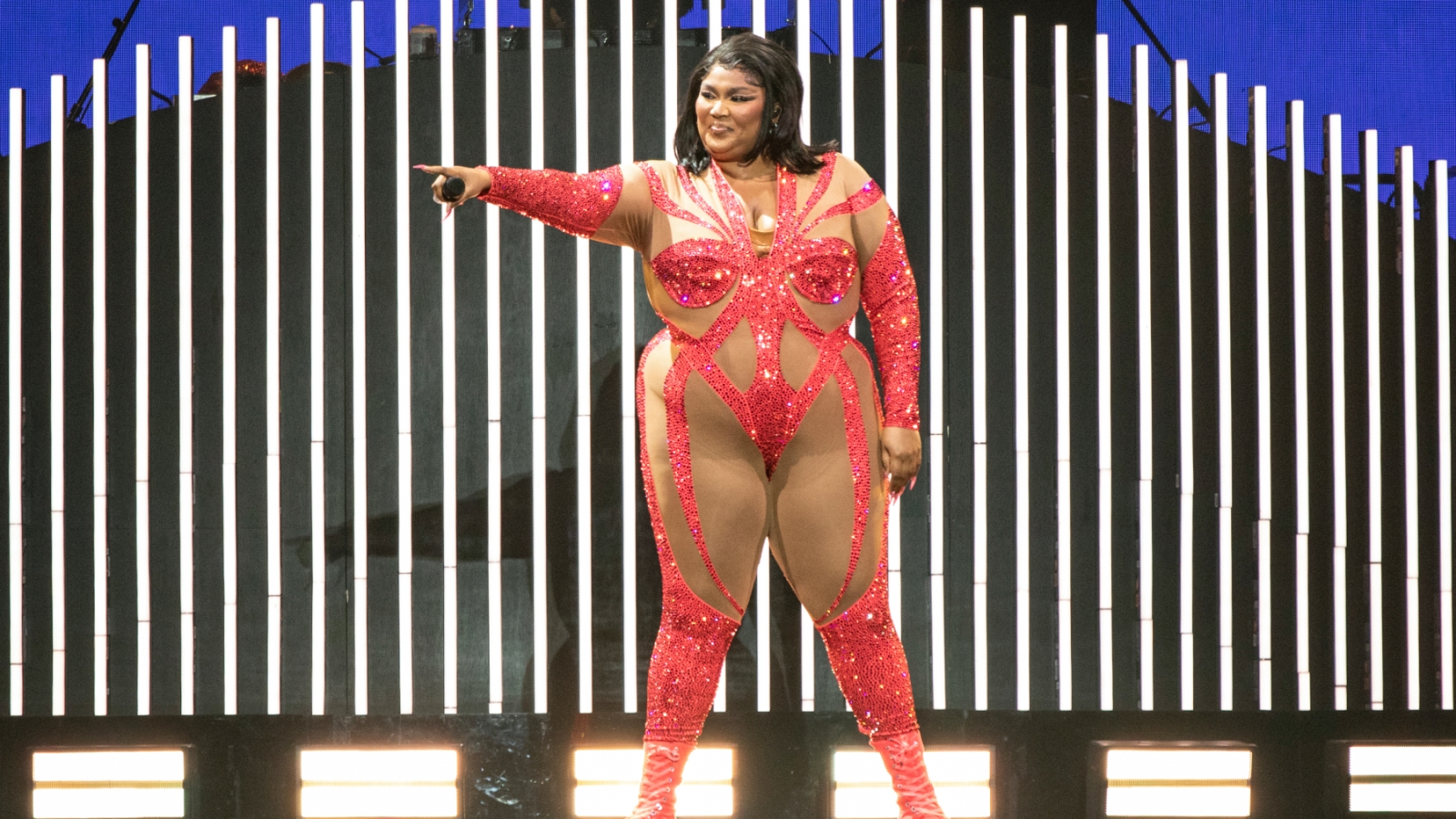 Lizzo assumed the throne of the Queen of Halloween 2022 with three wild costumes, which she shared on social media over the weekend.

The pageantry began back on Friday, Oct. 28, when Lizzo shared a couple of Instagram videos of her done up as Chrisean Rock, the musician and girlfriend of rapper Blueface. Sporting Rock’s classic white T-shirt, jean shorts, neck tattoo, and a missing tooth, Lizzo shared a video of herself singing Rock’s song “Vibe” and recreating her viral “I don’t know who to slap” moment.

Lizzo served up her most elaborate look next, covering her body in yellow paint and donning an enormous blue wig to go as none other than Marge Simpson. While Lizzo did dutifully recreate two classic Marge memes — ashamed Marge and Marge krumping —  she added some chaos juice to the already outrageous costume with a video that found her mouthing along not to some iconic Marge quote (like, “I just think they’re neat”), but a line from Lois on Family Guy.

“The crossover episode y’all been waitin for,” she quipped in the caption for that latter clip.

For her third costume, Lizzo turned to the overflowing well that is TikTok. She dressed up as Woo Wop, the little kid who went viral this year when he donned a super emo look and started singing, “I wanna kill my mom! I wanna kill my dad! I wanna kill my grandma!” Speaking to the hyper-niche nature of the meme, Lizzo quipped, “Idk if Twitter will get this one but…”

While three outrageous and extremely online costumes would surely be enough for most people, it’s definitely worth noting that Lizzo dropped all of these costumes before Halloween itself. The spookiest day of the year has only just begun. Maybe Lizzo has one more trick up her sleeve.

Using XDR to Consolidate and Optimize Cybersecurity Technology
UK ‘is already in a recession which is expected to last into next year’
Outfest Names 2022 Screenwriting Lab Fellows
Community meetings in the San Fernando Valley, Dec. 5-12
Celebrity lawyer and former Trump foe gets 14 more years in prison