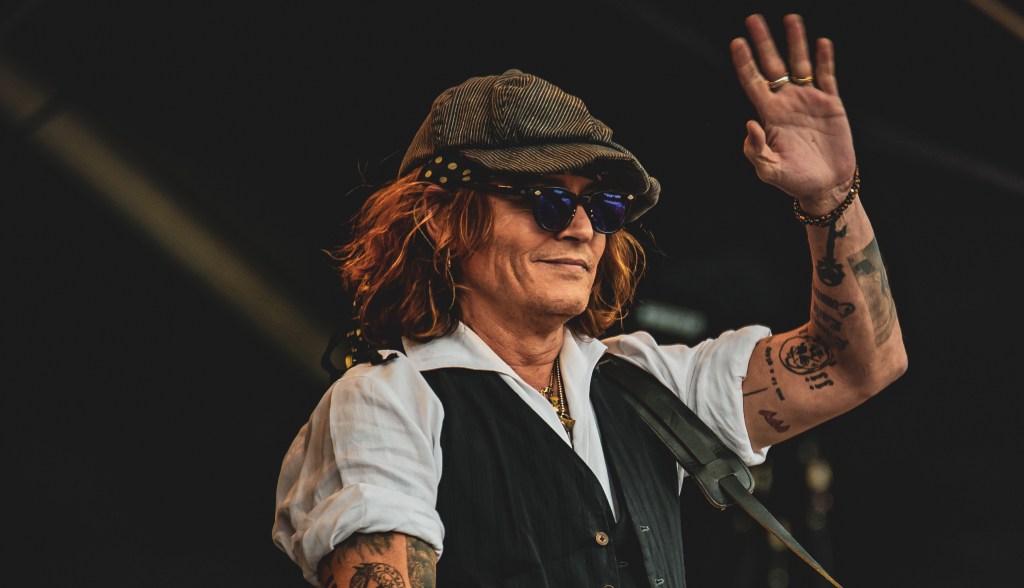 Johnny Depp wants his defamation cake, and he wants to get to eat it too.

“This Court should reverse the judgment on Ms. Heard’s Counterclaim as to the April 27 Waldman Statement, but should otherwise affirm the judgment in Mr. Depp’s favor,” declared a filing today by the ex-Pirates of the Caribbean star in Virginia’s Court of Appeals (read it here).

Despite almost sweeping the table earlier this summer in the defamation trial against his Rum Diary co-star and former spouse, Depp is determined to not pay Heard the $2 million that a Virginia jury oddly awarded her in a countersuit claim.

The Aquaman star claimed that Depp was “vicariously liable” for a trio of damning and defaming statements his close pal and ex-lawyer Adam Waldman gave to UK tabloid The Daily Mail calling Heard’s allegations of violence and abuse at Depp’s often allegedly drunken hand were hogwash. Specifically, an April 27,2020 article where Waldman’s characterized Heard’s account of an alleged domestic violence incident between the high profile couple on May 21, 2016 aa a “hoax” found the jury’s favor.

Walking away from the Fairfax County Courthouse on June 1 with the cheers of fans in his ears, a $10.4 million award in his figurative pocket, and now an accelerating comeback trajectory, Depp and his bicoastal Brown Rudnick LLP team have made the first formal move in what has been a long anticipated appeal process from both sides.

“The judgment in Ms. Heard’s favor on that lone statement is erroneous,” the 44-page appeal filing succinctly says. “Even if the Court were to conclude that Mr. Depp could be held liable for Mr. Waldman’s allegedly tortious conduct, the trial court nonetheless erred in denying Mr. Depp’s Motion for Summary Judgment and Motion to Strike because Ms. Heard failed to present evidence to establish one of the required elements of defamation,” the document adds .”Specifically, Ms. Heard failed to present evidence that Mr. Waldman acted with actual malice when he made the April 27 Statement.”

Adding to that, the appeal filing from Depp’s Ben Chew and Camille Vasquez-led legal crew asserts: “Ms. Heard presented no evidence at trial that Mr. Depp was personally involved in directing or making the Waldman Statements. Instead, she chose to pursue a pure vicarious liability claim against Mr. Depp, contending that he was liable for Mr. Waldman’s allegedly defamatory statements simply because Mr. Waldman was his attorney.”

Kicking all this off almost four years ago, Depp sued his ex-wife Heard in March 2019 for $50 million over a late 2018 Washington Post op-ed under Heard’s byline. In the article, the American Civil Liberties Union ambassador spoke about becoming a “public figure representing domestic abuse.” While Heard never mentioned the one-time Oscar nominee by name in the piece in the Jeff Bezos-owned broadsheet, the litigious Depp insisted the op-ed “devastated” his already fading career. Under what are now characterized as the orders of publicists and lawyers at the time, Depp was silent during he and Heard’s restraining order-loaded 2016 divorce. However in his filings and repeatedly on the stand during the media saturated trial earlier this year, Depp declared he was in fact the one who was abused in the couple’s relationship.

Coming up repeatedly short to get the matter dismissed or moved to another jurisdiction, Heard countersued Depp for $100 million in the summer of 2020. That countersuit came months before Depp’s UK libel case against the Rupert Murdoch-owned The Sun tabloid for calling him a “wife beater” proved a dramatic flameout in November 2020.

Presently stuck in a sideshow suit between her insurance companies over paying for her defense and more, a self declared “stateless” Heard also proved unsuccessful in his initial attempts to have the Virginia verdict overturned or tossed out. In what has become a bitter and lurid battle played out on all levels and platforms, both sides filed their assignment of errors with the court last month. The procedural next step in the appeal process in the Old Dominion, Depp’s October 11 three-point placement in the docket pretty much laid out what was more punctiliously presented today.

Heard’s 16-point assignment of errors strew the seeds for an ambitious appeal from her side that leaves almost no stone unturned.

In the context of today’s Depp appeal, item #15 in Heard’s October 11 filing may prove very telling of where the actress’ formal appeal will put its own thumb on the scale. The Ballard Spahr LLP filed document noted: “The trial court erred in denying the motion to set aside the jury’s verdict and in ruling that the jury’s verdicts in favor of Mr. Depp on his claims against Ms. Heard and in favor of Ms. Heard on her claims against Mr. Depp were not inherently and irreconcilably inconsistent.”

The speed of American justice being what it is and the pandemic backlog that still clogs up the courts being what it is right now,. expect to see at least Depp on screen long before you see either the actor or Heard back on the stand testifying.  Portraying Sun King Louis XV in French director Maïwenn’s upcoming costume drama Jeanne du Barry, recent Jeff Beck sideman Depp will be making a spotlighted appearance in Rihanna’s Savage X Fenty Vol. 4 fashion show on Prime Video starting November 9. On the other hand, Heard won’t be back under the sea and on the big screen in the once again delayed Aquaman and the Lost Kingdom until the Warner Bros superhero pic finally comes out on Christmas Day 2023.

John Carter Cash Reflects On Overcoming Demons Alongside His Father, Johnny Cash: “He Was My Best Friend”
New Jersey’s Torso Killer Pleads Guilty to Brutal 1968 Rape and Murder
Coronavirus: Here’s how many patients are in hospitals with COVID-19 as of Nov. 30
Founder of bankrupt crypto firm breaks his silence, with thousands locked out of savings
Royals’ blighted US trip to end with Biden meeting and Eilish at prizegiving