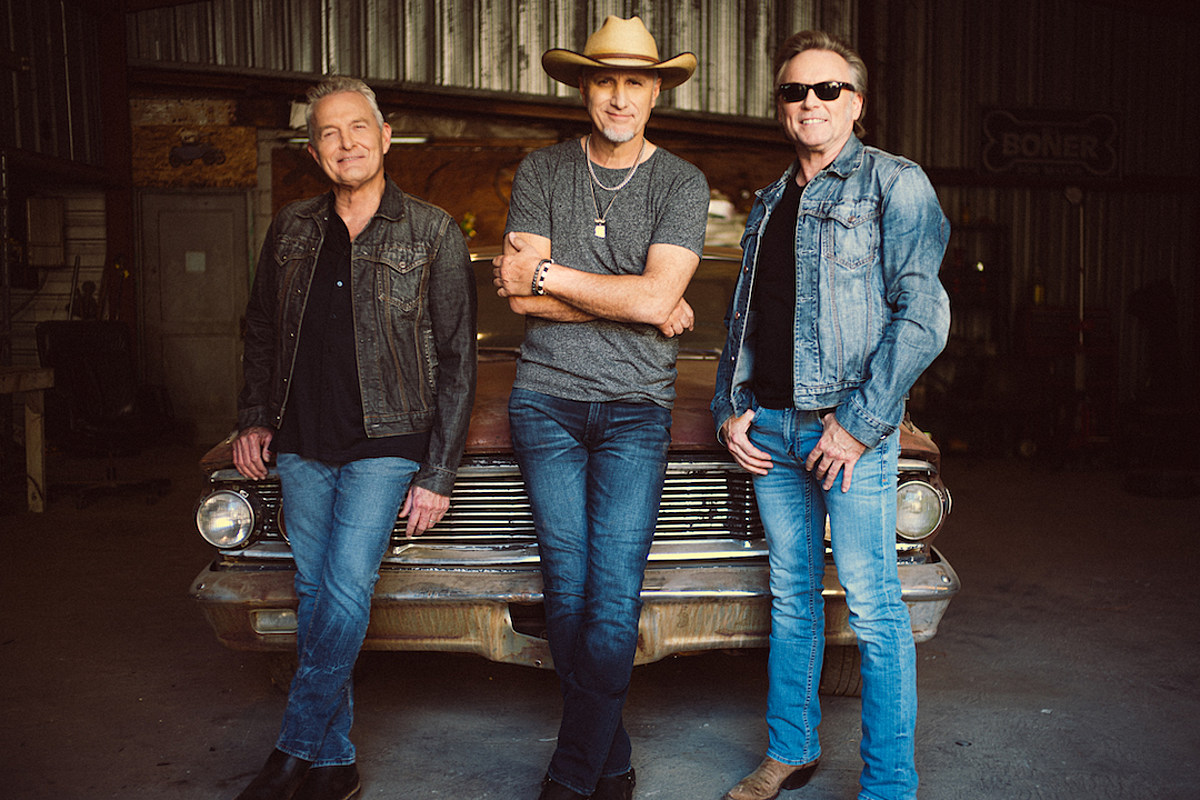 The 90s country music sound is having quite a moment right now, and some of the best voices of the era are ready to remind you what made it great. The original lineup of McBride & the Ride, featuring Terry McBride, Ray Herndon and Billy Thomas, is back — and they are debuting their first single in two decades exclusively with The Boot.

Out tomorrow (Nov. 4), “Marlboros & Avon” is a nostalgia-rich tune that transports listeners all the way back to the 70s while giving a nod to the trademark sound at the core of previous hits like “Sacred Ground” and “Love on the Loose, Heart on the Run.”

“Even if you didn’t grow up in the 70s, this song kinda makes you wish you had,” says Herndon, who has performed as Lyle Lovett’s lead guitarist since 1985 and had songs cut by Kenny Chesney, Aaron Tippin, Lee Greenwood and Linda Davis.

“I love a song that you can connect with and relate to the first time you hear it,” lead vocalist Terry McBride offers. “It certainly sums up a big part of my life as a teenager in Central Texas in the 70s.”

McBride has also stayed busy since the band dominated country radio in the early 90s. He’s one of the genre’s most sought-after songwriters, penning tracks recorded by Brooks & Dunn, Reba McEntire and Cody Johnson, among others.

“My mom sold Avon and had parties sometimes,” Billy Thomas, who has also worked alongside greats like Vince Gill, Emmylou Harris, Patty Loveless and Earl Scruggs, says of the new single. “My dad, a marine, never had a drink or smoked, but ironically we did own a Mercury!”

The trio never stopped doing their thing but haven’t recorded an album together since 2002’s Amarillo Sky. As the popularity of 90s country continues to soar, one of the originals is back to rekindle the magic of that era — and it sounds as good as it ever did.

Get an exclusive first listen to “Marlboros & Avon” below:

McBride & the Ride have a handful of tour dates coming up, including an appearance at Florida’s inaugural Key Western Festival, which celebrates all things 90s country. You can see a full list of the band’s upcoming tour dates at McBride & the Ride’s official website.

Country music came into its own in a big way during the 1990s. With more FM radio stations offering artists exposure, blockbuster album sales followed — as did superstardom for acts such as Shania Twain and Garth Brooks, both of whom had multiple full-length projects be certified diamond, for shipping in excess of 10 million albums.

Yet the ’90s also introduced several new acts that would shape country music for decades to come, and found veteran artists receiving a bump in notoriety (and record sales), courtesy of a mainstream musical climate that embraced the genre like never before. Read on for The Boot’s picks for the Top 10 Country Albums of the 1990s.