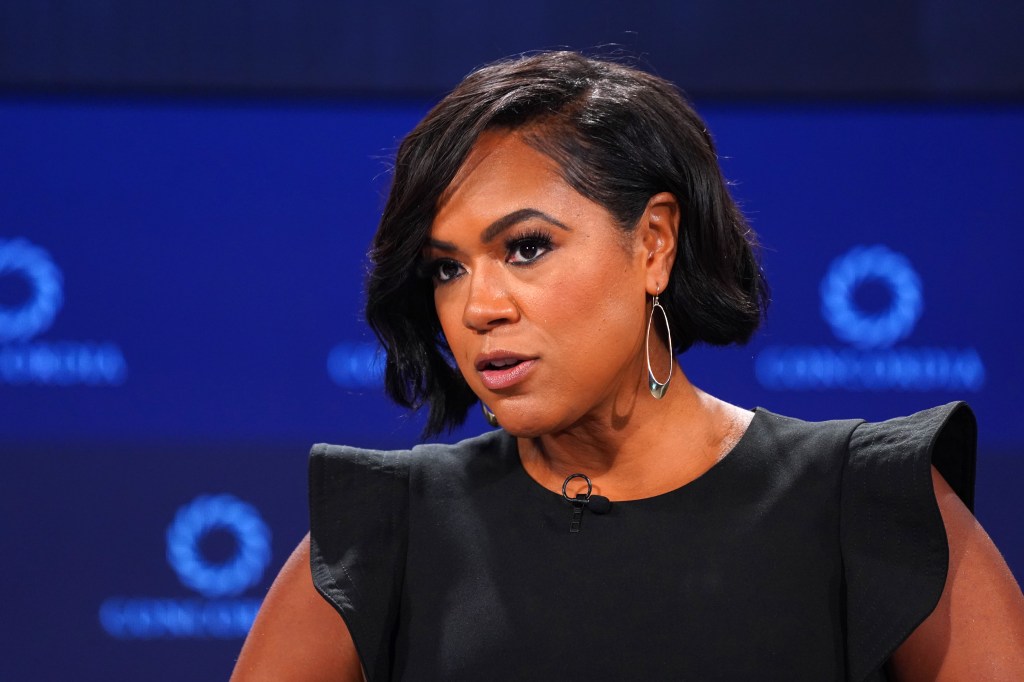 UPDATE: Tiffany Cross released a statement on Friday evening, saying that she was “disheartened” to learn of the cancelation of The Cross Connection “at such a crucial time — four days before the midterm elections.”

“From the beginning, we were intentional about centering communities of colors, elevating issues and voices often ignored by the mainstream media, and disrupting the echo chambers,” she wrote. “As a result, viewers consistently made The Cross Connection MSNBC’s highest rated weekend show.”

She added, “Fresh off the heels of a ‘racial reckoning,’ as so many have called it, we see that with progress there is always backlash. Now is not the time to retreat to politics or journalism as unusual. It is my hope that the last two years at MSNBC have been disruptive and transformative, changing how politics are discussed and making policy more digestible. It was the opportunity of a lifetime to create a show the culture would be proud to keep trending every weekend.”

She also addressed reports that MSNBC was upset over her responses to other cable hosts. She said that while her show “ended abruptly, surprising many of us, my work is not done. Political violence is increasing and it’s becoming inherently more dangerous to speak the truth. But, after more than 20 years in journalism, I will not stop. The attacks on me from other outlets and former hosts will never control my narrative.”

The network chose not to renew her contract and will fill her timeslot with a series of rotating hosts in the interim, according to a source familiar with the plans. Variety first reported on the network’s decision.

Cross’ Cross Connection launched in 2020, as part of a series of changes to MSNBC’s weekend lineup that also included a new show featuring Jonathan Capehart.

Cross’s staff was informed of the decision on Friday morning, the source said, but will remain in place.

Cross did not immediately respond to a request for comment. She previously was the D.C. Bureau Chief for BET Networks.

A source confirmed that there were concerns at the network that Cross’s commentary, on the show and elsewhere, did not meet the network’s editorial standards. In an appearance on Charlamagne Tha God’s Comedy Central show on Thursday, Cross said Florida “literally looks like the dick of the country.”

Cross delivered pointed commentary during her show, at times singling out other media hosts. After Megyn Kelly attacked her earlier this month and called her the most “racist person on television,” Cross called Kelly “the blackface expert.” Kelly had moved to Fox News to NBC News in 2017 with a reported longterm contract worth $69 million, but her daytime show failed to make a dent in the ratings and she was beset with controversy over comments she made about wearing blackface as a Halloween costume. She later apologized.

Cross also was the target of a recent Tucker Carlson commentary on Fox News, but he has also singled out other MSNBC hosts including Joy Reid.