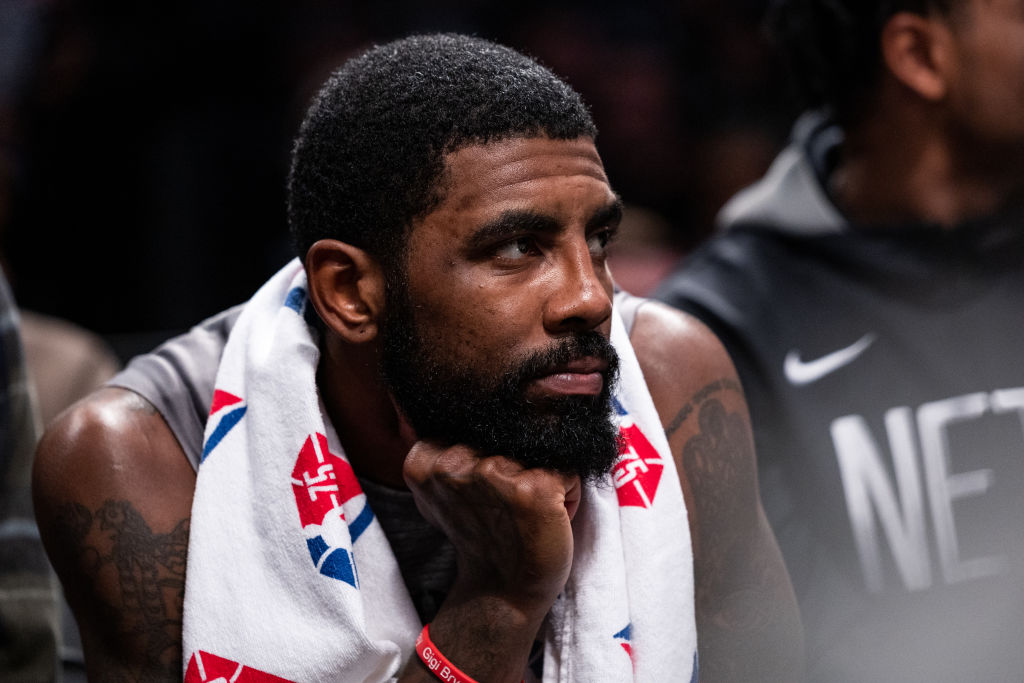 My oldest cousin was never particularly religious. In fact, the only time I ever recall Ronnie Lee in the pews of a church was for various family funerals and weddings, where he often came dressed to the nines with high-shined Stacy Adams and silk-brimmed, fedora hat festooned with a peacock feather like he was headed to a Player’s Club ball. Once, days after somebody plastered his backside with a hail of buckshots in a botched robbery, he came hobbling into Auntie Gerald’s house looking for a hot plate and a warm bed. We never knew who was actually the victim, as Ronnie Lee was sometimes the one doing the robbing. Between the women, drugs and stints in prison, he managed to sire 11 or 12 children by last count.

Undereducated and prone to conspiracy theories, when he had a bit of liquor in him, he’d rail about “staged” moon landings and the scourge of Reagan-era trickle-down economics from the front porch. He was right about Reagan, but he thought Jewish people controlled everything from the World Bank to The Great Ethiopian Famine. For him, Jew was a verb most often used to describe negotiating a price, cheating a customer or high interest predatory loans. “They got too much power,” he’d say. “We’s the lost tribes of Israel.” 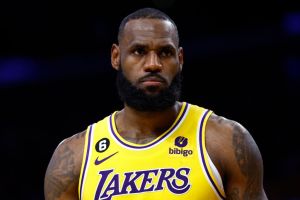 Through the years, he was so drunk so often that a judge in Georgia made him turn over the license plates to his truck. His mama, my auntie, loved him bone-deep even if she thought his worldview was poppycock. “Get on ‘way from here with that noise, Ronnie Lee,” she’d say.

Ronnie Lee was just that crazy uncle that needed to be suffered if not pitied.  After refusing COVID-19 vaccinations, he passed on a few years ago with his children at his side. But the deeply rooted antisemitism he harbored throughout his adult life lives on.

In recent days, as the Brooklyn Nets suspended him and Nike severed ties with NBA star Kyrie Irving, I wondered if I might need to throw out the brand new pair of hightops I bought for my granddaughter. I couldn’t shake how the Australian-born, first overall draft pick’s proselytizing closely resembled Ronnie Lee’s. Then, there is Kanye West. A self-professed, free-thinking genius, the artist now known as Ye has compared himself and the financial shellacking he is enduring to George Floyd and Emmett Till. After apologizing for attributing Floyd’s death to fentanyl, West said he knew what it was like to have somebody’s foot on his neck. In an Instagram post, he called his widespread condemnation and fall from grace a “digital lynching” and likened it to bankrupting his “social credit score.” The chart-topping rapper, producer, fashion designer and now former billionaire included a picture of a grossly disfigured Til, a 14-year-old who was lynched in 1955, in his casket.

Twitter was alight with disgust. I was struck, though, by the notion that some posters believe this brand of antisemitism among Black people is somehow something new and rare. I can tell you, without pause or question, that it is not. Far from rare, such bigotry and echoes of Black Hebrew Israelite antisemitism was and still are commonplace in many quarters. However, just as prominent is the cavalcade of voices — from Black people — willing to shout them down. But, that is rising again — from the lips of celebrities and across social networks like Tik Tok — is both maddening and dangerous. I don’t have to wander very far to find another Ronnie Lee. A few minutes of doom-scrolling will inevitably turn up another Kanye fan, who believes he is being punished for “telling the truth” and wonders where the outrage was when he was calling slavery “a choice.”

What they miss is the well-documented, storied history of allyship between Black and Jewish people. Our struggle was theirs and theirs was ours. You see, there were two Jewish boys — Andrew Goodman and Michael Schwerner — in the car with James Chaney the day they were abducted and murdered in Philadelphia, Mississippi. They had come south from New York, in 1964 during Freedom Summer, to help register Black people to vote. They not only bled and died for the cause of human rights, ultimately, American Jews played a significant role in both founding and funding some of the most critical civil and human rights organizations — NAACP, Southern Christian Leadership Council and the Student Nonviolent Coordinating Committee among them.

“As far back as the 19th century, Jewish storekeepers were virtually the only Southern merchants who addressed black customers as ‘Mr.’ and ‘Mrs.’ and permitted them to try on clothing,” wrote Howard Sachar, author and professor of Modern History at George Washington University.

In 1954, the work of Dr. Kenneth Clark, a Black sociologist, which demonstrated the impact of segregation on Black children, was presented to the Supreme Court in the landmark Brown v. Board of Education case was commissioned by the American Jewish Committee.

Philanthropist Julius Rosenwald, in partnership with Booker T. Washington, helped establish more than 5,000 schools for Black children and contributed funds to around 20 Historically Black Colleges and Universities (HBCU). Rosenwald wanted to seed generations of free-thinkers, young men and women who could chart our destinies and grow wealth for centuries. To get there, he knew access to a worthwhile education was critical.

The Rosenwald-Washington model has continued through the decades, as Black and Jewish leaders link arms to fight for social justice. The Black-Jewish Alliance of the Anti-Defamation League in Philadelphia was formed to fight racism and antisemitism in 2017. Atlanta’s Black/Jewish Coalition came together in 1982 to campaign for the renewal of the Voting Rights Act.

In the 1960s, the rise of Black nationalism stoked the flames of antisemitism in Black communities. They did it from the inside out.  In addition to its empowering messages of self-sufficiency, Black nationalism broke with non-violent Kingian theologies and attempted to shred  the social compact between Black and Jewish people. For the separatists, their own  influence was partially dependent upon their ability to shutter the relationship, to push Jewish people out of Black spaces and reject those organizations that welcomed them.

History was never Ronnie Lee’s strong suit and I am certain he never heard of Rosenwald and wouldn’t know Huey Newton or Stokely Carmichael if they rose from the dead and danced down M.L.K. Drive. Inarguably, Kanye and Kyrie suffer the same dilemmas. They are, in many ways, cleaved to bastardized theological rantings of Minister Louis Farrakhan — which, presumably, Ronnie Lee picked up while serving out a sentence for armed robbery in the Illinois State Penitentiary in the early ‘70s. Farrakhan, perhaps the most prominent Black anti-semite in the modern era, according to the ADL, “frequently denies that Jews have a legitimate claim to their religion and to the land of Israel, claiming that Judaism is nothing more than a ‘deceptive lie’ and a ‘theological error’ promoted by Jews to further their control over America’s economy and foreign and domestic policy.”

That Kanye was raised in Chicago, a short distance from the Nation of Islam’s world headquarters, should be lost on no one. NOI was formed in Detroit before relocating to Chicago, and took hold throughout the midwest before spreading to places like Oakland, New York, and Baltimore. A young Kanye, growing up on Chicago’s southside — a 15-minute drive down Southshore Drive from NOI leader Elijah Muhammad house — would’ve had a front row seat. Five hours away, downstate in East St. Louis, Black separatism reached our dinner tables too. I grew up hearing about “white devils” and the “stolen” lands.

“Holy Land don’t belong to a white Arab or a white Jew. You are settlers on our land,” Farrakhan said in a 2017 interview with a Chicago radio station. “We are the original owners of that part of the earth and you all kicked us out and assumed our position… But now God has come and we are coming to reclaim what belongs to us.”

However, one need not live in the midwest to be infected by its poison and vile. Those teachings have been swirling through our streets across the country, word-of-mouth, for 50-odd years and counting.

Irving, who is unsurprisingly also a flat-earther, tweeted a link last Thursday to the film Hebrews to Negroes: Wake Up Black America, which accuses Jews of Satan worship and plotting world domination. For that, West called him a “real one.”

Ironically, our own ancestors — Ronnie Lee’s and mine — happen to also be of Jewish descent. Mary Helfner, his father Albert and Aunt Josie’s paternal grandmother, was a Jewish woman from Henrico, Arkansas. And, my father’s family sprang from Judah, Solomon and Jenni Levi, who were Hungarian Jews. But, the ties that bind us should not be blood alone. After all, the very first anti-immigration laws this nation ever passed was based on a xenophobic backlash against Jewish people fleeing Nazi Germany and other parts of Europe. A good many emigrated to St. Louis where we lived. The so-called Great Replacement Theory — the white nationalist trope espoused by Tiki-torch waving miscreants in Charlottesville, Virginia — has been used to justify the murder, plunder and maiming of both Jewish and Black people.

We cannot allow ourselves to be manipulated into eviscerating that solidarity by prison-baked theologies or be the handmaids of white supremacy. Our job is to continue calling it out and shouting it down, no matter who trafficks in the filth of antisemitism. No matter what other gifts they may have to entertain us with, we cannot let up. We cannot be mesmerized by the Klieg-lights, the roaring fans in the bleachers or the latest bop to hit the radio. While Farrakhan himself doesn’t command the multitudes he once did, unfortunately, his message surely does. What makes Kanye and Kyrie so dangerous and malignant is that there are thousands of young Black boys who see them, see their success and wealth, and believe them. We cannot allow this to fester for another 50 years. We cannot let our children think this is okay. You have to make it hard for hatred to get out of bed in the morning and find another way to the bank.

Goldie Taylor is a author of a forthcoming memoir, THE LOVE YOU SAVE, due out in January 2023 from HarperCollins/ Hanover Square Press

Ohio Second Grader Creates Incredible Joe Diffie-Inspired “Disguise The Turkey” Thanksgiving Art Project
Messy Divorces and Dishy Lawsuits: Season 2 of ‘My Unorthodox Life’ Will Have It All
Jon Pardi & Lauren Alaina’s Eric Church-Penned Duet “Don’t Blame It On Whiskey” Really Should Have Been A Single
Celebrity Prisoners’ Thanksgiving Day Feasts Revealed
We’re Being Gaslit About ‘Gaslighting’ Being the Word of the Year