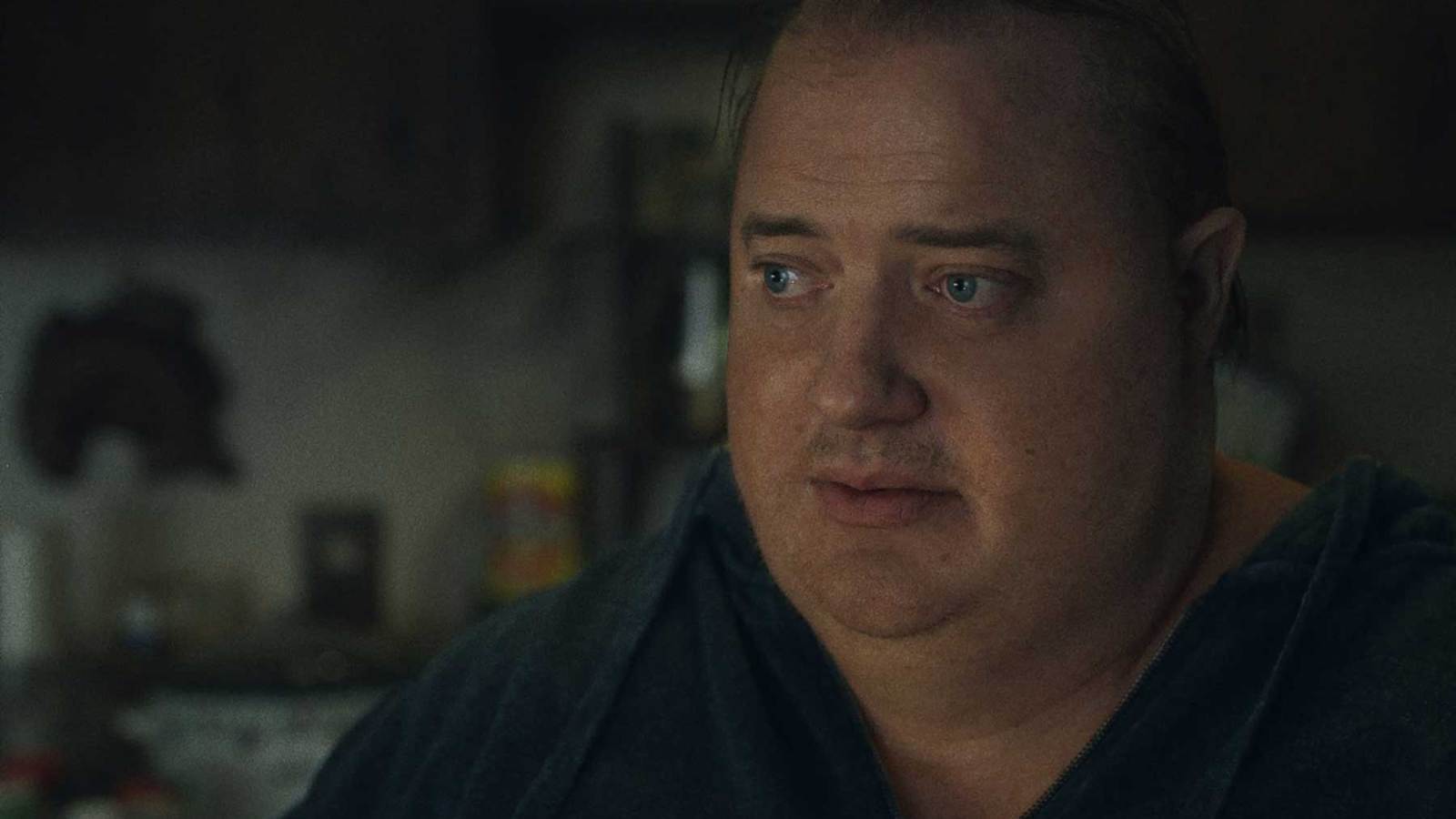 A24 has finally released a teaser trailer for the upcoming drama The Whale — spotlighting the first look at actor Brendan Fraser‘s full-body transformation for the role.

Directed by Darren Aronofsky, The Whale is adapted from the acclaimed Samuel D. Hunter play, detailing the life of a 600-pound gay man desperate to relate and reconnect with his estranged daughter. The only problem: he’s afraid to leave his apartment. Accompanied by intense shots of the sea and The Whale’s supporting cast members Sadie Sink and Hong Chau, the trailer focuses on Fraser’s portrayal of a scared man still desperate to think the best of people.

“Do you ever get the feeling people are incapable of not caring?” he says in the short teaser. “People are amazing.”

While the film has divided critics on its handling of such difficult topics like obesity and fatphobia, The Whale has heralded Fraser’s return to the big screen after a years-long absence. At its Venice Film Festival premiere, Fraser received a six-minute standing ovation for his performance. In a clip of the ovation that went viral, Fraser is seen getting emotional as the crowd stands to praise his performance.

He received a second standing ovation at the Toronto Film Festival, where he was awarded the TIFF Tribute Award and praised his character’s ability to “see the good in others when they can’t see that in themselves.”

The Whale will be released in select theaters on December 9.

Government running out of prison places and has to ask police for 400 cells
Coronavirus: Here’s how many patients are in hospitals with COVID-19 as of Nov. 30
U.S. Team Eliminated From FIFA World Cup Following Loss to Netherlands
Madonna’s ‘Papa Don’t Preach’ MTV Video Music Award Up for Auction
The Best Marvel Comics and Collectible Gifts For Holiday Season 2022