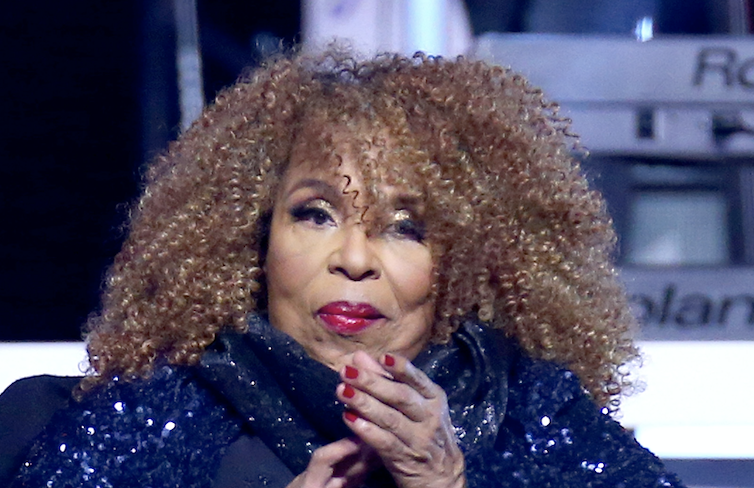 Grammy-winning singer Roberta Flack,  whose work in classics like “The First Time Ever I Saw Your Face” and “Killing Me Softly with His Song” has been described as “rapturous, spellbinding mood music,” announced today through a representative that she has ALS and can no longer sing.

Amyotrophic lateral sclerosis is a progressive disease that famous figures such as Stephen Hawking, Lou Gherig and Charles Mingus have battled. ALS “has made it impossible to sing and not easy to speak,” her publicists said in a statement obtained by multiple outlets today. “But it will take a lot more than ALS to silence this icon.”

The statement continued: “Miss Flack plans to stay active in her musical and creative pursuits.” In fact, she has a children’s book do out next year.

Flack, now 85, was the first artist to win the Grammy for Record of the Year in two consecutive years. She won in 1973 for “The First Time Ever I Saw Your Face” and in 1974 for “Killing Me Softly with His Song.”

A few years after singing with Atlantic, Flack’s records were not selling well. Then Clint Eastwood chose “The First Time Ever I Saw Your Face” for the soundtrack of his directorial debut Play Misty For Me (in which Eastwood played a Monterrey Bay-area disc jockey). The song became the biggest hit of the year for 1972, spending six consecutive weeks at No. 1 and earned Flack a Gold disc.

The Fugees released their own version of the song — which they titled “Killing Me Softly” — on their 1996 debut album. With Lauryn Hill on vocals, the group’s take became an international hit, reaching number one on the U.S. Top 40.

In 2018, Flack was appearing at a benefit at the Apollo Theater when she took ill and left the stage. She was rushed to the Harlen Hospital Center. Her manager later announced that Flack had suffered a stroke years prior and still was not feeling well, but was “doing fine” and being kept overnight for observation.

Since at least 2017, Flack has often made appearances in a wheel chair.

Roberta, documentary about Flack’s life, is set to debut at DOCNYC on Thursday. It will air on the PBS staple American Masters on January 24. Flack, 85, also is releasing a children’s book in January.