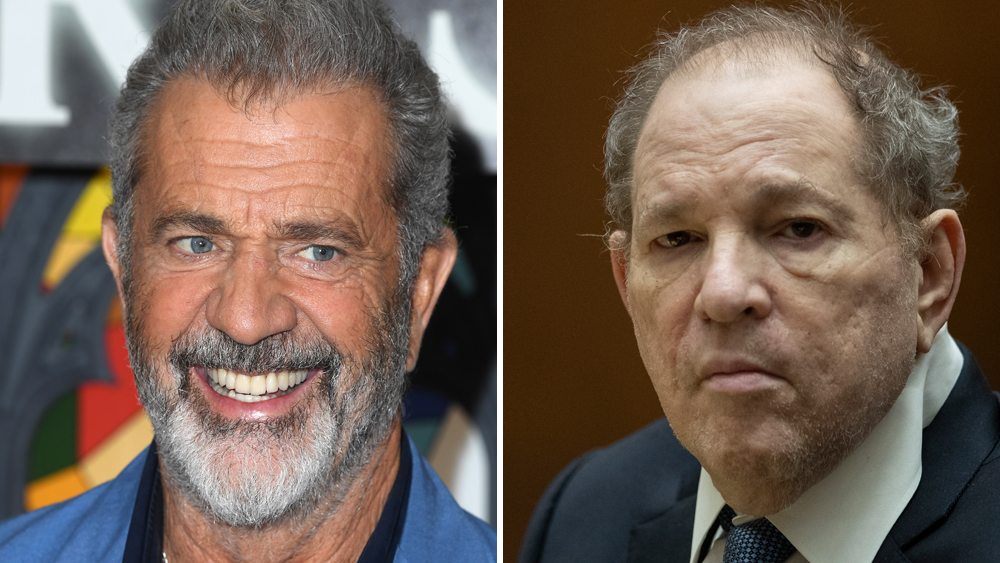 Mel Gibson will not be taking the strand in Harvey Weinstein’s rape trial.

Prosecutors wouldn’t reveal in Judge Lisa Lench’s Los Angeles courtroom today why they’ve decided not to have the Oscar winner testify after all. However, Deputy District Attorneys Paul Thompson and Marlene Martinez made it very clear that Gibson will not be trekking down to the Clara Shortridge Foltz Criminal Justice Center. The DA’s office did not respond to request from Deadline for more details about why Gibson won’t be testifying.

Long on the witness list in the case, Gibson was set to speak in corroboration for Jane Doe #3. In an interview last year with investigators, the Passion of the Christ and Oscar-winning Braveheart director said that when he casually mentioned Weinstein’s name to Jane Doe #3 while getting a massage, she noticeably tensed up and became upset. That “PTSD reaction,” as Gibson termed it, made him think his friend perhaps had been assaulted by the Pulp Fiction producer.

Court documents and subsequent testimony claim that Weinstein did assault the massage therapist in an L.A. County hotel in 2010. “He was the first person that I finally opened up with about what happened,” Jane Doe #3 told the DTLA courtroom earlier this month of her conversations with Gibson years later. “I told him that [Weinstein] sexually assaulted me, but I didn’t want to get into all the details. I was embarrassed and humiliated.”

Disallowing a defense motion to be able to bring up Gibson’s own ominous past of anti-Semitic, racist and sexist statements, Judge Lench in a pre-trial hearing on October 14 permitted the DA’s office to have the former Mad Max as a witness. In that context, the defense also seemed intent on highlighting a perceived animosity between Gibson and Weinstein based on Perspectives on the Passion of the Christ, a book published by the latter on the former’s successful but contentious and explicit 2004 biblical drama.

Now none of that matters now, with Gibson off the hook.

In fact, coming off substantial  and sometimes searing testimony from Jane Doe #4/Jennifer Siebel Newsom and other alleged assault victims of Weinstein, the prosecution intends to wrap up its multi-claim case against the former mogul either tomorrow or Friday. Today, as a part of the last stages pf that case, Louisette Geiss took the stand to tell the jury about discovering from Siebel Newsom about her being allegedly raped by Weinstein in 2005. Geiss also spoke of a “last minute” meeting Siebel Newsom had with the  “very well known for making well known movies” producer in Cannes in 2007.

Building off the sobbing filled testimony of the now spouse of recently reelected California Governor Gavin Newsom on Tuesday, producer, songwriter and former Two and a Half Men actress Geiss was grilled by defense lawyer Mark Werksman on when in 2017 she actually discovered the alleged Weinstein rape and what she told the LAPD in a 2020 Zoom interview on the matter. “I hate to say it but I guess it’s just plausible that it happened to her more than once with multiple people,” the transcript has Geiss say of Siebel Newsom in that sit-down with the police.

The defense has set November 28 as the start of their portion of the case, with hopes to only take a few days before moving to closing arguments. On November 15, prosecutors dropped  four counts from the case related to Jane Doe #5. That means that 70-year old Weinstein, who is currently serving a 23-year sentence for his sex crimes conviction in New York City in 2020., now faces  two counts of rape and five counts of sexual assault in the West Coat case.

Starting an appeal on his East Coast conviction, Weinstein could be sentenced to a prison term of 60 years to life iff convicted on the seven remaining counts here in L.A.