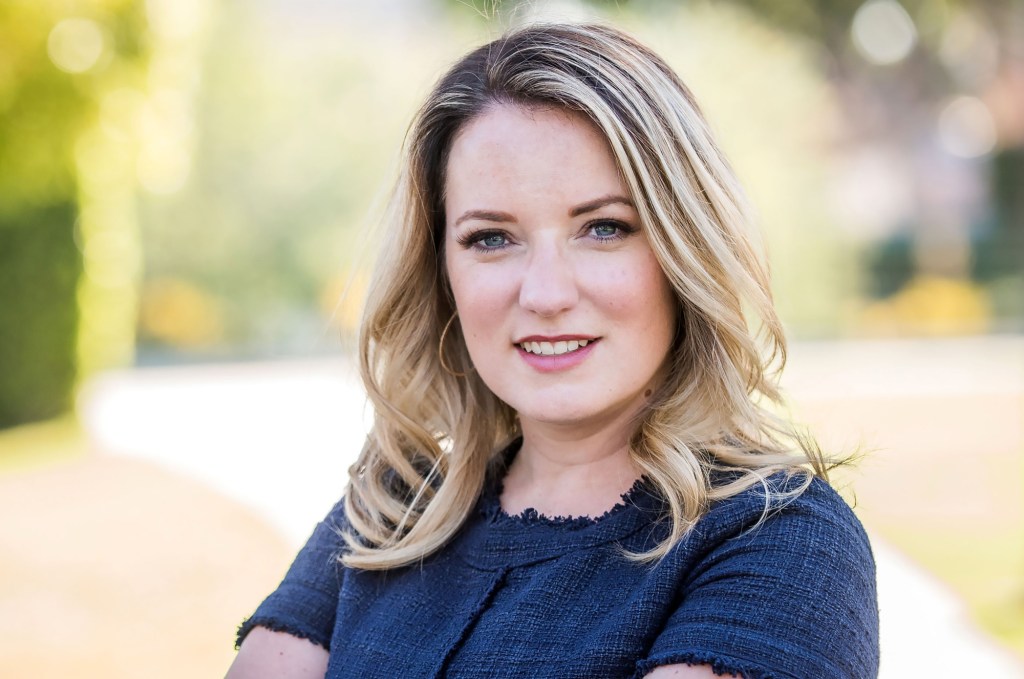 “I am humbled and honored that the voters have chosen me to serve as their next supervisor. Their confidence and support fueled our people-powered campaign across the finish line, and I could not be more grateful for the opportunity to represent the people of District 3,” Horvath said in a prepared statement.

Horvath was basing her victory on the results of an updated vote count released Thursday that put her 19,542 votes ahead of her opponent, state Sen. Bob Hertzberg, D-Van Nuys, in the contest to fill the open seat in District 3.

In a statement Thursday night, Hertzberg conceded, saying that Thursday’s vote results update had made it clear that he could not win.

“I want to offer my most sincere and humble congratulations to Supervisor-Elect Horvath,” Hertzberg said in a statement released shortly before 6:30 p.m. “The challenges that we face as a County are extraordinary and it will take someone with Lindsey’s work ethic to be successful.”

Horvath, 40, becomes the youngest woman elected to the Board of Supervisors. Horvath noted that her victory would maintain the all-female board.

“At this critical juncture in Los Angeles’ history, I am proud to bring a new perspective to the Board as a renter, as a millennial, and as a staunch believer that the solutions we are looking for are rooted right in our own communities,” Horvath added.

After additional ballots were tallied on Thursday, the race for District 3 showed Horvath leading with 227,561 votes, to 208,019 votes for Hertzberg, according to the Los Angeles County Registrar-Recorder’s Office.

The Registrar-Recorder reported there were 332,550 ballots left to be processed countywide. The number of ballots left for the sprawling district that stretches from the Westside to the San Fernando Valley is unknown, but some calculate that about 66,000 ballots had not yet been counted — not enough for Hertzberg to believe victory was possible.

Hertzberg called Horvath to tell her she had won the race, prompting Horvath to thank him “for his incredibly generous and kind phone call, for his commitment to public service, and for engaging in this hard-fought campaign to make Los Angeles a better place.”

For the fifth consecutive ballot count, Horvath extended her lead over the veteran lawmaker, underscoring the trend of votes outpacing Hertzberg for nearly a week. Horvath, 40, has received 52% of the vote compared to 48% for Hertzberg. As part of the seventh post-election ballot count update, Horvath added 5,000 votes to her lead.

Horvath campaign spokesperson Estevan Montemayor said earlier in the week that Horvath moved ahead of Hertzberg each time ballot results were released after Saturday Nov. 12. He said these later ballots were from younger voters, who favored Horvath.

Shortly after the polls closed on Election Day, Nov. 8, Horvath trailed by two percentage points in the first counting of vote-by-mail ballots and some vote-center ballots.

Since then Horvath has surpassed Hertzberg in the race to replace Third District Supervisor Sheila Kuehl, who is stepping down.

“Now, it is time to get to work. Regardless of who you voted for, I will always work my heart out to represent you and the best interests of our communities,” Horvath said.

Hertzberg, 67, who served 14 years in the legislature from 1996-2002, became speaker of the state Assembly. After a stint in private life as a businessman, he was elected to the state Senate from the San Fernando Valley and served as California’s Senate Majority Leader from 2018 to early 2022.

The race to elect the next sheriff started in the June primary when Villanueva got about one-third of the votes, failing to win more than 50%, which forced him into a runoff race against Luna, the June second-place finisher.

Measure A, which gives the county Board of Supervisors the power to remove the elected sheriff “for cause,” was winning with 71% of the vote on Thursday.

The unprecedented measure, which adds an amendment to the county charter, had led throughout the week by very large margins.

If it passes, the elected Board of Supervisors could initiate what some call “an impeachment” of the sheriff by presenting violations, including law-breaking or blocking the investigation of his own department, that the sheriff would then respond to. Removing a sheriff would take four votes of the five-member board.

On Thursday, the Registrar-Recorder added 131,611 ballots, for a cumulative total of 2,129,409 ballots counted in the eighth post-election ballot count update.

The Registrar-Recorder’s vote processing center will be busy again on Friday, Nov. 18 for the next ballot count update. It is tentatively scheduled to certify all county elections on Dec. 5.

This is Merriam-Webster’s Word of the Year for 2022
Book Ratings Systems Are Not a Solution: Book Censorship News, November 25, 2022
Jaimee Harris’ ‘Love is Gonna Come Again is a Message of Hope
Tory MP Chris Skidmore to step down at next general election
Kim Kardashian and Ye reach divorce settlement – and rapper will pay $200k a month in child support