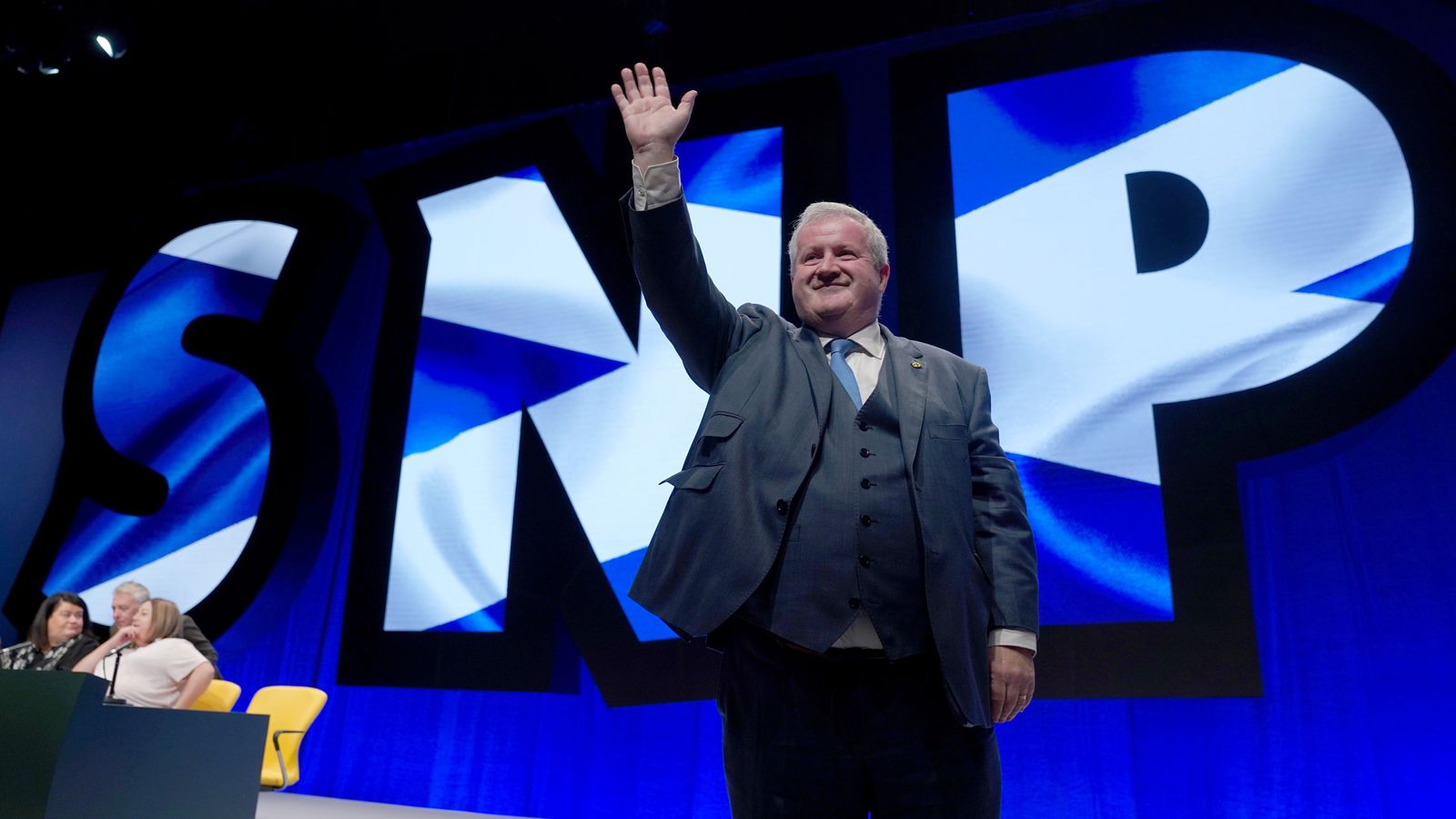 Ian Blackford has announced he is stepping down from his role as Westminster leader of the SNP.

“After more than five years in the role, now is the right time for fresh leadership at Westminster as we head towards a general election and the next steps in winning Scotland’s independence,” he said.

The SNP is gearing up to fight the next general election which it claims is a de facto referendum following the Supreme Court’s ruling that Holyrood cannot legislate for another vote on independence without Westminster’s consent.

Mr Blackford said he would continue with his job as an MP and that he has accepted a new role at the centre of the SNP’s independence campaign, leading on business engagement.

“During my time as leader, the SNP won a landslide victory in the 2019 general election, with an increased share of the vote and MPs, and support for independence has continued to grow with polling this week showing a majority in favour,” he added in his resignation statement.

He thanked his staff and said whoever replaces him will have his full support “as we stand up for Scotland’s interests and democratic right to choose our future in an independence referendum”.

Many are tipping SNP MP Stephen Flynn to be his successor.

He has previously denied he was mounting a leadership challenge against Mr Blackford. 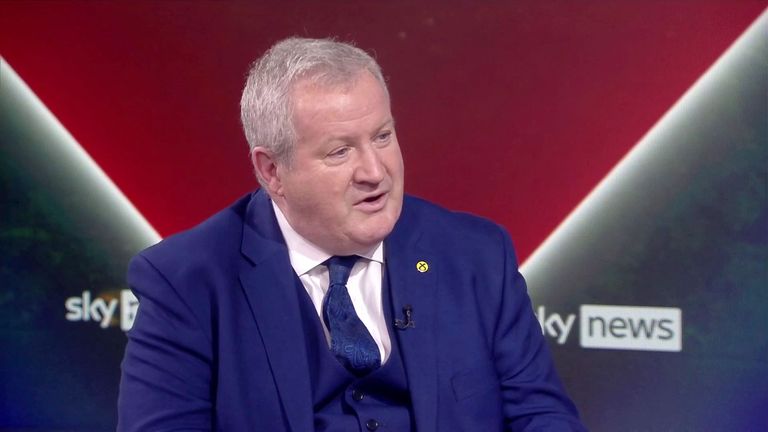 SNP: ‘We will not be silenced’

Joanna Cherry, the SNP MP for Edinburgh South West, said she was “pleased” to hear about Mr Blackford’s departure.

“It’s time for fresh leadership & tolerance of debate & diverse viewpoints. I hope @theSNPWestminster group will be now be left to choose our new leader without outside interference & in accordance with our standing orders,” she tweeted.

However, First Minister Nicola Sturgeon praised Mr Blackford for doing “an outstanding job in holding the Tory government to account and in promoting the case for independence”.

“I would like to place on record my thanks for Ian’s diligence, tenacity, friendship and loyalty in his time as group leader,” she said.

Blackford under pressure to resign

Mr Blackford had previously faced calls to resign over his reaction to one of his MPs sexually harassing a staff member.

The victim, who was inappropriately touched by SNP MP Patrick Grady at a party in 2016, told Sky News earlier this year: “Ian’s position right now is untenable, and it will continue to be so. It will only get worse.”

Mr Blackford was under pressure after a leaked recording emerged in which he encouraged colleagues to support Mr Grady.

The SNP Westminster leader later released a statement in which he apologised for the “completely unacceptable” behaviour the victim was subjected to, and an external review was launched into the support available to staff.

Mr Grady has said he is “profoundly sorry” for his behaviour after being found to have breached parliament’s sexual misconduct policy.

What’s Next for DC Studios: The Good, the Bad, and the Bizarre
Dr. Ed Krupp, director of Griffith Observatory, on mission for outer space education
Moments in Young Adult Novels That Made Me Feel Old
George Santos Claims He Produced ‘Spider-Man’ Musical, Allegedly Another Lie
Logic Drops Kevin Smith-Directed ‘Highlife’ with Cast of ‘Clerks’