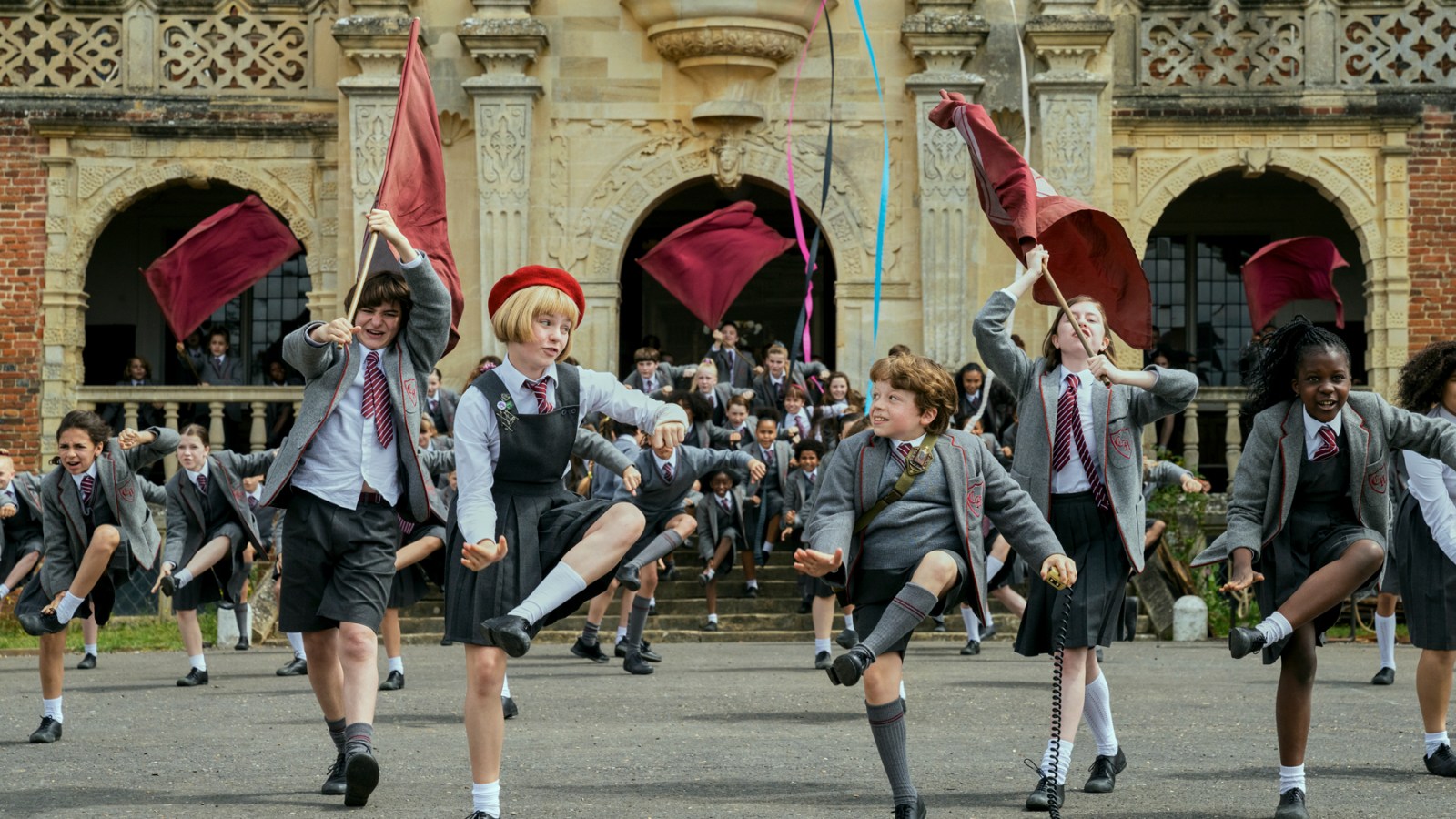 Meesha Garbett doesn’t think she’s a rebel. In all honesty, the 14-year-old isn’t even sure she’d call herself a professional dancer. That is at least, not yet. From the small town of Telford in Shropshire, England, Garbett tells Rolling Stone she’s been dancing since she was three, which has allowed her to pick up choreography easily. That skill has manifested into some major credits for the young actress and dancer, including parts in a George Ezra music video, Jingle Jangle, and the theatrical version of Cats. But her biggest role yet has already been making waves weeks before its U.S debut: the upcoming Netflix movie Matilda the Musical (based on the Broadway musical, which was based on the 1996 movie, which was based on the book by Roald Dahl). On the cast list, you’ll see Garbett’s name by Hortensia. But on TikTok, she’s known as Red Beret Girl.

Two weeks ago, Netflix and Sony Pictures dropped an unassuming 38-second clip to Youtube, Twitter, and TikTok, promoting the film’s U.K. theatrical release. The snippet featured a small portion of the song “Revolting Children,” a cast-heavy number that sees the acrobatic students of Crunchem Hall staging a revolt against their oppressive headmaster — taking a stand against unnecessary things like good posture and spelling correctly. The titular character of Matilda isn’t even recognizable among the sea of grey blazers and flipping kids. But people online weren’t looking at Matilda anyway. All eyes were on the girl in the red beret. Within five days, the song and the dance had gone viral, with commenters agreeing that Red-Beret Girl, Garbett, simply ate.

Most of the attention focused on an intense sequence of Garbett dancing in a hallway while kids around her flipped and parkoured off the walls and lockers and sang “We can S-P-L how we like!”/ “If enough of us are wrong, wrong is right!”/”Every word N-O-R-T-Y”/ “‘Cause we’re a little bit naughty!” The choreography was both so smooth and reminiscent of popular dances on the app that people couldn’t look away. The official clips have been viewed a total of 10 million times on TikTok alone, with each receiving at least two hundred thousand likes and thousands of comments, stitches, and duets. “Red hat ate and left no crumbs,” one comment read. “Us ever since that video of the red beret girl eating up the Matilda choreo dropped,” another TikTok said, mimicking the dance. Fans range from the average TikTok user to famous entertainers like JoJo Siwa and a capella group Pentatonix. The dance even got a Missy Elliot-style remix, prompting praise from the “Work It” rapper herself.

While U.S audiences have to wait until December 25 to see the rest of the performance, the young actress has already been inundated with praise for her short dance sequence. But she tells Rolling Stone she didn’t even have Hortensia in mind when she auditioned.

“It was a very long process, due to Covid restrictions, [but] my first audition was just as an ensemble dancer,” she tells Rolling Stone by email, describing several months of auditions and then waiting. “A few weeks later they asked me to audition as Hortensia, then I had three more rounds of auditions. Then they finally picked me! I was so humbled, excited, and appreciative.”

But filming “Revolting Children,” Garbett’s shining moment in the spotlight, wasn’t an easy feat. Garbett tells Rolling Stone that it took dozens of days of rehearsals and filming to bring the final product together. She also said the dance was made harder by her costume, which included a blonde bobbed wig, a fake cast, and the famous red beret.

“There was so much going on in the scene around me, like the Flippers and paper airplanes and lots of other things, so we had to go over it many times to get it looking just right,” Garbett says. “It was also hard traveling so far forward at the same time as dancing and keeping the facial expressions needed. I had to concentrate on what I was doing and forget about everything else around me!”

Garbett said she didn’t expect the dance to go viral. In fact, when the video was first posted, she only received a few tags from people who knew her. But the support quickly ballooned into a viral moment, one Garbett says she but loved to see. When I was young I loved watching Dance Moms with my parents, so my favorite response was from JoJo Siwa. I had so many of her bows when I was young,” she says. “[Every comment] was great to hear and see, but it kept happening over and over. People were loving it and saying the most amazing things.”