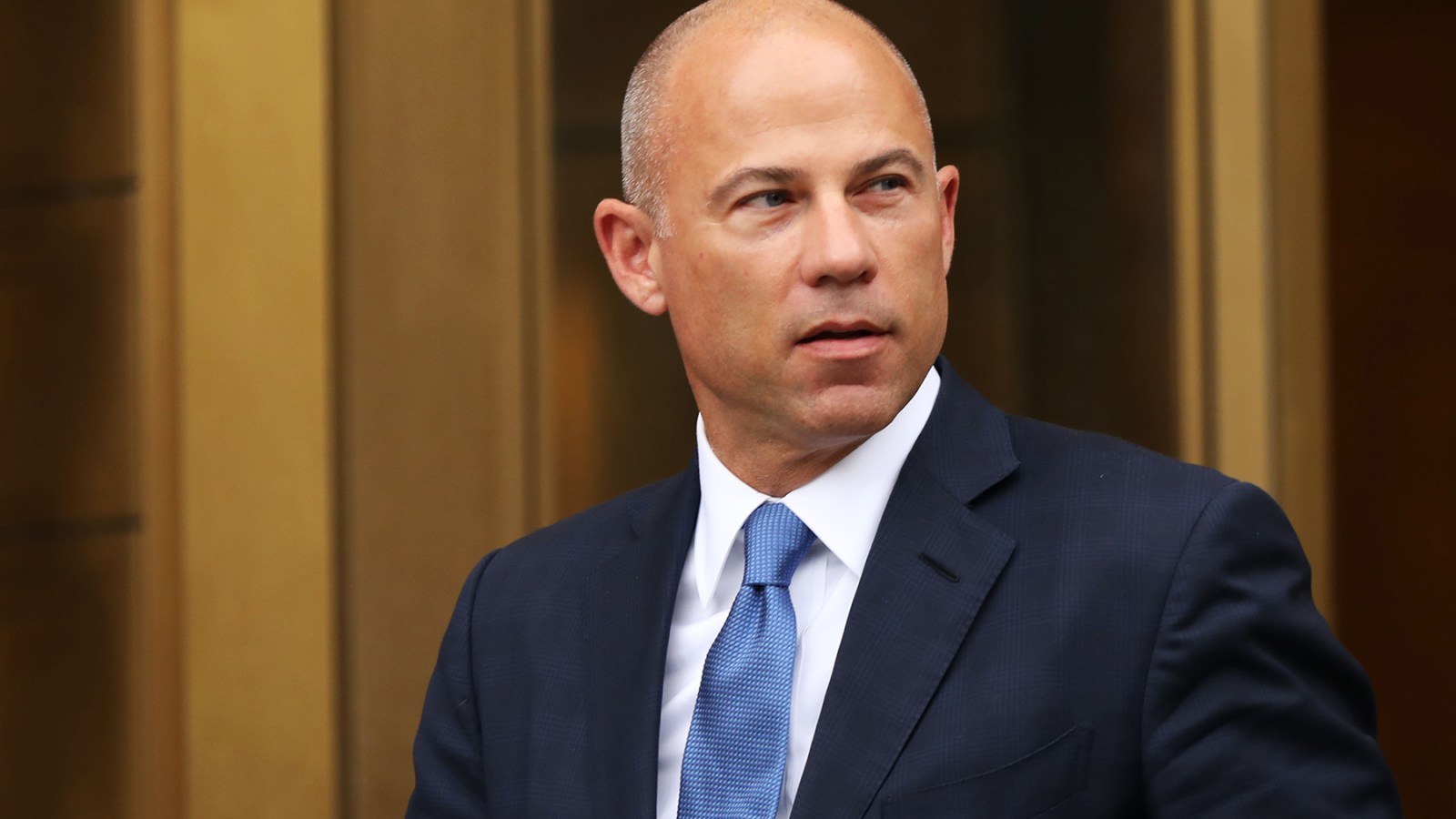 The once high-flying Stormy Daniels lawyer – who tried to parlay his Trump-trashing, network news Zaddy fame into his own White House run before being exposed as a grandstanding grifter – was sentenced to 14 years in federal prison for embezzling millions in settlement money from unsuspecting clients.

Avenatti, 51, already is serving five years in federal custody for defrauding Daniels out of $297,500 in book advance installments and trying to extort millions from Nike.

Senior U.S. District Court Judge James V. Selna levied the latest punishment in a courtroom in Santa Ana, California, saying the former lawyer “has done great evil for which he must answer,” according to a press release from prosecutors. The judge said the new term must run consecutive to Avenatti’s five-year sentence in New York. The disgraced lawyer also must pay $10,810,709 in restitution to four clients and the IRS.

Prosecutors had asked Judge Selna to slap Avenatti with 17 ½ years in prison for what many have considered the fallen lawyer’s most serious criminal case in terms of the number of alleged victims, possible prison exposure, and total career annihilation.

It was last June that Avenatti pleaded guilty to four counts of wire fraud and one count of obstructing the IRS in the California-based case. The move was a bid to end his prosecution under a 36-count indictment involving allegations he stole $12.35 million from clients, neglected to pay $1.6 million in payroll taxes for his Southern California-based law firm, and failed to pay some $3.2 million in payroll taxes related to a coffee company he purchased with Grey’s Anatomy actor Patrick Dempsey.

“Michael Avenatti was a corrupt lawyer who claimed he was fighting for the little guy. In fact, he only cared about his own selfish interests,” U.S. Attorney Martin Estrada said in a statement after the sentencing. “He stole millions of dollars from his clients – all to finance his extravagant lifestyle that included a private jet and race cars. As a result of his illegal acts, he has lost his right to practice law in California, and now he will serve a richly deserved prison sentence.”

Considering the breadth of the alleged fraud, prosecutors were adamant they wanted the new prison time to be served consecutive to his other sentences.

In his own pre-sentencing memos, Avenatti asked Judge Selna for a much more lenient six-year term. He admitted he “put his own selfish interests ahead of his clients” but argued the money he stole was somewhere between $1.5 million and $3.5 million, much less than what prosecutors tabulated.

According to prosecutors, Avenatti preyed on highly vulnerable victims and used intimidation tactics to keep them quiet.

In one case, they said he collected a $4 million lump sum from Los Angeles County on behalf of Geoffrey Johnson, a client who was injured in jail and left paraplegic. Prosecutors said Avenatti lied to Johnson about the hefty payout and pocketed nearly half the amount.

“Defendant’s scheme derailed Johnson’s efforts to purchase a handicap-accessible house and caused him to lose his SSI benefits,” prosecutors wrote.

Before he decided to plead guilty in the case, Avenatti was due to face a second trial after Judge Selna declared a mistrial part-way through a prior proceeding due to an issue with mishandled records.

When Avenatti was sentenced to four years in the Daniels case in June, the judge said 30 months of the term would run consecutive to his prior 30-month sentence for extorting Nike.

Alec Baldwin Charged with Involuntary Manslaughter in Fatal ‘Rust’ Shooting
Viola Davis Locks in EGOT Status at 2023 Grammy Awards
’24’ Star Annie Wersching Dead at 45 After Cancer Battle
US shoots down Chinese ‘spy balloon’ off Carolina coast
Tim McGraw Celebrates The Comeback Of Shania Twain With Cover of Her 1997 Hit, “You’re Still The One”