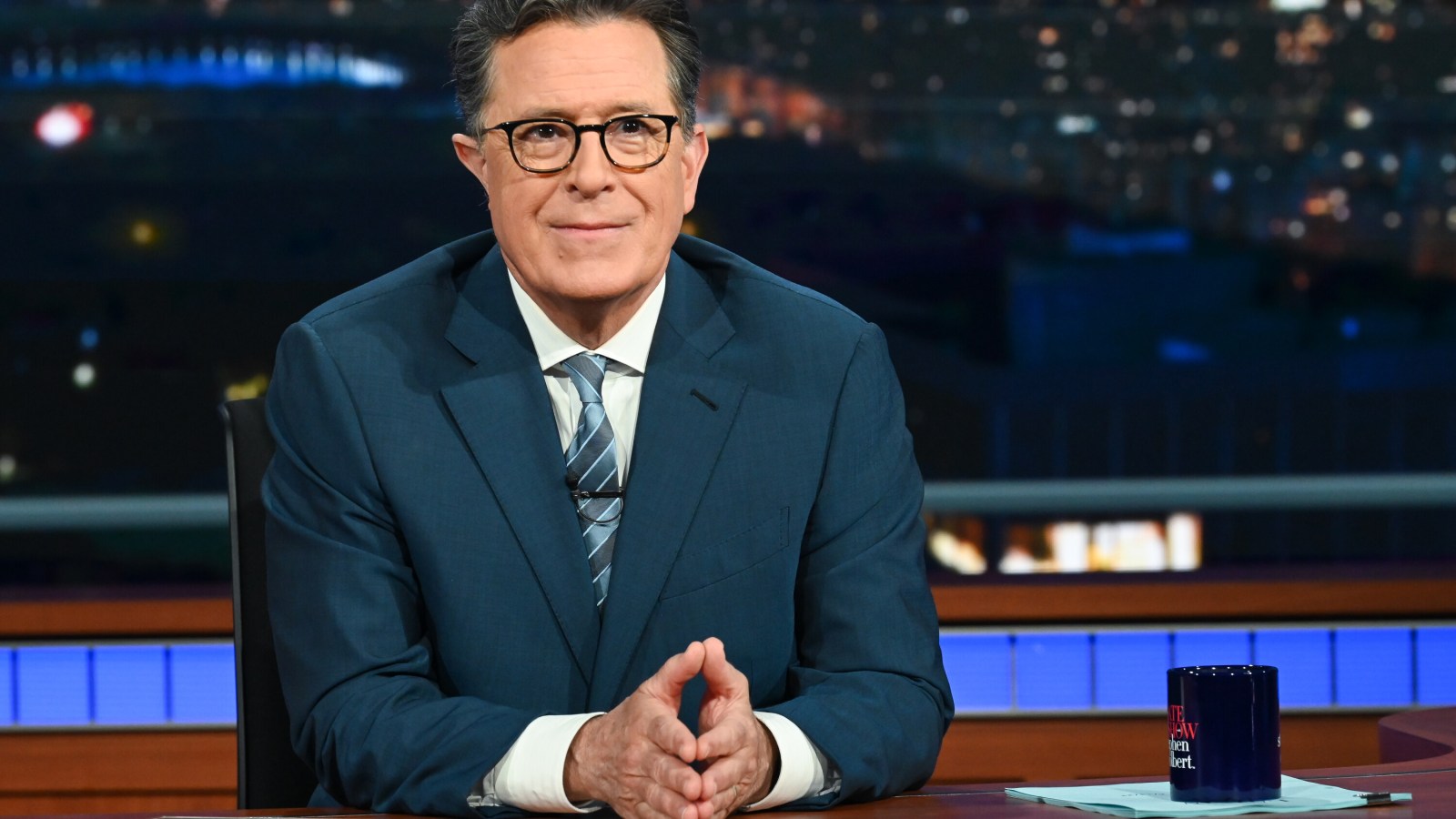 After the Georgia Senate runoff, The Late Show host shared jokes written in anticipation of Raphael Warnock’s victory over Walker

Yesterday Raphael Warnock defeated Herschel Walker, a Trump-backed Republican, in the Senate runoff election in Georgia. The historic moment was a highlight for several talk shows including The Late Show with Stephen Colbert, who used the opportunity to unleash month-old jokes written just for the occasion.

Dusting off an envelope sealed with wax, the host shared a string of election-themed quips including a hat tip to Warnock, who is a pastor of Ebenezer Baptist Church (Martin Luther King Jr.’s former congregation): “Warnock has won Georgia. It’s fitting he’s a reverend because when I hear that, all I can say is, ‘Thank God.’”

Colbert followed by pointing out that Walker is a yet another blow to former president Donald Trump, who endorsed the former football player and whose win-loss record has seen better days. Quoting a GOP insider in a New York Times article, Colbert said that “Georgia may be remembered as the state that broke [Trump] once and for all” and followed it up by group texting a peach and fist emoji.

The host also touched on hardcore sleepovers at Twitter, President Volodymyr Zelensky on the cover of Time’s 2022 Person of the Year, and Germany arrests in a QAnon-linked coup plot.

US shoots down ‘spy balloon’ as China threatens ‘further actions’
‘Blood will be on hands’ of Congress if bill limiting police officer immunity not passed, Tyre Nichols’ mum says
Westminster’s ‘nepo babies’ are here to stay – whether we like it or not | Adam Boulton
Viola Davis Becomes Latest EGOT Recipient with Grammys Win
This Romantic Dude Invited His Hinge Date To A “Private Brothers Osborne/Luke Bryan Show,” Takes Her To The Tractor Supply National Sales Convention