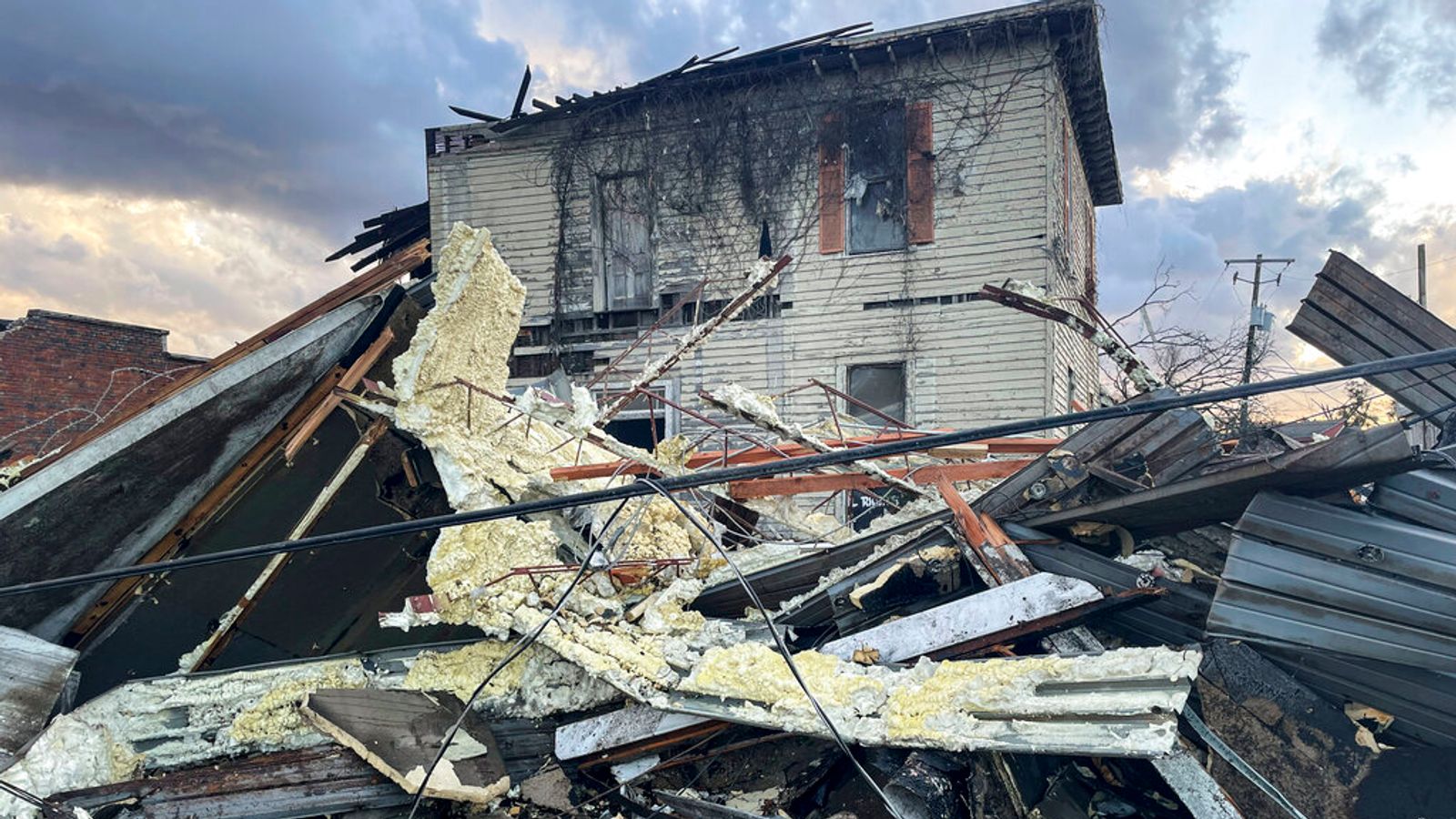 At least six people have died in Alabama and one in Georgia as a powerful storm sweeps through the southern US, spurring a large tornado which damaged dozens of homes.

Six of the deaths were reported in the Old Kingston community of Autauga County, spanning several properties.

At least 12 people have been taken to hospital, local officials said.

Ernie Baggett, the emergency management director in Autauga, told the Associated Press that between 40 and 50 homes had been damaged by the extreme weather, with the tornado dubbed “large and extremely dangerous”.

Properties in the city of Selma were also impacted – photos showed scenes of devastation in residential areas, as powerful winds shredded walls and toppled roofs.

Former state senator Hank Sanders said there was damage “all over” the city of about 18,000 residents.

“A tornado has definitely damaged Selma,” he added.

“In fact, it hit our house, but not head-on. It blew out windows in the bedroom and in the living room.

“It is raining through the roof in the kitchen.”

Cars have been blown over and trees uprooted by the high winds, and a city-wide curfew is in place.

But no deaths have been reported in Selma so far.

“People have been injured, but no fatalities,” said mayor James Perkins.

“We have a lot of downed power lines. There is a lot of danger on the streets.”

Alabama’s tornado was one of 33 reported by the National Weather Service by Thursday evening, with warnings remaining in place for Georgia, South Carolina, and North Carolina into the night.