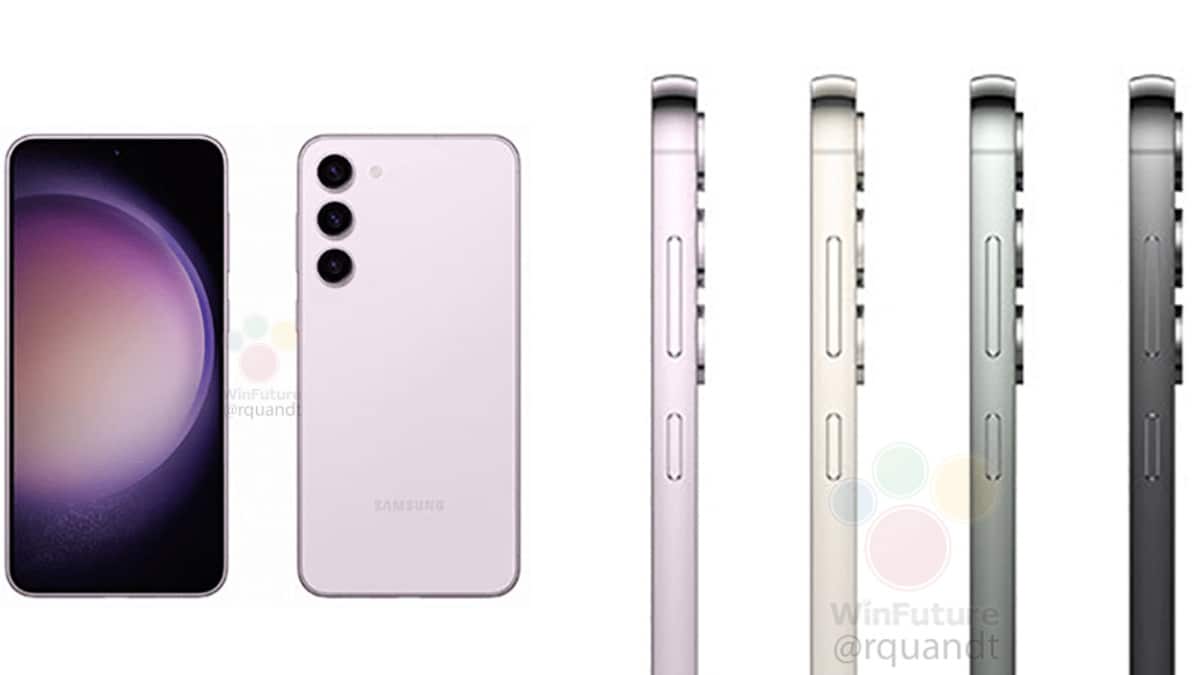 Samsung Galaxy S23 Plus is seen in the leaked images in four different colour options, which the report suggests could be called Phantom Black, Cotton Flower (Cream), Botanic Green and Misty Lilac. The alleged official press kit images seem to show a 360-degree view of the flagship Plus moniker smartphone from Samsung.

On the other hand, Samsung Galaxy S23 Ultra is also seen in the leaked images sporting the same four colour options. The Ultra-moniker flagship smartphone seems to sport a design very similar to the its predecessor, Samsung Galaxy S22 Ultra, which was launched with a built-in S pen. However, there are a few changes with regard to thickness and camera placement. The smartphone will reportedly pack a 200-megapixel rear sensor with a quintuple camera setup.

Meanwhile, the other two variants in the Galaxy S23 series are said to come with a 50-megapixel primary rear sensor.

Samsung is expected to launch the Samsung Galaxy S23 series at its Galaxy Unpacked event that is set to go live at 11.30pm IST, February 1 on Samsung’s official website.

Koe Wetzel’s At The Sonic Ranch Working With Pecos Hurley, Ben Burgess, Ernest & More… Could It Be For His Country Album?
Kacey Musgraves Delivers Perfect Tribute To Loretta Lynn At Grammy Awards With Perfomance Of “Coal Miner’s Daughter”
Tim McGraw Celebrates The Comeback Of Shania Twain With Cover of Her 1997 Hit, “You’re Still The One”
Two weeks later, what we know — and still don’t know — about Monterey Park shooter
LAUSD launches mentorships for homeless, absent and struggling students