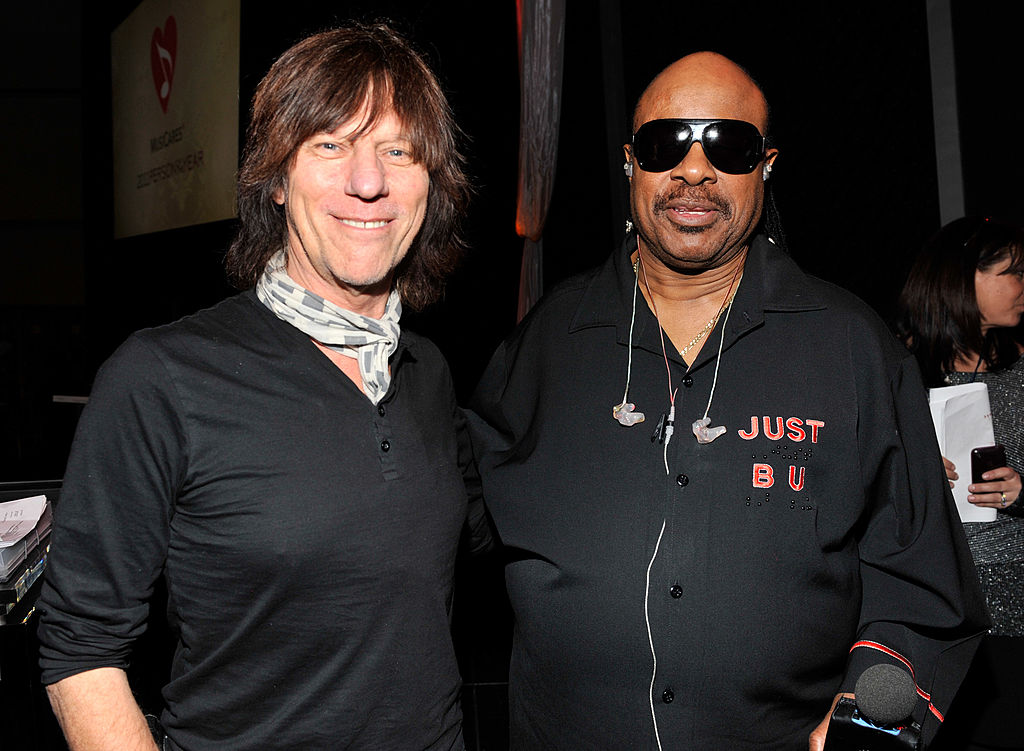 Stevie Wonder remembered his friend and one-time collaborator Jeff Beck in an interview that followed the death of the guitar virtuoso.

“He was a great soul who did great music,” Wonder told the Detroit Free Press. “I’m glad that I was able to meet him and have him in my life, giving some of his gift to my music.”

Beck and Wonder first worked together in 1972 while the latter was working on what would become his classic LP Talking Book. The duo were introduced by producers Robert Margouleff and Malcolm Cecil, with Wonder enlisting Beck to play the solo on the album’s “Lookin’ for Another Pure Love.”

“I really didn’t know too much about him,” Wonder said of Beck. “But then I heard him play in New York. We were working on ‘Lookin’ for Another Pure Love’ and I said to him, ‘Why don’t you play on this?’ He thought that would be great. He laid one part down, then another part and another part. It was just amazing.”

While in the studio, Wonder and Beck played around with another song that Wonder had written at the time: “Superstition.” Wonder originally agreed to give Beck the track for the guitarist’s new group Beck, Bogert & Appice. While that trio recorded their “Superstition” first, Motown — recognizing the track’s hit single potential — ultimately released Wonder’s version before Beck, Bogert & Appice could issue their self-titled 1973 debut album.

“I told Motown, ‘Listen, I did this for Jeff Beck. He likes the song,’” Wonder told the Detroit Free Press. “I thought we should make ‘Sunshine of My Life’ the first single. They said, ‘No, no, no, no. The first single should be ‘Superstition.” So I went back to Jeff and had that discussion.”

Still, the trio’s take on “Superstition” served as one of Beck’s greatest recordings. Beck would later record two more Wonder tracks, “Cause We’ve Ended as Lovers” and “Thelonius,” for his 1975 LP Blow by Blow, and reunite with Wonder at the Rock and Roll Hall of Fame’s 25th anniversary show in 2009 to perform “Superstition.”

Wonder told the Free Press that, following news of Beck’s death, he re-listened “Lookin’ for Another Pure Love.” “When I heard it today, it was emotional for me because I could remember the moment,” Wonder said. “There’s just something about music. I know for you, as a fan, songs take you back to a space in time — you’re right there, right then,” Wonder said.

“As long as you talk about people, you keep them alive. You keep their spirits alive.”