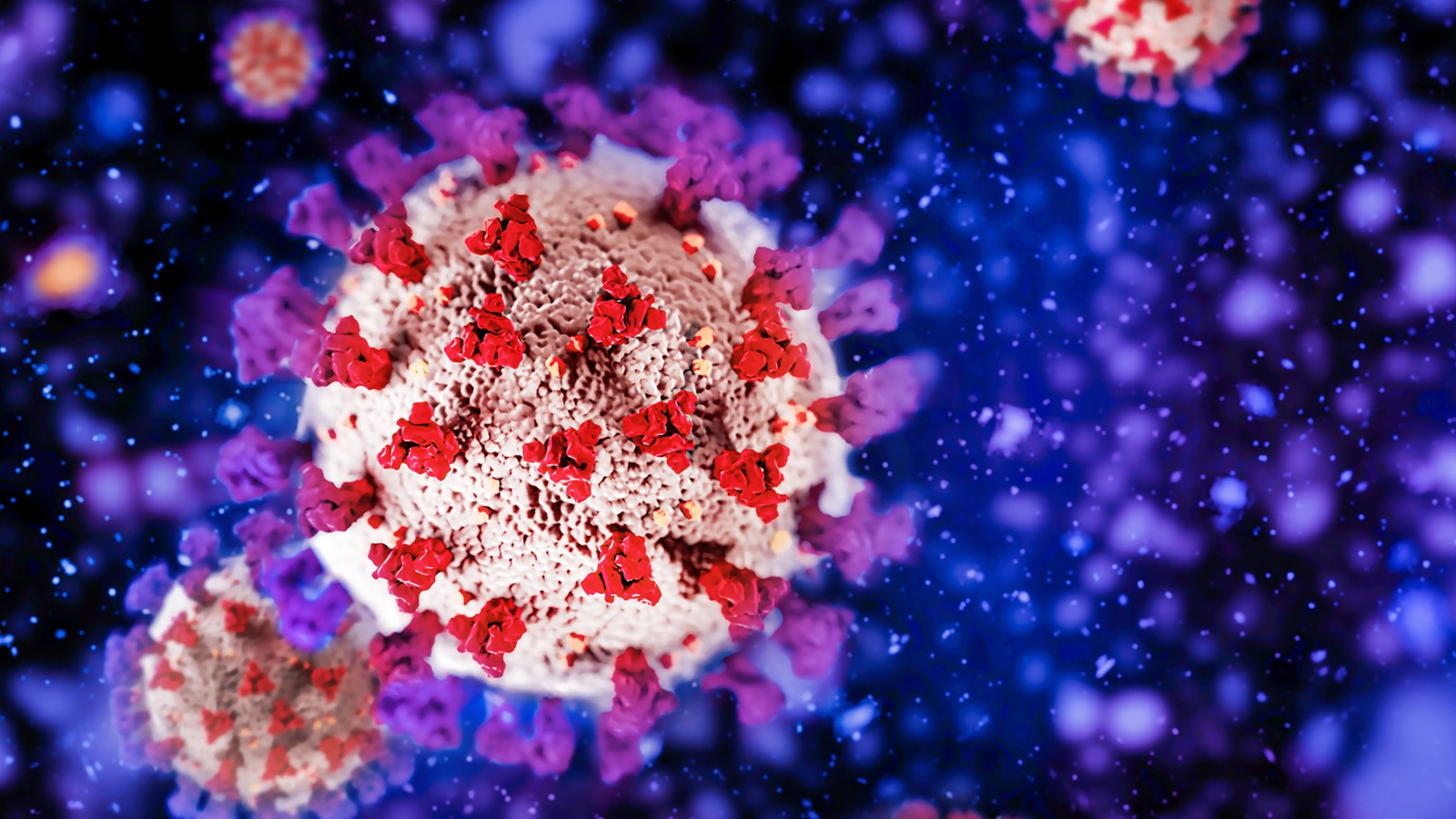 There’s a new, more contagious form of the novel-coronavirus. It’s got a greater ability to evade our antibodies. And it’s spreading easier than ever.

You’ve read these words before, and you’ll almost certainly read them again as the Covid pandemic grinds into its fourth calendar year. But pay attention, because there’s something new about XBB.1.5, also known as Kraken, the latest Omicron subvariant that’s quickly becoming the dominant form of SARS-CoV-2 across much of the world. XBB.1.5 evolved after a couple of big genetic twists and turns.

The virus still has the potential to surprise us. And that can mean only one thing: “SARS-CoV-2 seems like it’s going to be with us for a long time,” says Matthew Frieman, a University of Maryland School of Medicine immunologist and microbiologist.

Kraken features a key mutation that geneticists call “F486P.” It’s a seemingly small change on the spike protein, the part of the virus that helps it to grab onto and infect our cells. F486P works by boosting the spike’s ability to “bind” to one particular part of our cells called the ACE2 receptor. That small change has enormous implications. F486P allows XBB.1.5 to retain all the most dangerous qualities of its parent subvariants, while also adding a new quality: extreme transmissibility.

Basically, F486P makes XBB.1.5 really, really contagious — much more contagious than its immediate predecessors. But it also inherited from these same predecessors an alarming potential to evade our antibodies. “Due to the F486P spike mutation, XBB.1.5 exhibits a substantially higher viral receptor-binding affinity … while it retains similar antibody-evasion [properties],” says Lihong Liu, a Columbia University Covid Covid researcher. In short, XBB.1.5 is the first subvariant in its immediate family to be both more immune-evasive and more contagious.

The appearance of the F486P mutation is a reminder that, even as many people get on with their lives, the pandemic isn’t nearly over. The virus keeps finding ways to spread faster while also increasingly sneaking past all those antibodies we’ve built up from vaccines, boosters, and past infection.

XBB.1.5 first showed up in viral samples in the northeast United States back in October. Two months later, it’s present in nearly 30 countries and, according to the latest projection from the U.S. Centers for Disease Control and Prevention, could already be the dominant form of Covid in the United States. Not coincidentally, there’s been a surge in serious Covid cases in the Northeast U.S., XBB.1.5’s birthplace and the region where it’s thickest in the air.

We’ve been through this sort of thing before, of course. Some new subvariant evolves, becomes dominant and drives a surge in cases. But by now, most people in most countries have a healthy mix of Covid antibodies from vaccines, past infection, or both. So while infection rates rise and fall to the rhythm of viral evolution, hospitalizations and deaths have been trending downward in most of the world for many months now.

There’s no reason to expect XBB.1.5 will significantly alter this dynamic. For all its new genetic wrinkles, it’s still Omicron. And between vaccines, boosters, and immunity from past infection, we’ve got lots of ways to protect against that particular variant and its offspring.

Most of the world is in a pretty good position to struggle through XBB.1.5. China isn’t. For many hundreds of millions of Chinese with weaker immunity, COVID’s evolutionary twists and turns are pretty ominous.

It started with BA.2 and BA.2.75, two of the early Omicron subvariants that were dominant in many countries last spring and summer, respectively. At some point, someone — or several someones — who had recovered from BA.2 caught BA.2.75, or vice versa. The two forms of the virus combined in those hosts, producing the “recombinant” XBB, which later evolved into XBB.1 and then XBB.1.5.

Peter Hotez, an expert in vaccine development at Baylor College, describes these recombinants as “Scrabble” variants. “Because they tend to use high-value Scrabble letters like X, B and Q.” What they all have in common is that they’re “receptor-binding domain escape variants,” Hotez says.

In plain English, they’ve got sticky spike proteins and they’re really good at dodging our antibodies, especially the antibodies we get from vaccines. “In my understanding, XBB.1, the parent of XBB.1.5 is almost completely resistant to vaccine-induced humoral immunity,” says Kei Sato, a University of Tokyo virologist.

With F486P, XBB and XBB.1 achieved greater immune-evasion without also adding greater transmissibility. Then XBB.1.5 came around and bucked that comforting trend. The mutation upgrade, from F486S to F486P, made the spike protein stickier and the virus more transmissible.

For most of us, this genetic innovation is most worrying for the trend that it signals. There was some speculation as early 2021 — just six months or so into the pandemic — that SARS-CoV-2 would run out of genetic space, so to speak, and stop mutating in significant ways.

That hasn’t happened. “There seems to be still more mutational space in the genome,” Frieman says. XBB.1.5 is proof that the virus can still change, still get more contagious and more evasive. That it can, after all this time, still surprise us.