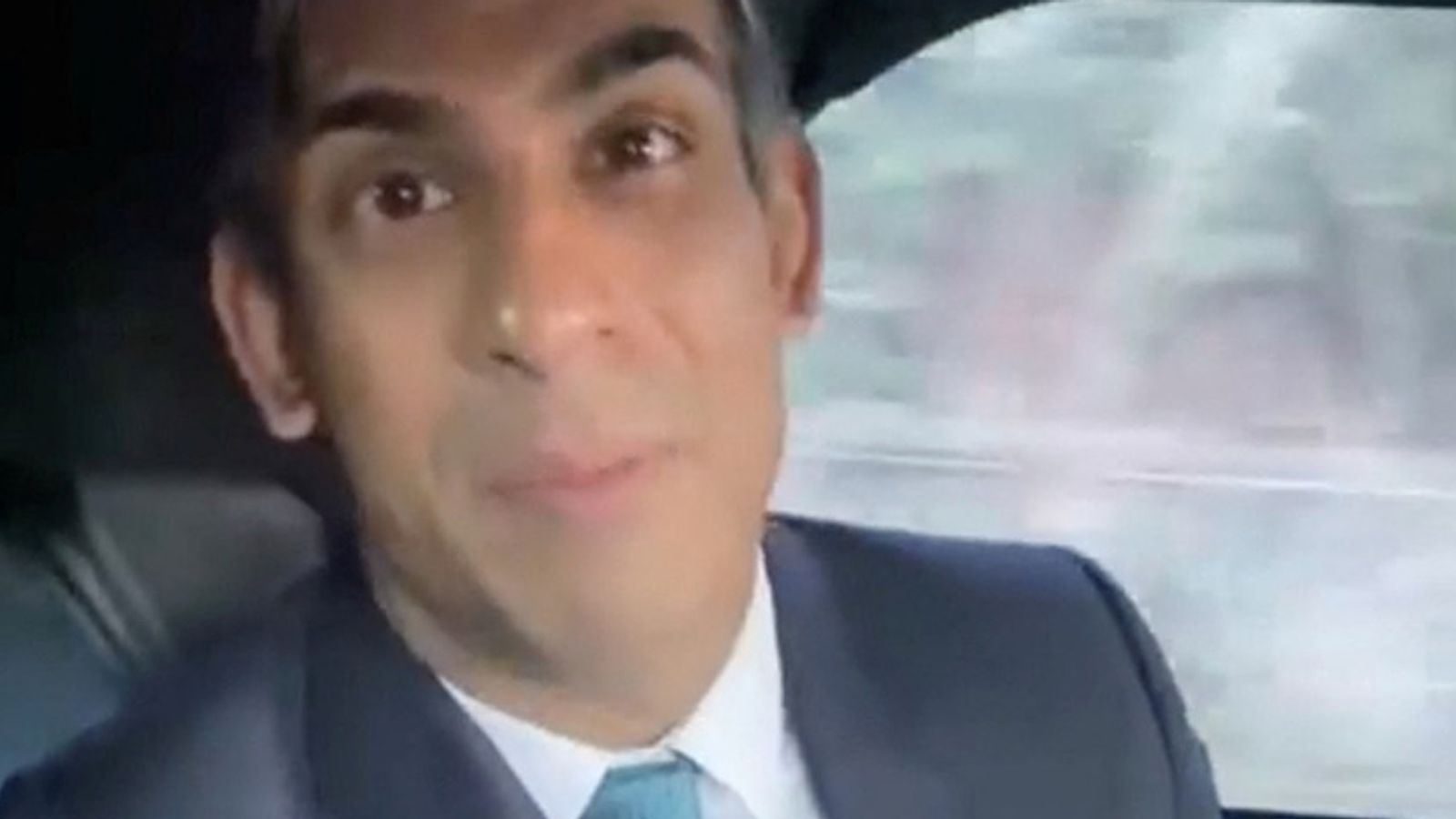 The police have said they are “looking into the matter” after the prime minister was caught on camera not wearing a seatbelt.

Rishi Sunak admitted a “brief error of judgement” after appearing beltless in a clip on Instagram as he promoted his levelling-up funding in Lancashire.

Downing Street said: “That was a brief error of judgement. The PM removed his seatbelt to film a small clip. He fully accepts this was a mistake and apologises about it.”

The spokesman added: “The prime minister believes everyone should wear a seatbelt.”

Fines of up to £500 can be issued for failing to wear a seatbelt when one is available.

There are a few exemptions, including when a car is being used for police, fire and rescue services, and for certified medical issues.

Lancashire Police said: “We are aware of the matter and we will be looking into it.”

In the clip, police motorbikes escort the car as Mr Sunak addresses the camera.

The government has considered toughening seatbelt rules to ensure drivers not wearing them could receive penalty points.

Recent Department for Transport figures suggested around 30% of people killed in cars on the roads in 2021 were not in a seatbelt.

Labour said Mr Sunak’s video was adding to “endless painful viewing” after he previously appeared to struggle to make a contactless payment with his card.

“Rishi Sunak doesn’t know how to manage a seatbelt, his debit card, a train service, the economy, this country,” a spokeswoman said.

“This list is growing every day, and it’s making for endless painful viewing.”

A Liberal Democrat source said that Mr Sunak “might be a different Conservative prime minister, but he certainly has the same old disregard for the rules”.

The AA warned of the dangers of not wearing a seatbelt.

“No matter who you are it is important to wear your seatbelt when in the car,” a spokesman said.

“In 2020, a fifth of all car occupant fatalities were not wearing a seatbelt.”

The Royal Society for the Prevention of Accidents said “everyone should take seatbelt laws seriously – whoever and wherever they are”.

Mr Sunak was last year caught up in the “partygate” scandal, receiving a fine alongside Boris Johnson for attending a gathering to mark the then-PM’s 56th birthday.

The PM had already been criticised for flying to Blackpool in a taxpayer-funded RAF jet rather than taking a train.

Elon Musk and Right-Wing Friends Do Us a Favor By Hiding Their Tweets
Sugar Ray Leonard Signs With Artists First
LAUSD launches mentorships for homeless, absent and struggling students
Here are the Best LGBTQ YA and Kids’ Books of 2022, According to ALA’s Rainbow Round Table
Honor Magic 5 Series, Magic Vs To Make Global Debut At MWC 2023