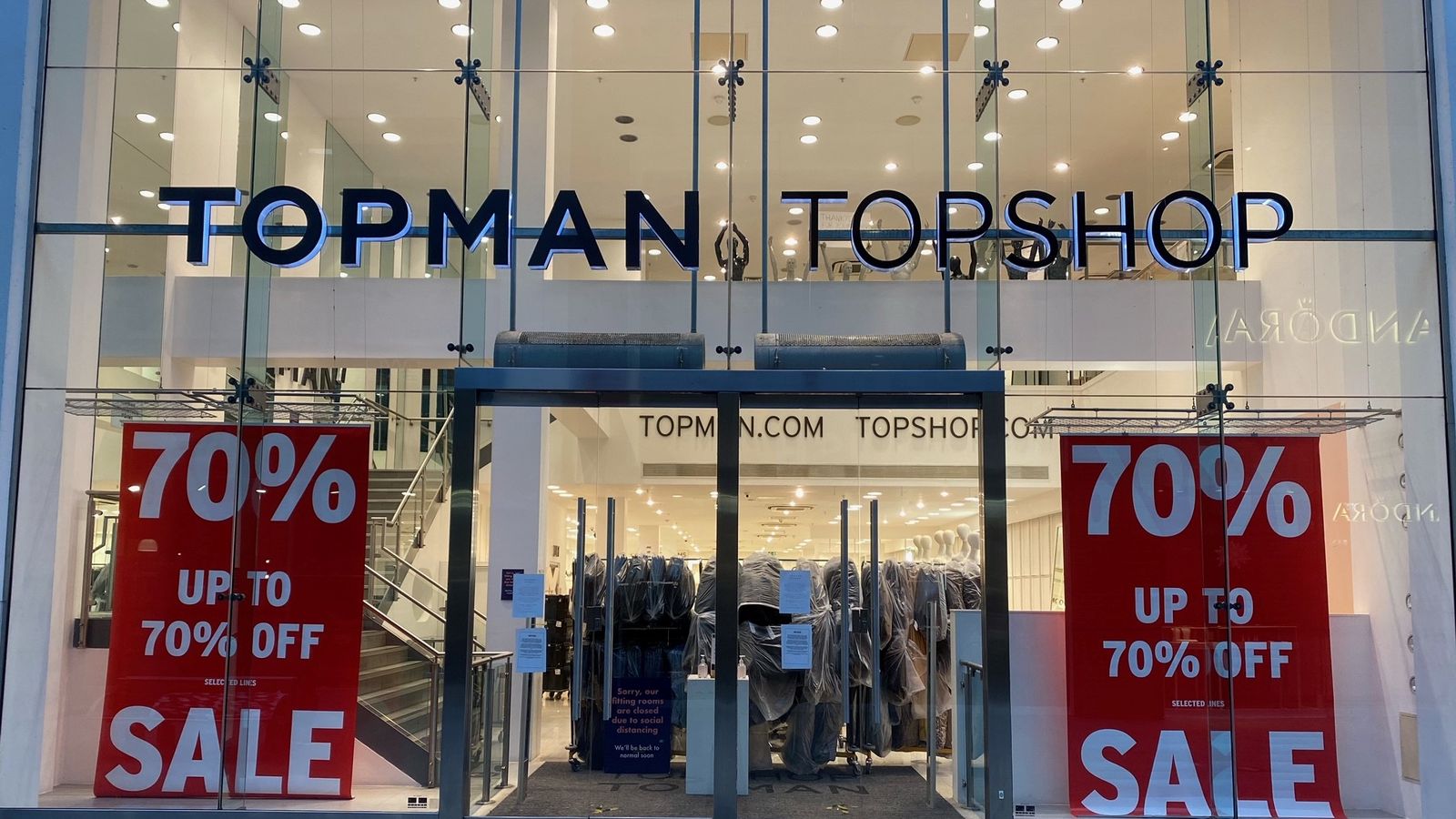 Next has pulled out of the bidding for TopShop as the auction of Sir Philip Green’s former high street empire enters its closing stages.

Sky News has learnt that a consortium comprising Next and Davidson Kempner Capital Management, a US investment firm, have withdrawn from a process being run by Arcadia Group’s administrator.

The surprise move comes days after Next and a handful of rivals tabled final offers for TopShop, with a separate process being run for other Arcadia brands such as Burton and Dorothy Perkins.

In a statement issued to Sky News on Thursday evening, a Next spokesman said: “Next plc announces that it has withdrawn from the process to acquire any, or all, of the Arcadia Group from the administrator, as our consortium has been unable to meet the price expectations of the vendor.

“Next was bidding as part of a joint venture with Davidson Kempner.

“Next wishes the administrator and future owners well in their endeavours to preserve an important part of the UK retail sector.”

The withdrawal of Next may clear the way for Shein, a Chinese online fashion retailer, to buy one of the best-known brands on the high street.

Shein is said to have tabled an offer worth well over £300m for TopShop and TopMan.

Other bidders include Boohoo, Asos and Authentic Brands Group, which is working with JD Sports Fashion.

Up to 13,000 jobs are at risk from Arcadia’s collapse, with brands including Evans, Wallis and Outfit seen as less likely to attract bidders.

The demise of Sir Philip’s empire follows the failure of retailers such as Cath Kidston, Oasis and Warehouse and Debenhams as the coronavirus crisis has exacerbated the financial pain being experienced across the British high street.

It is Arcadia’s appointment of administrators that is likely to emerge as the most enduring symbol of the pandemic’s impact on the economy.

Sir Philip bought the high street group in 2002 for £850m, and just three years later paid what remains one of the largest-ever dividends – £1.2bn – to Arcadia’s registered owner, Lady Christina.

For years, he was feted as a high street colossus, advising David Cameron on public sector waste during his period as prime minister.

In 2012, he sold a 25% stake in TopShop’s immediate holding company to Leonard Green & Partners, a private equity firm, valuing the fashion chain at £2bn.

Sir Philip was later to buy it back for just $1.