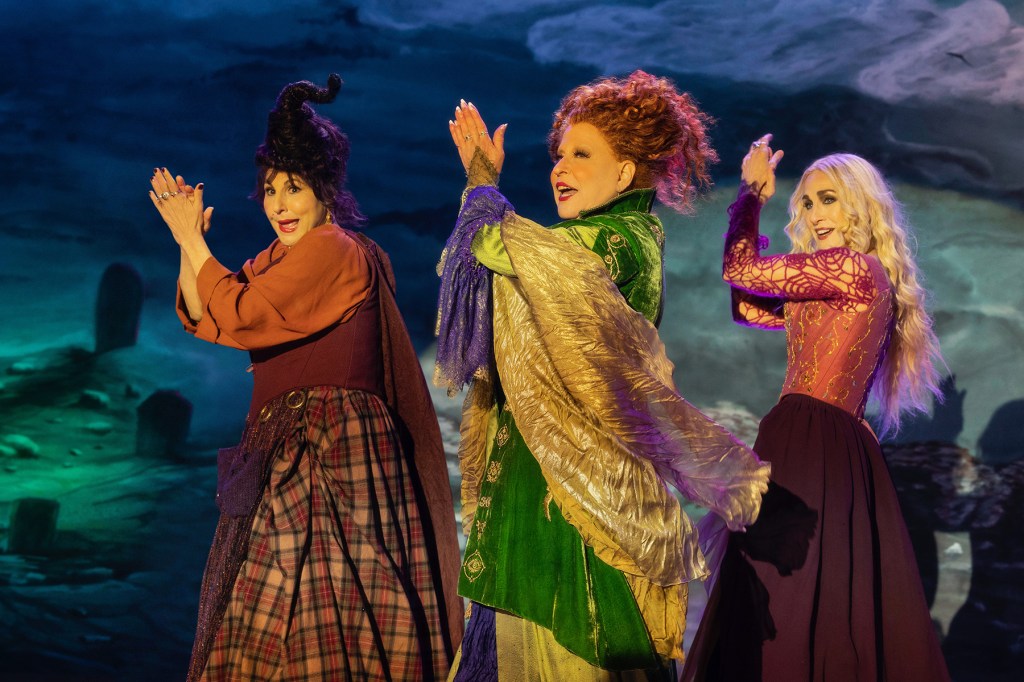 
Clair Voyance was three years old the first time she watched Hocus Pocus. She can still remember the sound the VHS tape made, and the way a blanket transformed into a makeshift cape when it was wrapped around her shoulders. But she wasn’t focused on the film’s child stars as they navigated their Halloween adventure. No, all attention was on the Sanderson Sisters. The three witches, played by Bette Midler, Kathy Najimy, and Sarah Jessica Parker, flounced on screen, singing “I Put A Spell on You” to a transfixed and delighted audience. For Clair, now an Orange County, California-based drag queen who stars in a Hocus Pocus drag show, it wasn’t just entertaining. It was magical.

Almost 30 years since the film’s premiere, Hocus Pocus’s legacy has evolved from a theatrical flop to a iconic piece of queer cinema. It’s a bond so strong that Disney cast RuPaul’s Drag Race alums Ginger, Kornbread, and Kahmora, to appear as drag Sanderson sisters in the film. But several drag queens say drag culture isn’t just important to Hocus Pocus — it kept the film’s legacy alive.

“Regardless of where you are, in the world, you go into a gay bar during Halloween, you’re gonna find three drag queens — one in a blonde wig, one in a red wig, and one in a black up-do,” Clair tells Rolling Stone. “They’re going to be performing ‘I Put A Spell On You,’ and it’s going to make you want to scream and throw your $1 bills.” 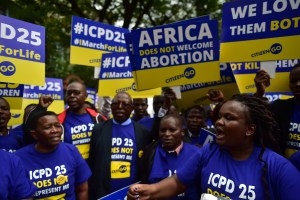 First released in 1993, Hocus Pocus focuses on Winifred, Mary, and Sarah Sanderson, three sister witches desperate to kill children before the end of Halloween in order to keep their eternal youth (played by Midler, Najimy, and Parker, respectively). The movie had poor reviews and only made around $39 million in theaters, according to Vulture, and was heavily criticized for hiding its stars under a mountain of slapstick makeup and over-the-top prosthetics — and equally over-the-top performances. But instead of fading into obscurity, the film’s sexy, slapstick approach to spooky season consistently drew at-home viewers. Now, the film is almost synonymous with the Halloween season and a staple at drag shows everywhere.

For the past 11 years, Nicole Halliwell, a Florida drag entertainer and Midler impersonator, has starred in It’s Just A Bunch Of Hocus Pocus: A Drag Tribute, which bills itself as the oldest and longest running Hocus Pocus drag show in the U.S. Halliwell says when the show first started, they were shut down by the fire marshall after 500 people tried to attend their 10 minute bar show, and the performance ballooned into a several-show affair. Now, it’s an hour-long production with sets and numbers, one that draws at least 2,000 visitors annually. The stars, who pride themselves on accuracy to the film’s iconic looks, were even invited to the premiere of Hocus Pocus 2.

“It’s funny how this little show turned into something so beloved in our community,” Nicole tells Rolling Stone. “It’s the experience of sitting down at a theater to see a drag show and then seeing all the love and time and effort put behind this and how much passion we’ve put into these characters, because all of us in this cast adore this movie.”

Bev, a Philly drag queen who stars in her own Hocus Pocus show as Winifred Sanderson, points to a history of Disney films, like The Little Mermaid or 101 Dalmatians, imbuing their villains with drag like-qualities — a pattern she says has inspired an a decades long history of drag versions of the Sanderson Sisters.

“The characters are essentially in drag. They’re such caricatures and archetypes that they’re easy to take on,” Bev says. “And the most iconic villains are always the ones that are way over the top, the kind you can sink your teeth into and have more fun [with].”

It helps that the Sanderson Sisters, at least their actress counterparts, are all considered iconic in the drag community for both their strong stances on LGBTQ-inclusion and presence in other queer staples like Sister Act, Sex And The City, and The First Wives Club.

“There’s something magical when you take three women who are gay icons in their own right, like Mandy and Sarah Jessica Parker and Bette Midler, and you put them in giant wigs and corsets and hoist them 30 feet into the air and have them be witches and do production numbers,” Clair says. “It just takes it to another level of fantasy.  It’s hard not just to smile through that whole movie.”

Pixel The Drag Jester, a Black New York drag queen who’s been performing for almost 10 years, says her experience with Hocus Pocus was minimal until she became heavily involved in the drag community. While she tells Rolling Stone  white queens are usually the most enamored by the film, she says she appreciates how the Sanderson Sisters exhibit existing drag ideals.

“It’s about strong women exacting their revenge, which we live for,” Pixel says. “But the storytelling of these witches really speaks to the drag community because it’s all those things. It’s over the top, it’s camp, it’s feminine, it’s about women with power. And I think drag queens really idealize those values and hold those values at the core of their being.”

“Disney took a hint at who kept this movie alive, and who kept these characters alive for the past 30 years, which was the drag queens,” Clair tells Rolling Stone. “Let’s just say, if the drag queens weren’t around, the sequel wouldn’t have been made. They’re the ones that kept it exciting for people.”

Even with a mainstream acceptance of Hocus Pocus’ influence on drag, the past year has seen a surge of threats and protests against drag queens, stoked by far-right talking points accusing queens of targeting children or promoting pedophilia.

“It’s a sad situation right now because, especially from inside the bubble of the drag community, we realize what this really is, which is people from certain political parties trying to take the focus off of the bigger issues by riling up their base,” Nicole tells Rolling Stone. “But drag has been around long before these people existed and it’ll be around after all of us are gone.”

There will almost certainly be backlash against the drag queens’ inclusion in a Disney film. But with Hocus Pocus, the drag community have already proven the staying power of bold, loud, unlikeable women — and none of the queens who spoke to Rolling Stone said they plan on being deterred by the threats.

“You take a movie that’s sort of like sacred in queer culture and you know that queer people are always gonna love it and appreciate it,” Clair tells Rolling Stone. “But it has sort of expanded beyond a queer cult classic into a deeply beloved coat film for everyone. And now we have this 30 year lineage of people reintroducing this movie to the next generation and them falling in love with it just as much.”