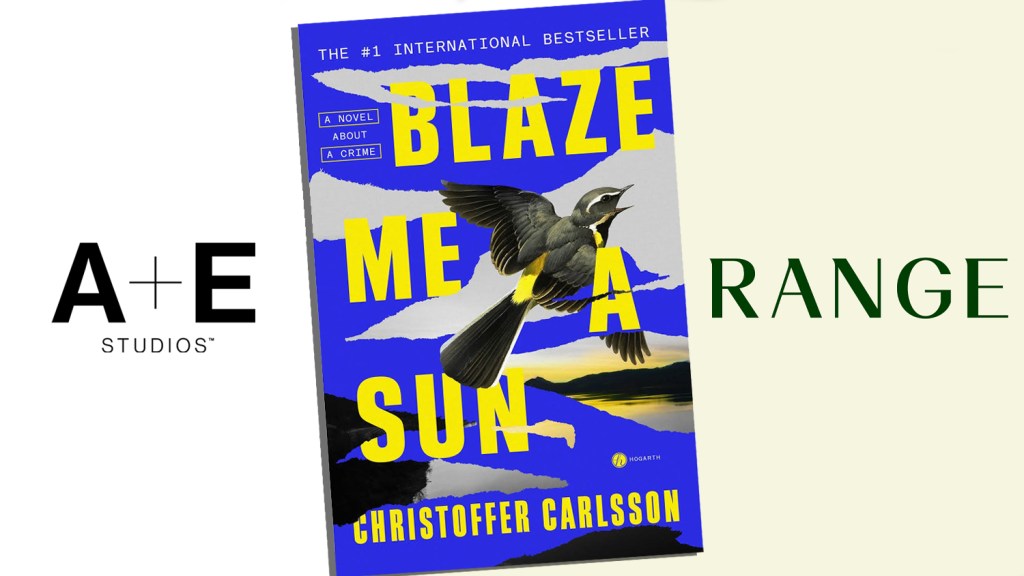 EXCLUSIVE: A+E Studios and Range Media Partners have prevailed in a competitive auction surrounding Swedish crime novelist Christoffer Carlsson’s International bestseller Blaze Me a Sun and its follow-up, Under the Storm, securing film and TV rights to both titles.

The announcement comes hot on the heels of Good Morning America‘s naming of Blaze Me a Sun as its Buzz Pick of the Week. The title, first published in the U.S. by Hogarth Books on January 3, tells the tale of a small town’s collective guilt when a serial killer commits his first murder the same night the prime minister is assassinated. Under the Storm has not yet been published in the U.S., though it’s currently available in Sweden.

“We are delighted to be working with Christoffer to adapt BLAZE ME A SUN and UNDER THE STORM,” said Range’s Co-Heads of International, Oliver Riddle & Thomas Daley. “The exploration of multi-generational obsession, grief, and its impact on families and communities, set amongst the back-drop of a fascinating and horrifying mystery, lends itself perfectly to the brilliant, bold and thrilling dramas RANGE Studios is producing.”

President and Head of A+E Studios, Barry Jossen joined A+E Studios’ Executive Vice President, Creative Affairs Tana Jamieson in adding that “A+E Studios is thrilled to be Christoffer Carlson’s creative partner in bringing his vision to television viewers around the world. BLAZE ME A SUN and UNDER THE STORM are beautifully layered stories of family relationships and shared traumas overlapping a suspenseful crime thriller. Carlsson’s characters will resonate with its fans, along with the newly expanded audience provided by its global television premiere.”

“I am incredibly proud and feel a great sense of joy and comfort with A+E Studios and Range Media Partners having acquired the rights to develop my work for the screen,” stated Carlsson. “They are not only amazing at what they do, they are also good people with strong creative visions and ambitions. They are the perfect match for BLAZE ME A SUN and UNDER THE STORM.”

Blaze Me A Sun marks the American debut of Carlsson, who is the youngest winner of the Best Swedish Crime Novel of the Year Award, the top prize for Swedish crime writers. Carlsson is also one of Sweden’s leading criminologists, holding a PhD in Criminology. Other works from the author include October is the Coldest Month, Master, Liar, Traitor, Friend, The Falling Detective and The Thin Blue Line.

Launched in 2013, A+E Studios is the award-winning studio unit of the global media company, A+E Networks. Notable titles that the company has produced for television include the David E. Kelley drama series The Lincoln Lawyer for Netflix and Big Sky for ABC, the Peabody Award-winning UnREAL, Project Blue Book and the Emmy-nominated Roots for The History Channel, the animated The Liberator for Netflix, the Warren Littlefield drama Reprisal for Hulu, as well as You from Berlanti Productions and Alloy Entertainment with Warner Horizon Scripted Television for Netflix. Upcoming projects include Parish for AMC Networks and the studio’s first Israeli local-language production, The Malevolent Bride — a supernatural thriller from Our Boys creator Noah Stollman.

Carlsson is repped by WME, Ahlander Agency and Tricarico Law.