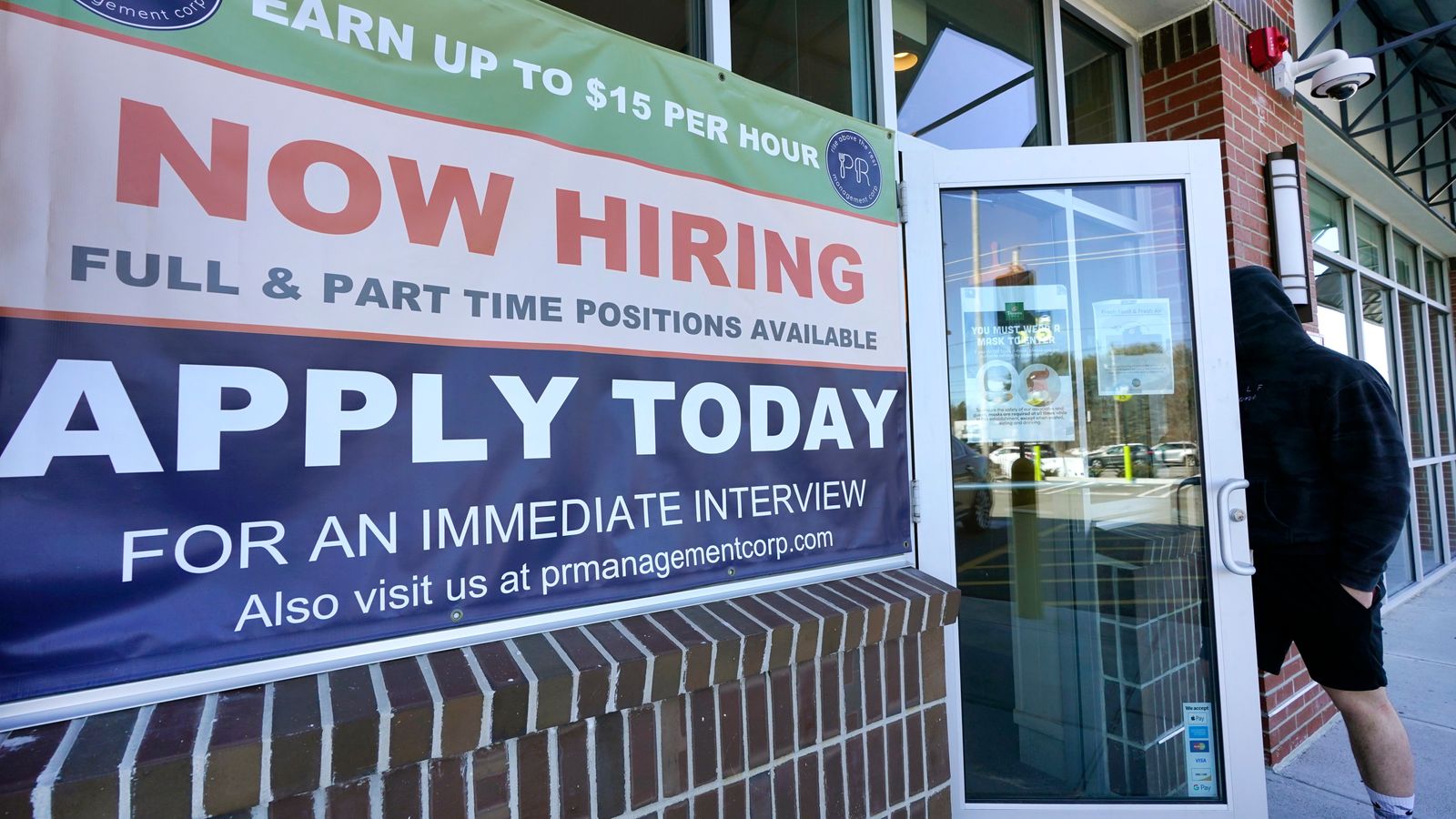 The US added far fewer new jobs this past month than anticipated, as a resurgent COVID-19 fuelled by the more transmissible Delta variant strikes hard across less vaccinated states.

According to data published on Friday, American employers added 235,000 jobs in August, well short of the 728,000 expected by economists – and down from just over a million in July.

It means the brakes have been well and truly slammed on what had been a rapid economic recovery this year, and shrouds the next few months in uncertainty.

In June and July, the US labour market showed clear signs of a rebound as the vaccination drive took hold and allowed the economy to return to some normality.

But economists say that the latest figures show that for as long as the virus is raging (more than 153,000 cases were reported on Thursday, according to Johns Hopkins University) the economy will never be back to full health.

“Today’s dreadful jobs report – which basically put the recovery on ice for a while – is yet another reminder that the virus is the economy,” said Justin Wolfers, an economics professor at the University of Michigan.

“Delta roars and the recovery retreats.

“In a few weeks we’ll get the geographic detail on the slowdown in jobs growth, and it’ll be interesting to see how much more dramatic it is in the Delta-afflicted South.”

In particular, the August jobs report showed a stark reduction in hotel and restaurant hiring, both of which are sectors that are sensitive to virus outbreaks.

Meanwhile, wages continued to rise in August, suggesting that employers are paying more than usual to tempt people back to work.

The US central bank has been closely watching the labour market for signals to begin withdrawing its support for the economy – but the latest jobs data will not be encouraging.

The Fed has been buying $120 billion in government-backed bonds each month to keep interest rates low, but in recent weeks, the conversation has turned to when and how to taper off this support.

In July, the Fed said it was monitoring the spread of the Delta variant of the coronavirus amid concern that it could hold back parts of the economy.

Jerome Powell, chair of the US Federal Reserve, said it might affect dining out, travelling and the reopening of schools, or discourage workers from returning to the labour market.

Android 12 Causing Touch Response, App Crashing Issues for Some Google Pixel Phone Users
Heathrow ‘on the cusp of a recovery’ with first full quarter of passenger growth since 2019
Dr. Phil and CBS Sued Over Alleged Sexual Assault of Teen at Ranch They Recommended
Book Riot’s Deals of the Day for October 24, 2021
Mark Hamill Talks Joining Shudder’s Creepshow and His Love of Horror